In the next few posts, I’ll share my favorite outings, trips and images that I captured in 2015. I will not rank them, as pulling a few “best” images out of thousands I captured this year is a difficult task alone; ranking them would probably be next to impossible! But one trip did stand out as one of my all-time faves … a trip to northeastern Wyoming, to the Devil’s Tower National Monument. This was my first visit to the area and I was attending a photo workshop, learning how to capture night images of our magnificent skies. I learned how to capture star point images (with sharp, crisp stars, star trails, meteors (this workshop was held during the annual Perseids meteor shower), and Milky Way images. It was a very intense workshop, but we learned much and walked away with some wonderful images. So here’s one of my favorite photo trips of 2015:

If I was pressed to label my “#1 favorite image of 2015”, it would probably be this image of the Devil’s Tower, with a multitude of stars in the skies and the Milky Way stretching across the sky. And the yellow horizon line is not sunset, as some people think, but was a result of lightning behind the approaching clouds! And directly above the tower is one of the many Perseids meteors we saw/captured: 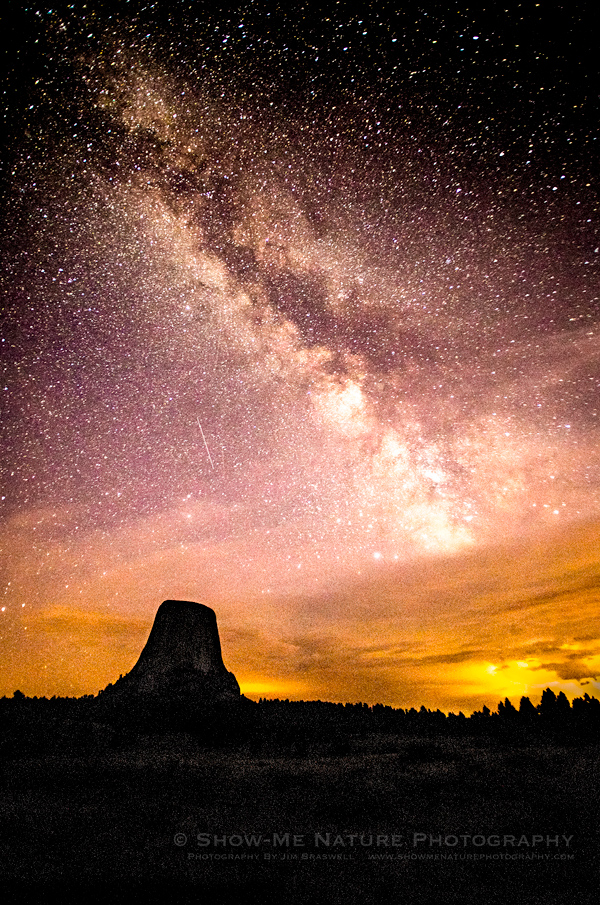 On one of the final nights of the workshop, I captured this star trail image of the stars over Devil’s Tower. The tower was “lit up” by one of our instructors “light painting” the tower, from it’s base, as we photographed. And the bright white line on the tower was caused by lighting carried by a pair of rock climbers that were descending the tower after climbing to the top: 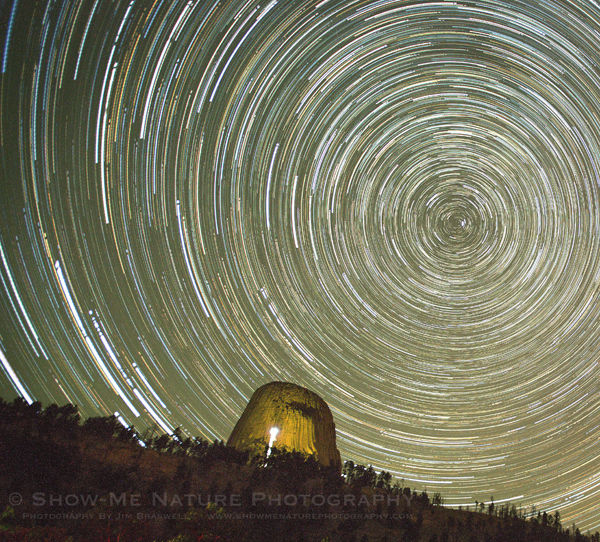 On another night shoot, I was able to capture a couple of Perseids meteors flying across the sky (the second one is perpendicular to the bright meteor, and just to the right). This image also ranks high in my memory bank as green “air glow” was captured in this image. Air glow is the green streaks seen in the image, below, and is caused by light reflecting off air particles: 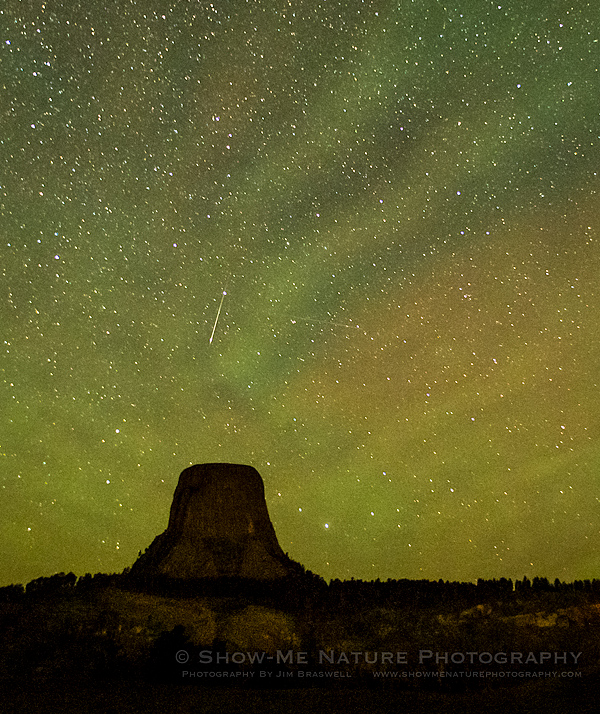 Definitely a trip to remember! And very inspirational to me. In fact, I’m planning out a trip (possibly a small group workshop) to capture the night skies in August 2016, when the Perseids once again fly over our heads!