(This post first appeared early in 2012, on a photo outing to capture some Short-eared Owl images):

Over the weekend, I traveled to southwest Missouri to have some more Foto Fun with the Short-Eared Owls (Asio flammeus) that are wintering in some of the Missouri prairies. Well, the first evening was a bust. Short-Eared Owls were present at Wah-Sha-She Prairie, but their behavior was not conducive to photography. The weather was not very good for watching the owl display … too windy and a heavy cloud deck made for very dark conditions. We saw owls, but they were not “hunting”; instead, they all seemed to lift from the prairie and fly over us to another area.

But we did have one unexpected, but wonderfully exciting guest show up at this prairie (the following morning) … a Snowy Owl (Bubo scandiacus).

In this first image, he is contently sitting on a conservation area post: 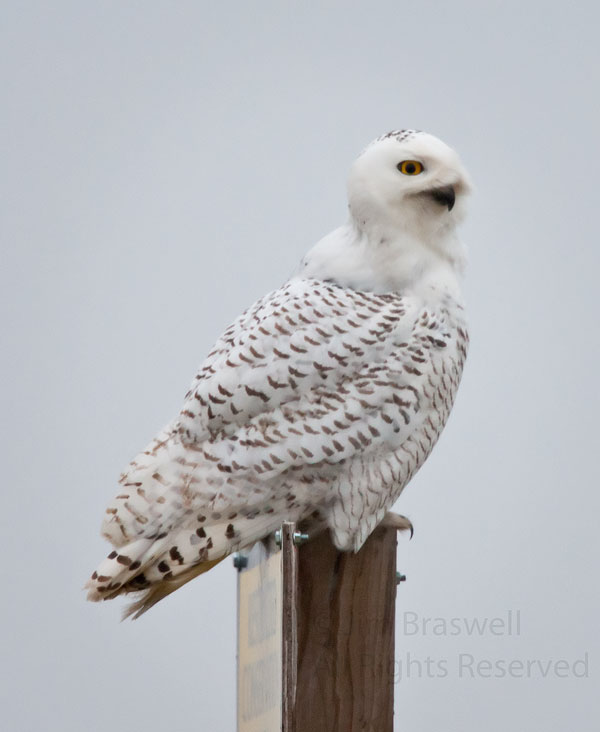 He seemed to be quite comfortable with us nearby. After a while, he began preening: 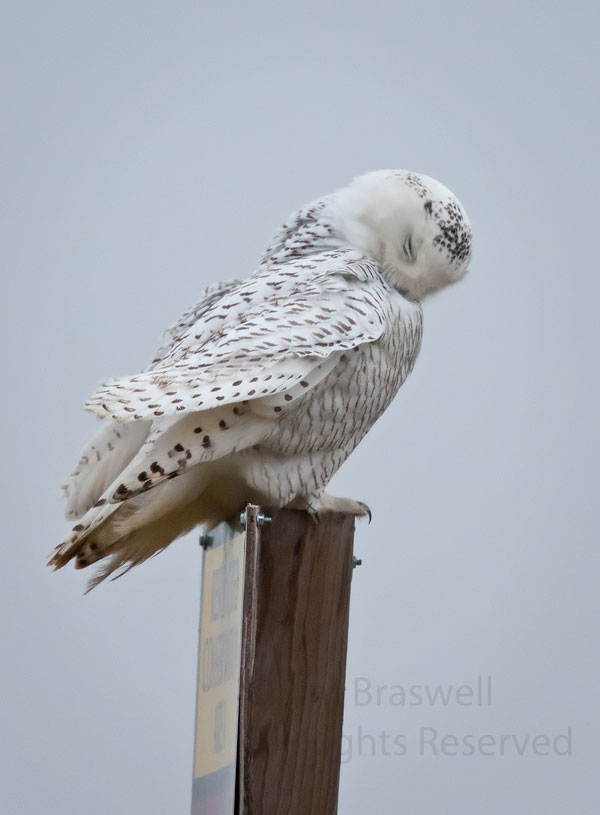 Then, back to just sitting on the post (by the way, ironically the sign reads “Restricted Conservation Area: No Trespassing”): 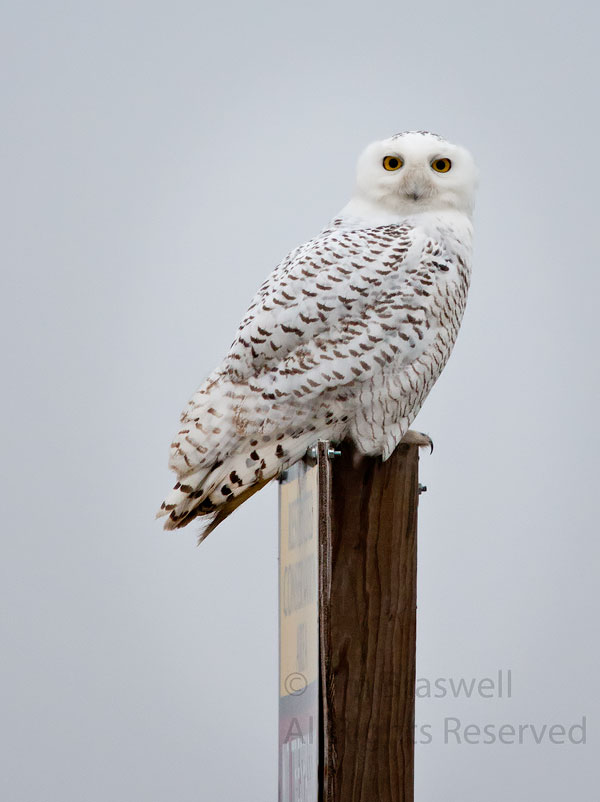 If you’re not going to be able to photograph Short-Eared Owls, this is a quite nice alternative! And by the way, I saw a spectacular Short-Eared Owl display the second evening on the prairie. I’ll post some images of that encounter in another post.

And if you missed my earlier post on Snowy Owls migrating into Missouri, here is a link: