With today being a holiday, I’m deviating from my normal nature posts, but will be back with more nature tomorrow!

Yesterday, I celebrated Father’s Day with my two daughters, at “The K”, Kauffman Stadium, where the Kansas City Royals baseball team plays. While I was in the hospital in May, I was watching the Royals play the St. Louis Cardinals on tv. I mentioned to my son-in-law that I needed to get back to the K for another Royals game; after all, my last game there was in the early 1980’s, a few years before the 1985 World Series. In June, after I was dismissed from the hospital, I found out that my two daughters, along with their husbands, were planning on taking me to a game on Father’s Day. But with my many restrictions after surgery, I was not able to do much. So they all decided that we’d go later in summer, after my head injury healed and I was able to get around. So yesterday was our “Father’s Day”!

We arrived early at the K, then had some sandwiches at our vehicles, ala “tailgating”. Closer to game time, we entered the stadium and made our way to our upper deck seats, near the rightfield foul pole. We had a great, birds-eye view of everything at that location! It was super hot (mid-90’s, with full sun), but everyone had a great time! Unfortunately, even after a late inning rally, the Royals lost to the Chicago White Sox, 7-5. But we still had a great time, especially getting pretty close views of 2 Royals’ home runs, by Jarrod Dyson and Mike “Moose” Moustakas. I took my point/shoot camera with me (with the stadium restrictions, my telephoto lens would have been “borderline ok” to take, but I wanted something more convenient, and something I was sure I could enter with. Here are a few images I made with my Canon SX50HS camera:

The view from our seats: 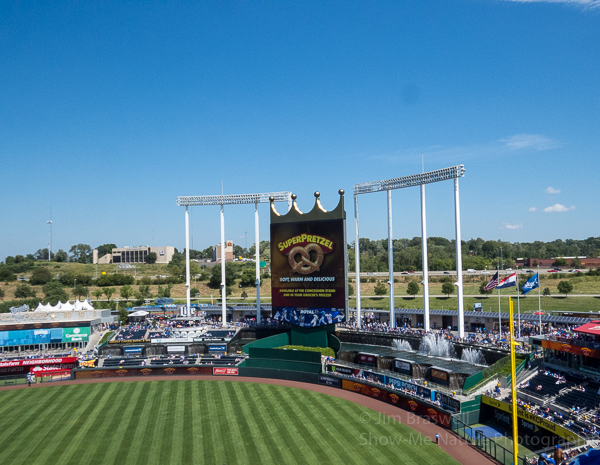 Mike “Moose” Moustakas at third base: 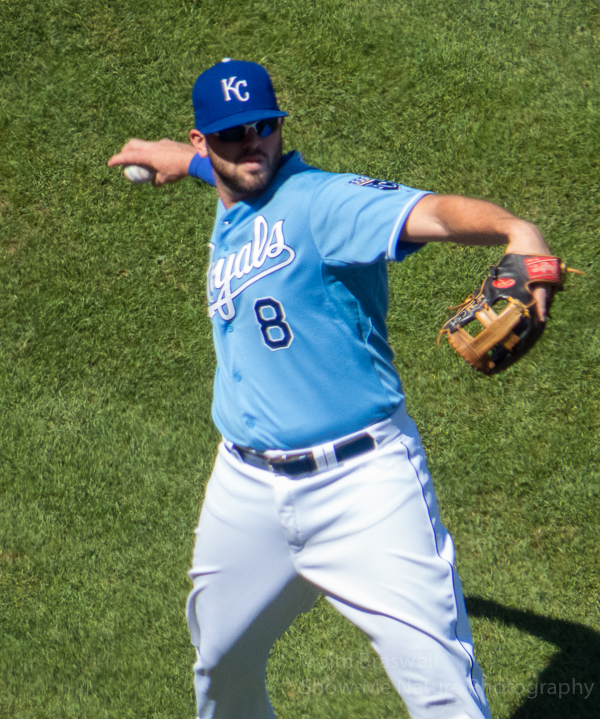 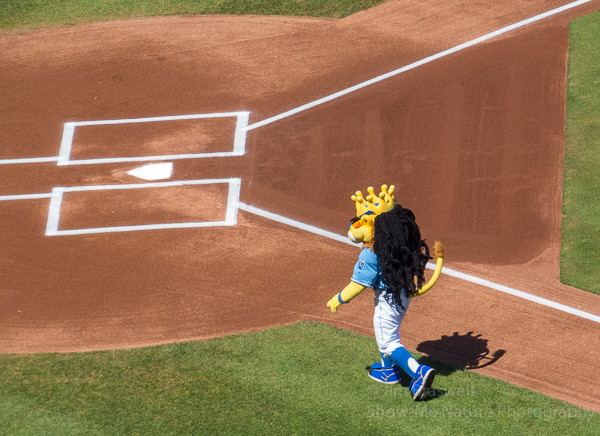 Just prior to the game, pitching coach Dave Eiland, pitcher Jonny Cueto and catcher Salvadore Perez walk from the bullpen to the Royals dugout, discussing strategy as they walk: 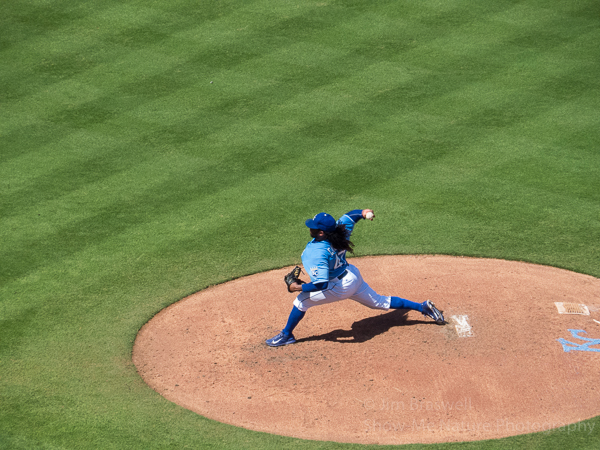 Later, in relief, Chris Young pitches to the White Sox: 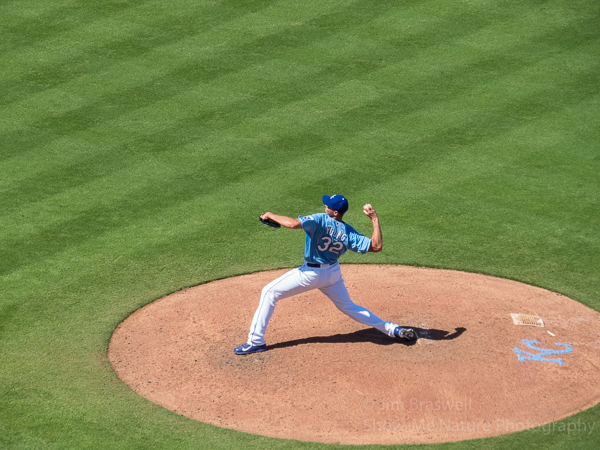 All Star Alex Gordon takes a swing at a pitch: 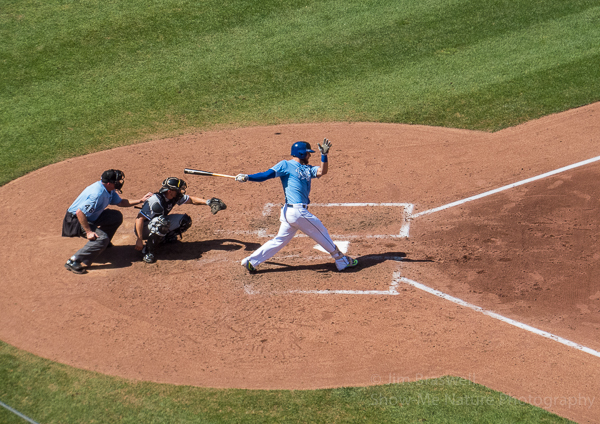 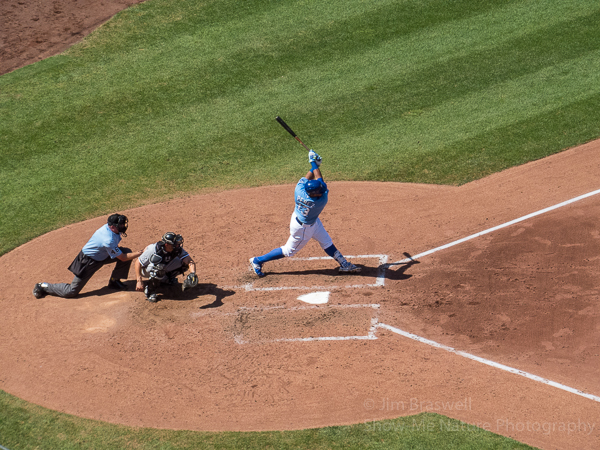 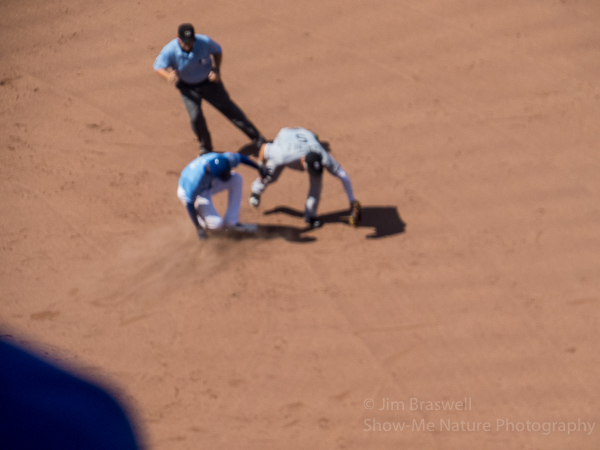 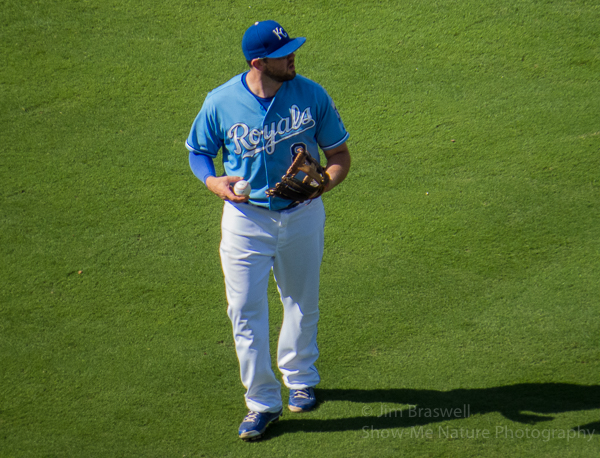 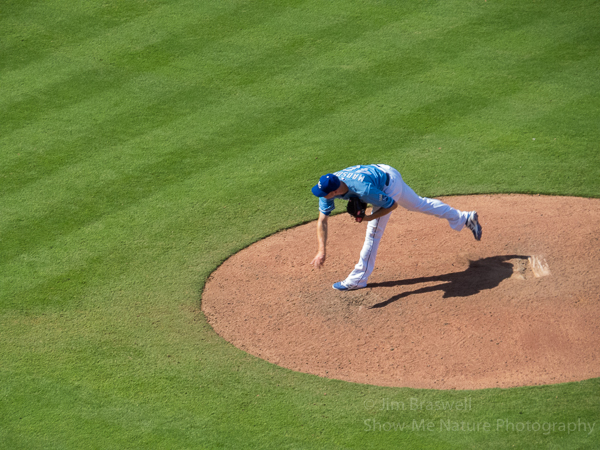 White Sox centerfielder Eaton safely slides into second on a deep ball he hit to left field, with Alcides Escobar ready to apply the tag if Eaton loses contact with the base: 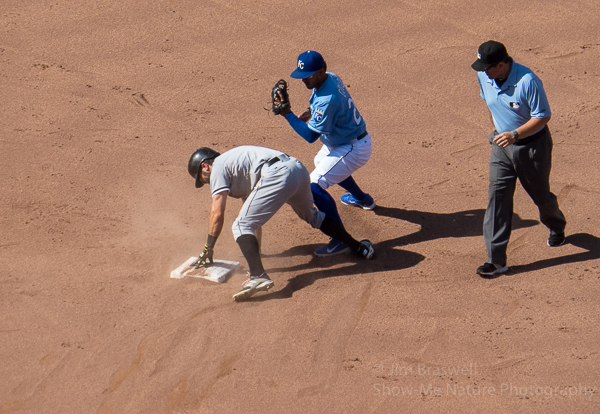 Centerfielder Jarrod Dyson uses his glove to block the sun, just before he catches a towering fly ball: 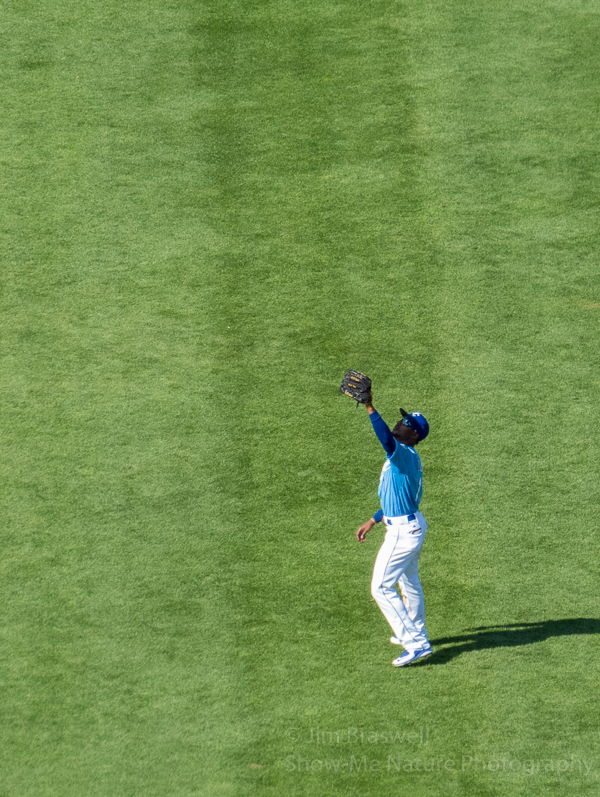 A very warm day at the “K”, but loads of fun with my family!