With the slowdown in the number of rains moving through our area, I was able to get out in the kayak 3 times this past week. I am currently working a State Conservation area that is about 10 miles from my house. When I awoke yesterday morning, it was looking doubtful if the weather would hold out for me to kayak, but decided to give it a try anyway. Good decision, as clouds began to break up and even gave some pretty nice colors around sunrise. Here is a photo of the area, from the kayak, that I made with my point-and-shoot camera: 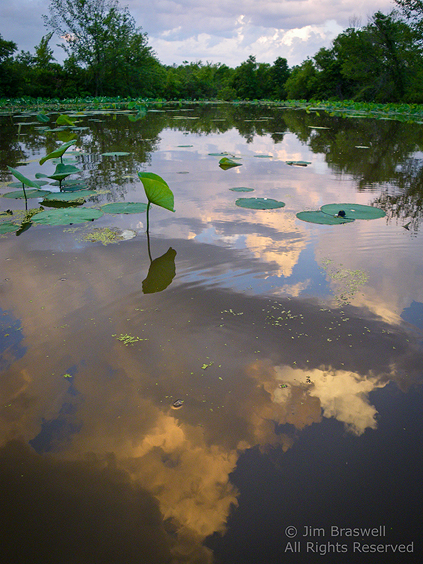 Among my finds today was a school of small catfish fry. I was glad to finally see these … as they grow a bit bigger, they will cause a feeding frenzy with our local Green Herons and Belted Kingfishers. I’ve seen both kinds of birds at the area recently, but they don’t stay around long due to the lack of small, “bite size” food. Here is a point-and-shoot photo of the school I found, swimming next to the kayak while I was among the American Lotus plants: 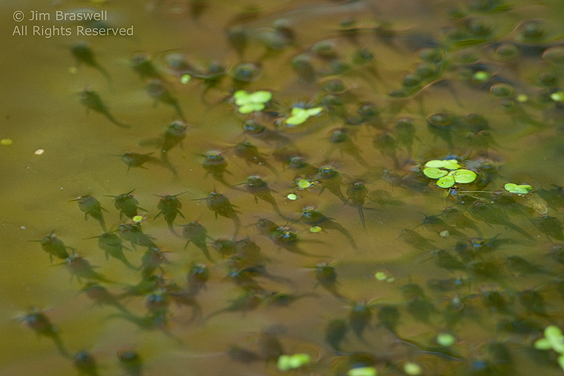 As I was floating in the water, waiting for some photo ops to appear, I looked up and saw this next guy watching me from the bank. I hadn’t seen any Raccoons for a few days, partially due to the rapid growth of the American Lotus plants, which makes it difficult to see a lot of the shoreline. 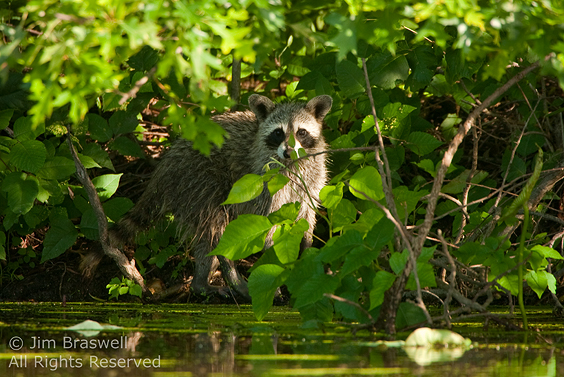 And the last image I’m highlighting today is a juvenile Eastern Pondhawk dragonfly (Erythemis simplicicollis). These guys are flying around everywhere right now. As young, they start out green, but the males begin turning blue, until they mature into a solid blue. As you can see from this image, there is still a bit of non-blue showing, but won’t be long! I’ve titled this image “Pondhawk Gymnast” … looks like he’s performing a handstand, doesn’t it? Maybe he’s showing off for the girls! 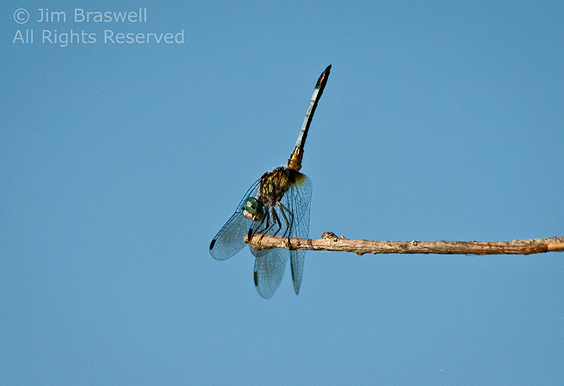