A Kentuckian Meets a Missourian (Re-post)

Well, I finally did it … been thinking about hauling my 500mm lens and equipment up the hill to the upper prairie meadow for some time now, but the thought of lugging the stuff up the hill was always a “no vote” for the idea. Not that I don’t enjoy photographing with it, it’s just that I’m still a bit tentative hauling it around for any distance or under any harsh conditions. This all started in 2007, when preparing for one of two Alaska trips I took that summer.

The first trip went uneventful, as we saw/photographed the great brown bears of the coast of Katmai. The second trip was also in this area and I was planning on making a strenuous, side trip up to the alpine region to find/photograph a brown bear den (while the bears were still down in the valleys). So, after returning home from the first trip I stepped up my conditioning program. Up until now, I regularly walked ~2.5 miles every morning, up and down the hills of our rural Missouri home. Wanting to be prepared for the alpine trek, I stepped up the conditioning so that I was walking 5 miles every morning. Things were going well for the first couple of weeks of the program. But by the third week, I was starting to have some pain in my left heel/ankle area. Thinking I was just “out of condition”, I forged on with the program. After another week, the pain became excruciating and I could hardly walk. A trip to my family doctor, followed by a trip to an orthoepedic surgeon, found that I had developed Tendenosis, a tearing of my Achilles tendon.

To make a long story short, I’ve been on several doctor-supervised programs to repair the damage, most often wearing a “walking boot” for 6-8 weeks at a time, followed by plenty of stretching and again getting into a walking program. But most of the time, I have ended up with pain coming back and developing Tendonitis (inflammation of the Achilles tendon). And everytime, the doctors seem to act like everything’s ok. So, I’m real reluctant to do much strenuous exercise on my left leg! But I finally decided to bite the bullet and give it a go … glad I did!

This post is the first of several that will highlight some of the birds I’m encountering at the prairie meadow. This first bird happens to be a “life bird” for me … tickled to find it! It is a Kentucky Warbler (Oporornis formosus) and we are located right on the edge of it’s western distrubution range. From my reference books, the Kentucky Warbler normally is a shy bird and mostly seen on the ground, or at least in low, dense brush. I was fortunate to see it in a small tree. Here are some of my favorite images I made: 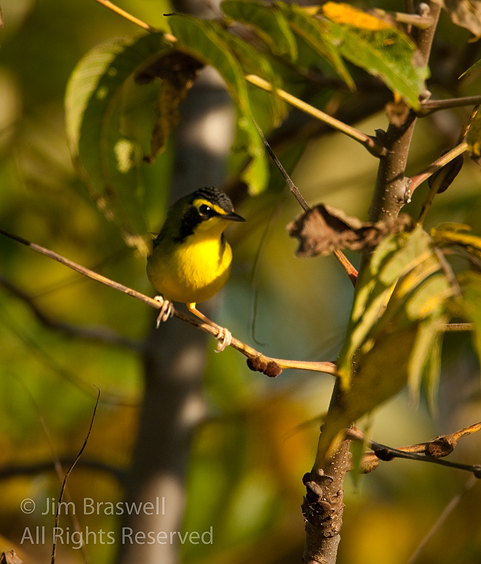 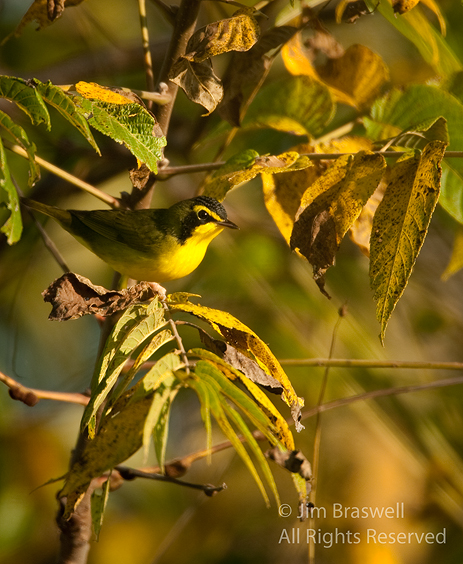 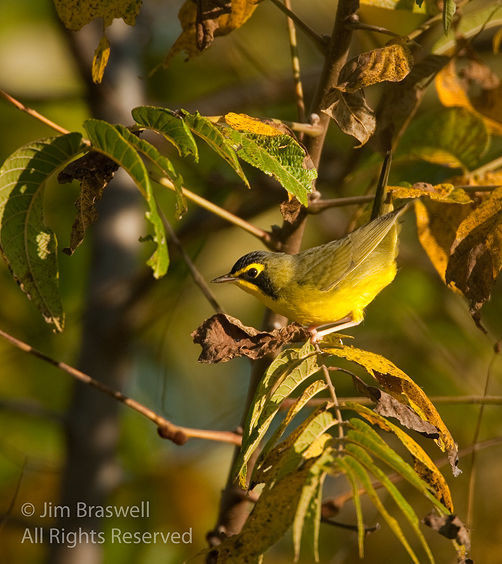 The Kentucky Warbler was only one of many birds I saw today. Stay tuned for more! And by the way, I made the trip up the hill and back with no issues and no pain. So, guess where I’m heading right now? See ya later! :o)

If you enjoyed this post, please feel free to share this link with others who you feel may enjoy it!