A “Life” Mammal … on Top of the Mountain!

If you missed yesterday’s lead-in post for today’s feature, you might want to read it first (“Hiking to Crater Lake”).

Today’s post features a “life” mammal for me, one I had never seen before. The lucky guy, an American Pika (Ochotona princeps). About three quarters of the way to Crater Lake, at an altitude nearing 10,000 feet, we began seeing these little fur-covered balls of fun! They are quite small (~6″-8″ long), resembling a miniature rabbit with large ears, or possibly just a large rat; in fact, some of the common names for the pika include “whistling hare” and “piping hare”. We had a lot of fun trying to photograph them as they scurried about, collecting mouthfuls of green plants (they are extremely quick and difficult to photograph when they are on the move!). Researching the pika, I found that they do not hibernate; when the cold winter sets in, they remain in their underground den, deep among the rocks. To prepare for winter, they collect large quantities of green plants and then proceed to “lay them out to dry”, as our Midwest farmers do to make hay. After the plants have dried, they store them in their dens for winter. They live among loose rocks, often called talus slopes, where they can quickly dodge between the rocks if a predator approaches.

Here are a few images I made of the pika that we encountered as we hiked the Crater Lake trail: 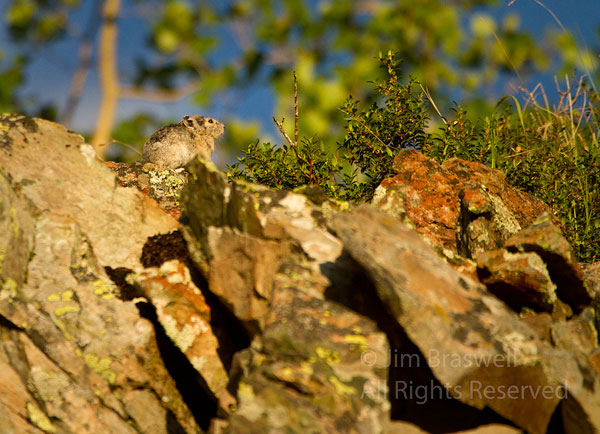 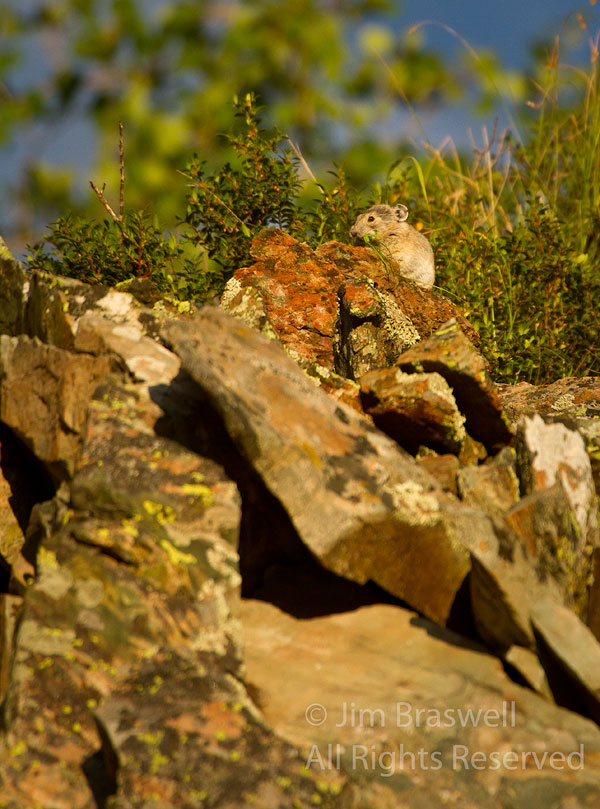 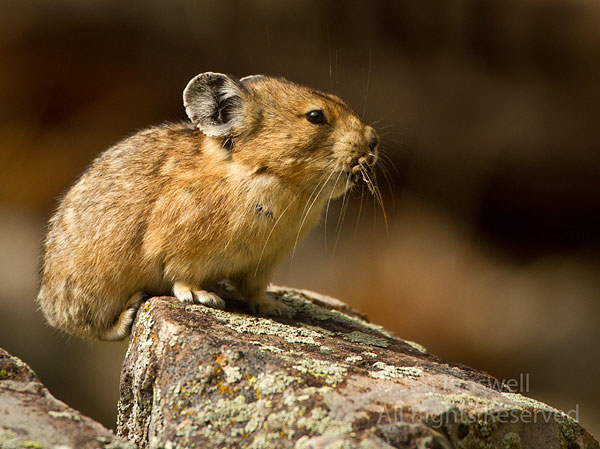 And this next image has an important photography lesson associated with it:

The above pika scurried across the hiking trail, just in front of me, ending up under a small shrubby plant. As we trained our eyes into the plant, we could see the little guy “hunkered down”. He was only a few feet away, in fact so close that I was afraid he was inside the Minimum Focal Distance (i.e., the closest distance a subject can be from the lens, and still be able to focus on the subject) of my lens. Fortunately, I could still focus. But he had a lot of shrub branches in front of his face, which sorely detracts from the image … what could I do? Well, a few years ago, I would likely have moved around and tried to find an angle where nothing interfered with grabbing a clean shot of his face. But my minimal experience with the pika told me the pika are so skittish, and so quick, that any movement on my part would likely cause him to skamper off. So, my only alternative was to shoot as clean a shot as possible, and maybe try some “deep cleaning” with Photoshop later. I chose the latter and got the above shot. Now, I have to only decide if it is worth the time to remove the branches in Photoshop … add to my “To Do” list … “Check”. And by the way, the lesson? Know your subject and it’s behavior for the best images possible.

On subsequent days, I saw many more Pikas, so I’ll likely have some more images posted soon. In fact, I am planning a “Fun Friday” post with one of my Pika friends this Friday … a series of images exhibiting some fun behavior that is cute!