First, I’d like to thank all my friends for the warm wishes, thoughts and prayers for me and my family as we celebrate my dad’s life, following his death last Thursday. Services were concluded Tuesday afternoon, capped with a full, military color guard at the gravesite. Dad was always so proud of his military training (he was a gunner in a bomber, in the US Air Force), and I’m sure he was smiling as the color guard gave him an appreciative send-off.

Starting on Monday, we have received several small rounds of snow … the first real snow of this winter for us, which is rather unusual. As I awoke yesterday morning, we were again receiving a round of snow, so I grabbed my camera and headed for some nearby woods. I had been hoping to find some Eastern Bluebirds to photograph in the snowy environment, but none were found. I did find some other species of birds, as well as some beautiful landscapes in the snow. Today, I’ll feature a few landscapes I captured (all were taken with a 100mm-400mm telephoto lens, as I had decided to go light with the fresh, powdery snow).

When I first entered the woods, I had to cross a small, shallow stream. With pockets of snow on many of the rocks, this was the sight I encountered: 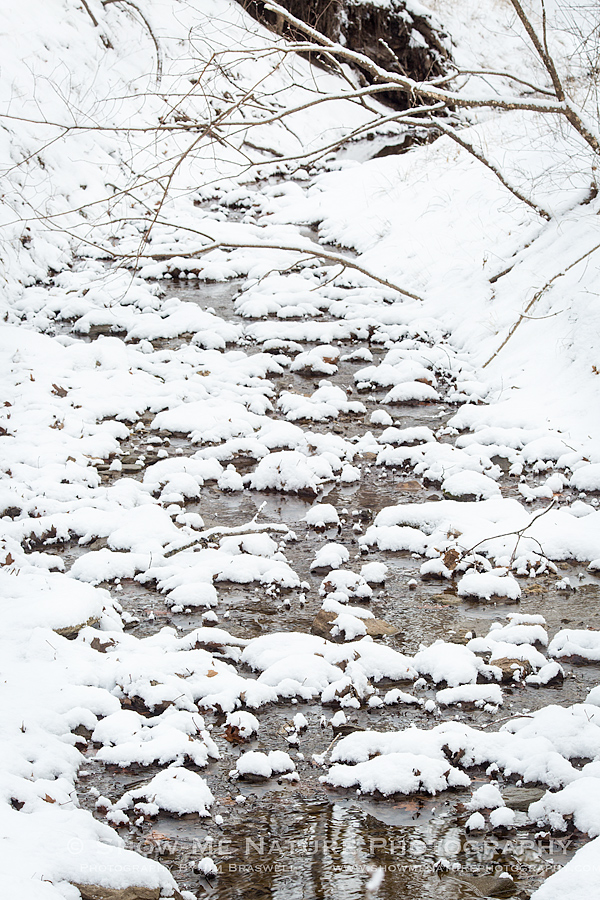 Entering the woods, I decided to stand quietly near some large trees, hoping that some birds would fly in. Since the bird activity was very low, I captured this nearby tree trunk that beckoned me with it’s glistening, fresh snow (at that time, I was wishing I’d brought my macro lens with me!): 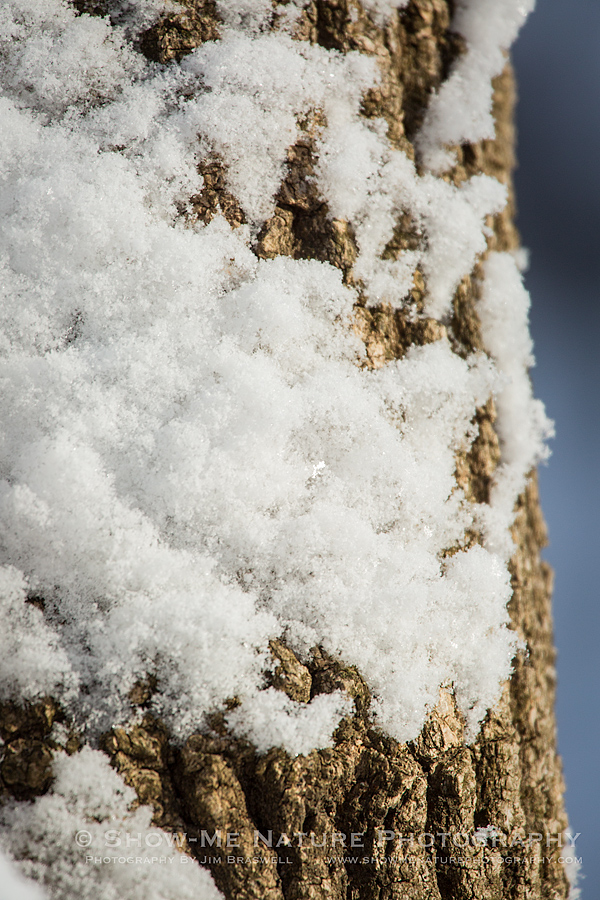 A little later, I ran across the landscape that most captured my attention for the day … a usual wide creek was “pinched off” by snow and ice forming on the surfaces near the banks: 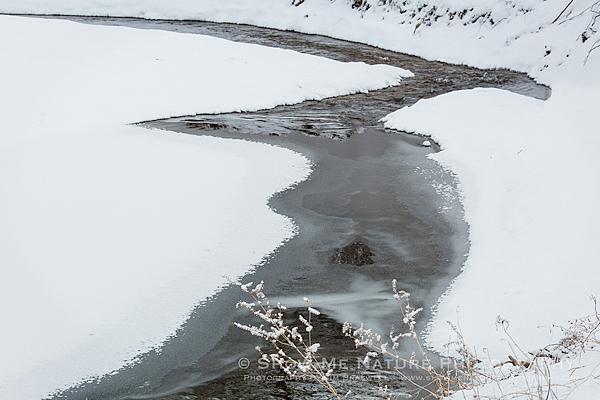 The wandering lines of the creek were what really caught my eye!

In another post, I’ll feature a few of the birds I photographed in this fresh snow.