My recent Baja posts primarily focused on the Grey Whales of Laguna San Ignacio. When we left this area, we ran upon a pod of ~12 Humpback Whales (Megaptera novaeangliae) that began breaching, tail lobbing, and fin slapping, non-stop, for well over 30 minutes. With so many of them, there was barely a second that there wasn’t at least one whale out of the water! I have seen breaching Humpbacks and Orcas before, but nothing like the display we witnessed in Baja!

The images were extremely difficult to get of these magnificent creatures. When we found them, the water was very rough and it was a major job just to stand still and photograph! And when we left the whales, the boat’s captain explained to us that the water was getting to be “unsafe” for our 100-foot boat. Nevertheless, this has got to be one of the grandest experiences I have ever witnessed with marine animals! I bring to you the Acrobatic Humpbacks of Baja: 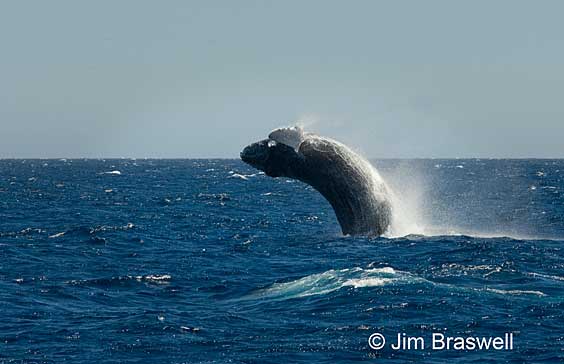 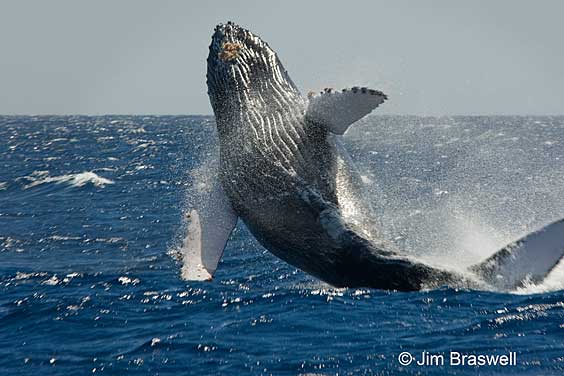 This guy was sooooo close to being 100% out of the water! 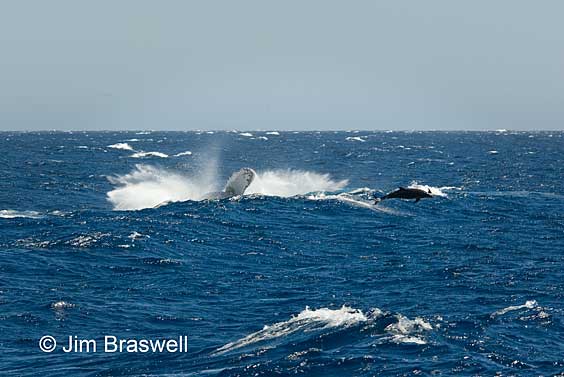 Just as this whale hits the water, a dolphin emerges (and you might be able to see the fin from a second dolphin, behind this one) 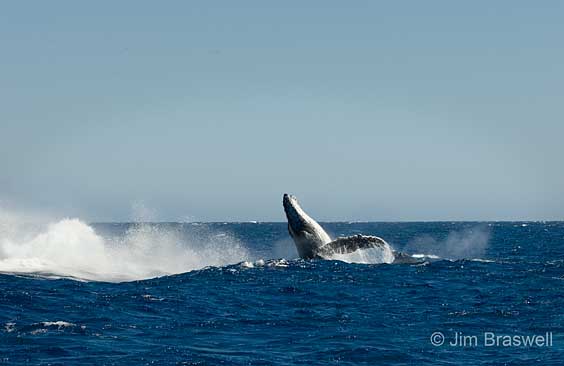 As this whale emerges from the water, you can see the splash of another one, on the lefthand side of the image 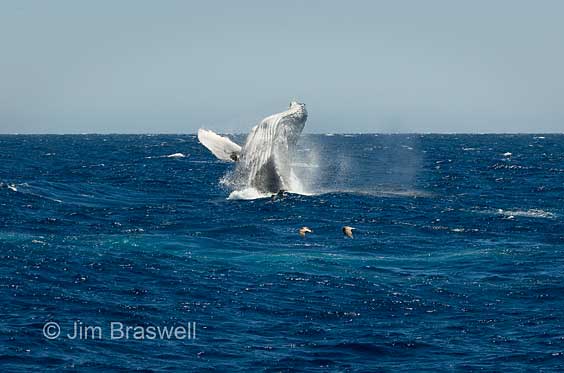 This whale is twisting as he breaches. Note the head twisting in a clockwise direction. 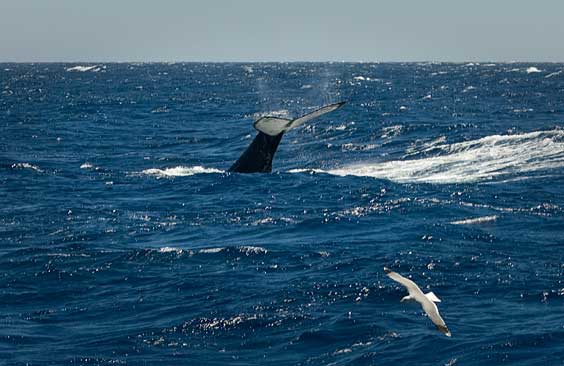 This Humpback lifts his tail high out of the water and prepares to slap it against the water surface, an activity called “tail lobbing” 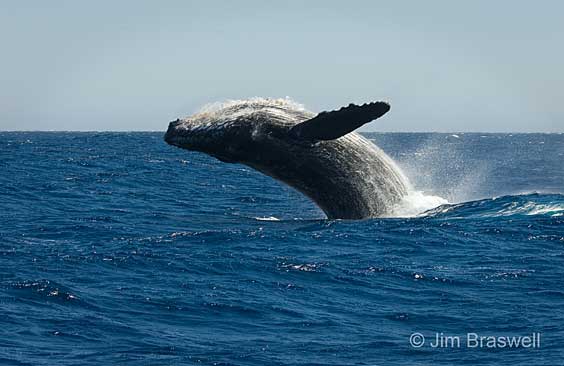 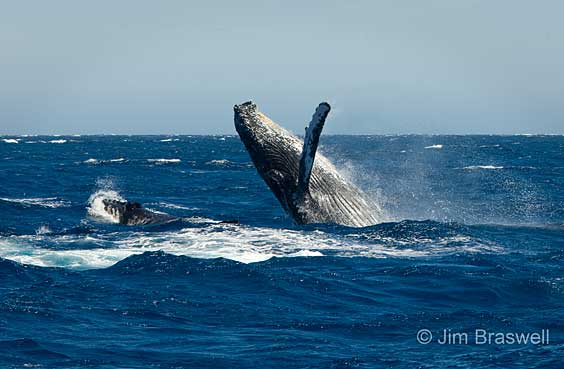 And this whale is about to land on another Humpback that has just breached! 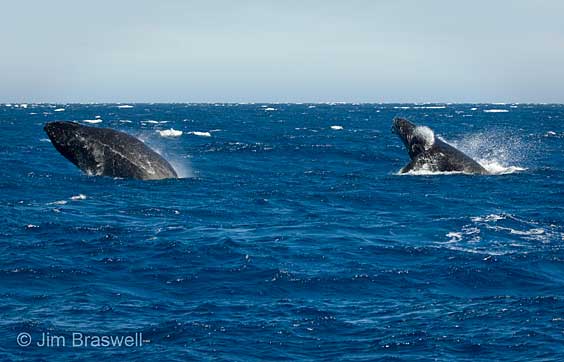 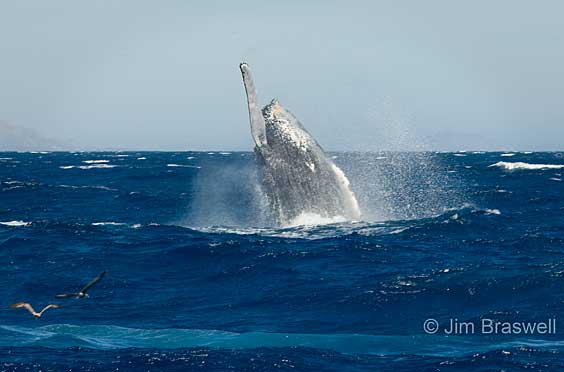 This Humpback breaches with a “Baja Salute” to us! 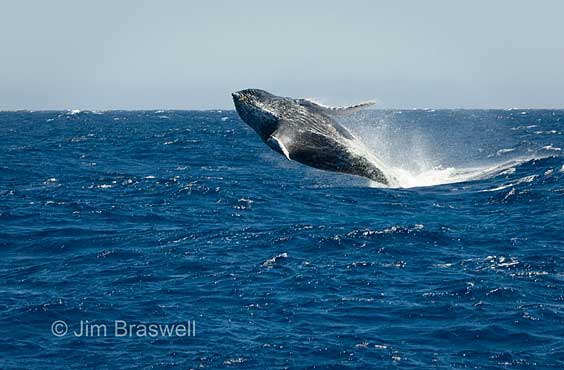 Another total breach out of the water

And one final, good-bye breach! 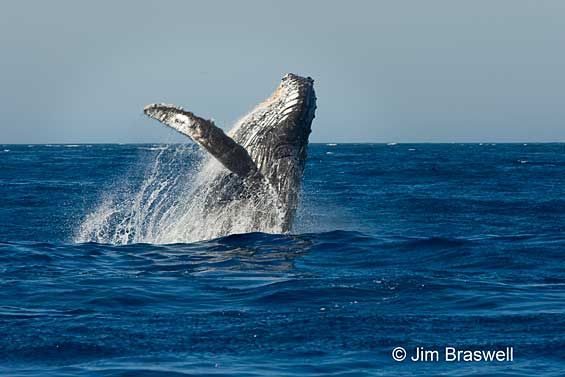 Hope you enjoyed the Baja Humpbacks. I will be posting more Baja post in the coming days, featuring some blue whales, dwarf sperm whales, manta rays, and mobula rays.