After I completed my kayak on Tuesday morning, I loaded up the kayak and headed to the nearby natural prairie for a quick hike around the upper meadow. Upon completing that, I began the drive back to my rural home. Since the kayak area was on the way, I made a short detour to drive through and see if anything interesting was happening. As I drove down the gravel road, a juvenile Red-tailed Hawk (Buteo jamaicensis) abruptly flew up into the air (he had been in some tall grasses at the edge of the road) and flew across the road in front of me. As he started to land in a small tree by the road, I noticed he had a mouse in his talons. Not wanting to miss any photo opps, I drove another 1/8 mile and turned around. I immediately got my camera ready (set the correct ISO, aperture, etc.), rolled down the passenger window (he would be on the passenger side as I approached the tree), and began driving back to the tree in a slow manner.

I feared he had only landed in the tree for a brief stop, before moving on to another location. But he was still sitting in the small tree and was beginning to work on his capture. I slowly pulled to the edge of the road (the opposite side where the hawk was located) and captured several bursts of images. After I was sure I had a few decent images, I slowly pulled away to leave this youngster with his meal.

Here are a few of my favorite images (CAUTION: the last image is a bit graphic). As I pulled up to the tree, he was busy devouring the mouse: 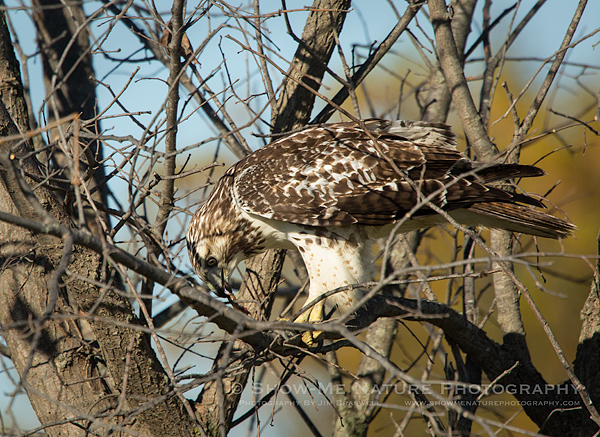 After finishing that bit, he looked up momentarily to check out his surroundings: 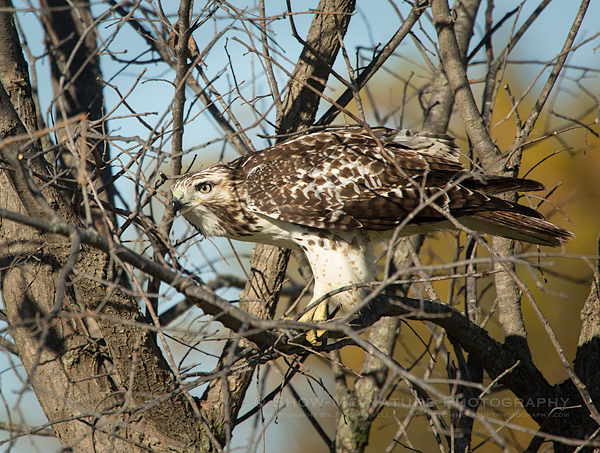 Then resumed his meal … yep, definitely was a mouse: 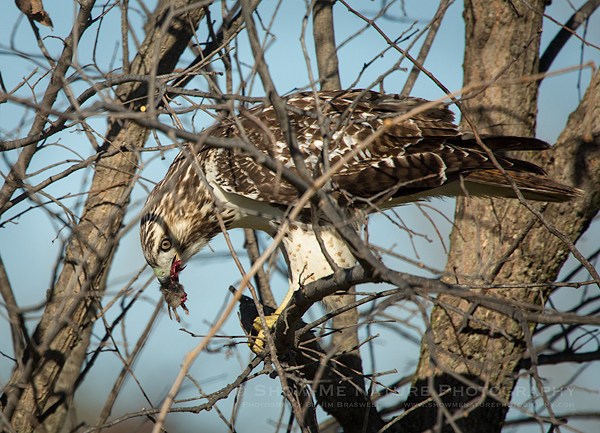