Baja, and the “Drunken Sailor Bird”

Today’s post, the last from the beach area of the La Paz harbor, highlights one of my all-time favorite herons, the Reddish Egret (Egretta rufescens). If the title of this post sounds a little strange, be aware that this bird is sometimes called “the drunken sailor bird” due to it’s rather unusual feeding habits. When feeding, it is common for the Reddish Egret to lift it’s wings and use a technique called “canopy feeding”. By feeding this way, the raised wings will shade the water surface, making it easier to see small fish that are in the water.

But the main reason for the sailor reference is it’s running about, in a seemingly “drunken” fashion, as it feeds. This is actually quite comical to watch and is a very interesting bird to photograph!

Here are a couple of “canopy feeding” images I made of the La Paz harbor egret: 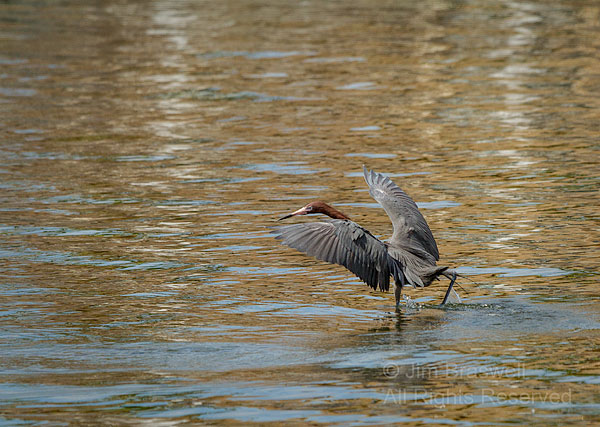 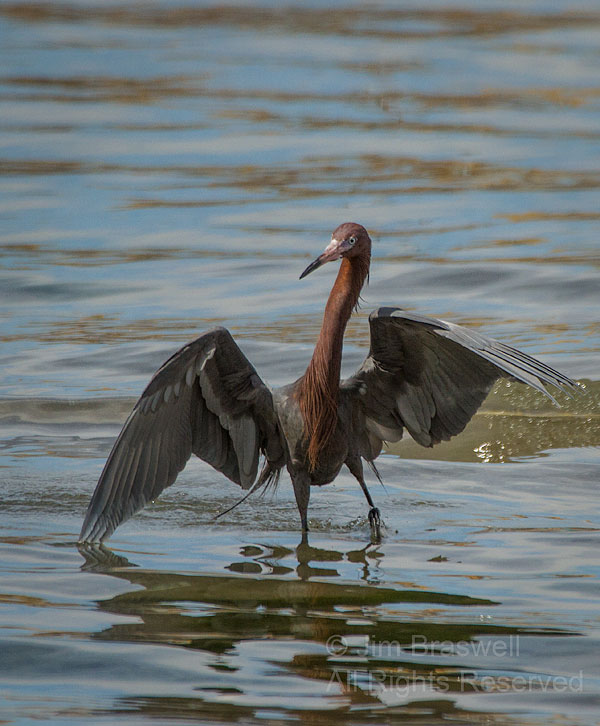 Within just a couple of minutes, this Reddish Egret takes off and successfully catches and eats a small fish: 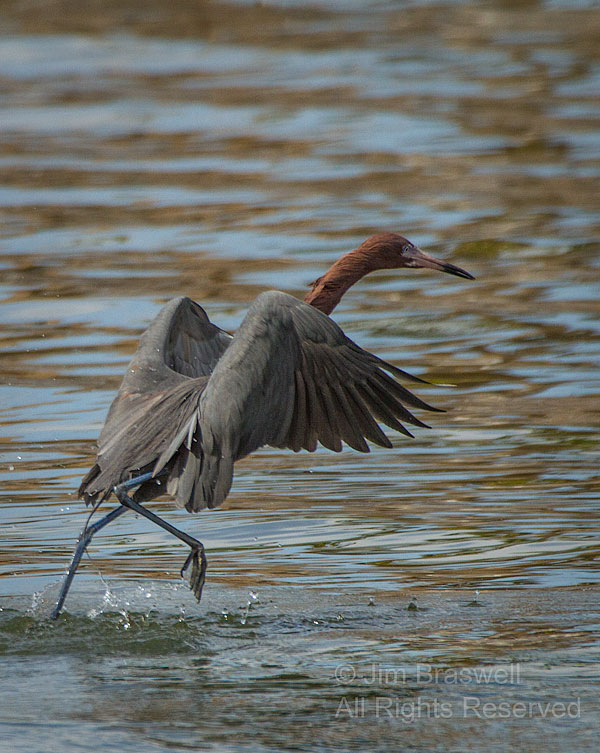 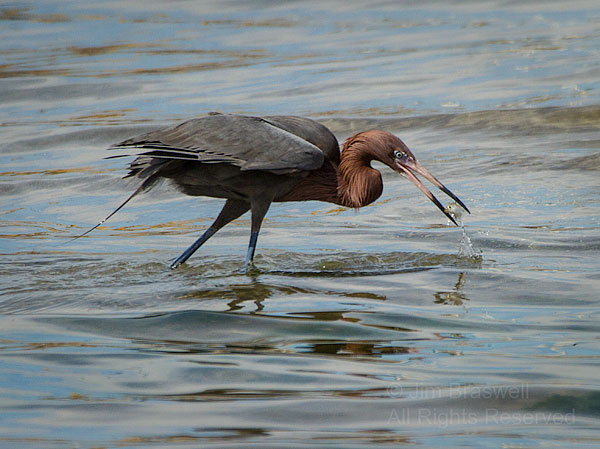 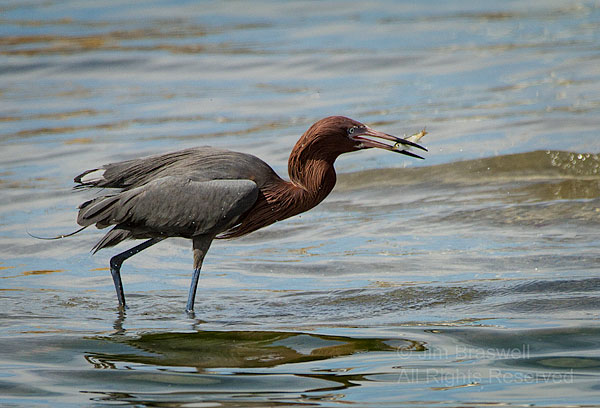 In the next Baja post, I’ll share some marine mammals we found, just outside La Paz, in the Sea of Cortez.