In Part 1 of this 2 part post, I’m featuring some of the early evening night images that I captured at Balanced Rock, in Arches NP (Utah). In the previous post (“A Bit Tipsy”), I featured a few images leading up to sunset. Once the sun fell below the western horizon, and the skies began to darken, the real fun began! Here are a few of the early night images I captured at Balanced Rock (remember, even though some look like it is daytime, all images are in the evening, with stars out and twinkling in the sky. The daytime appearance is due to long exposure times and light from the super moon):

In this first image, the stars are just beginning to show up in the western sky, a while after sunset. The very bright “dot” over the western horizon is a planet (not sure which one, but I believe it may have been Venus), which was visible well before sunset, but began to “set” after the sunset was finished: 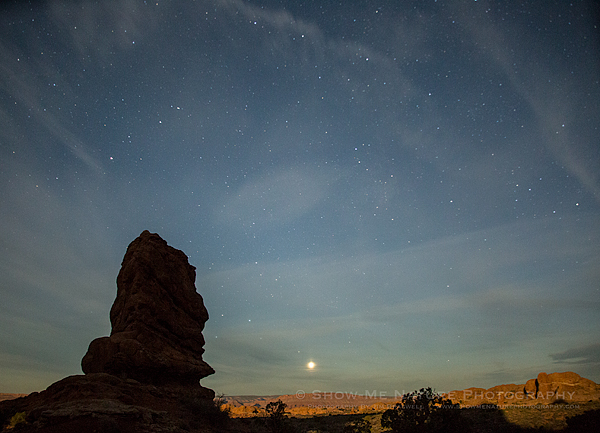 In the next image, I captured some short star trails early in the evening. Normally, I capture star trails a bit longer, then blend several images together to get even longer star trails (I will share one of those in Part 2): 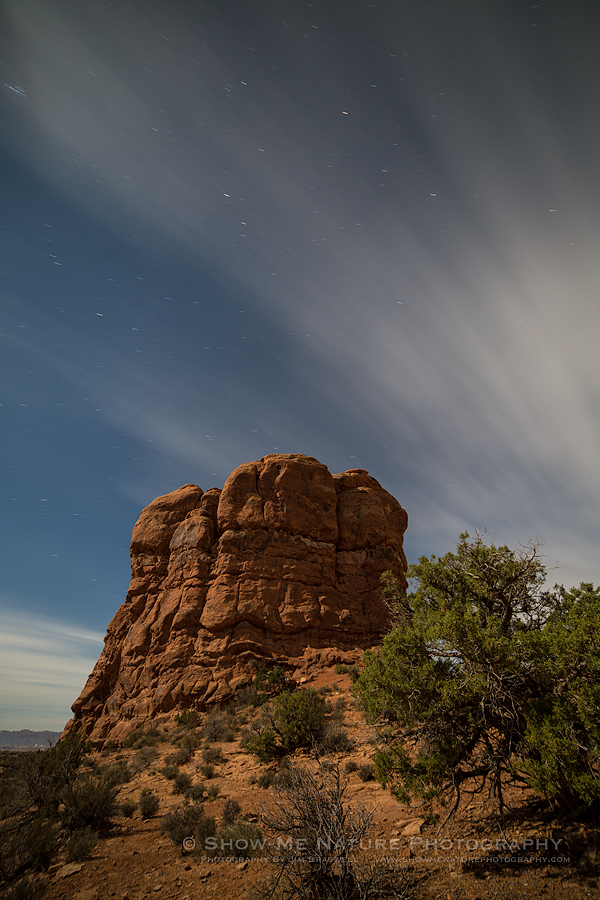 As the evening progressed, lots of thin, low clouds began to stream across the night sky. Usually, clouds are really bad news for capturing the night skies, but I like the streaming look of these thin clouds, while still having crisp stars visible through the cloud cover: 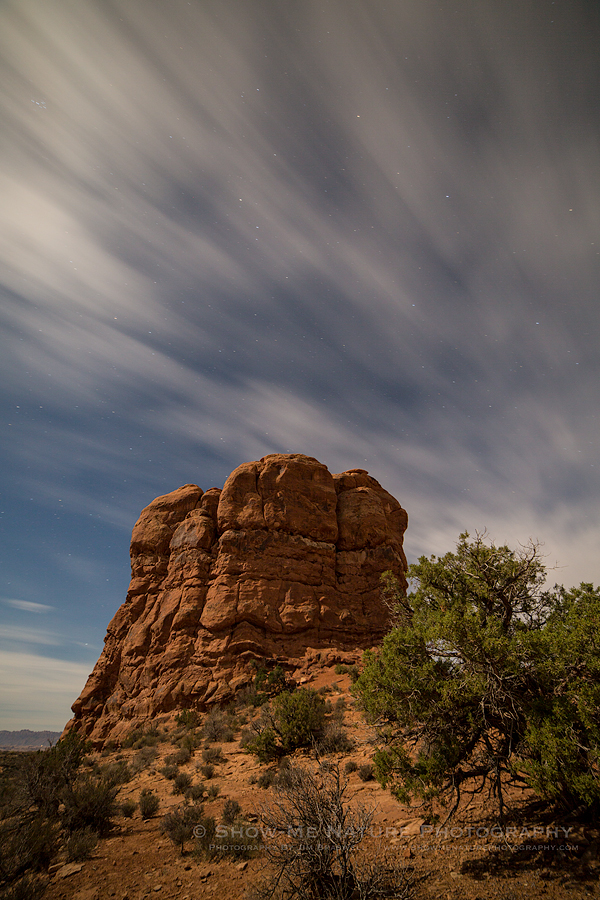 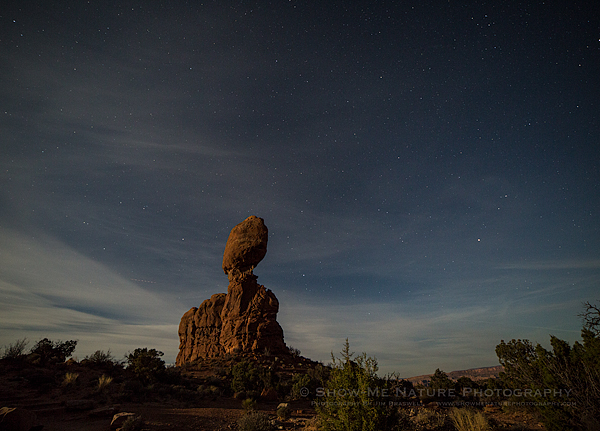 Later in the evening, I moved closer to one of the towering rocks and shot some crisp, star points that surrounded this rock (name of rock unknown). As earlier, thin clouds still moved across the sky: 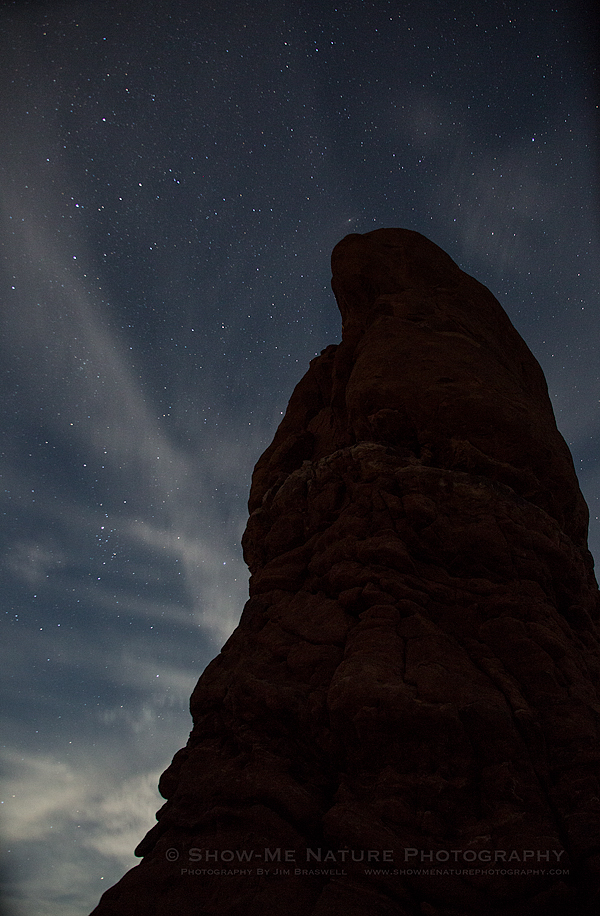 And even a jet contrail from a passing jetliner wanted in the picture! 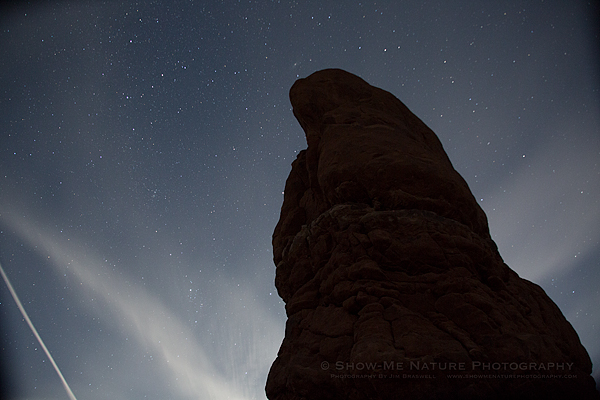 In Part 2, I’ll share some late night images I captured at Balanced Rock, including some star trails and the appearance of the “super moon” :o)