In Part 1 (“Balanced Rock at Night, Part 1”), I featured the transition from daylight to night skies. In today’s post, I feature a few of the images I captured late in the evening in the Balanced Rock area of Arches National Park. Once the sun sets and the night skies appear, you can find literally thousands of stars keeping an eye on Arches NP: 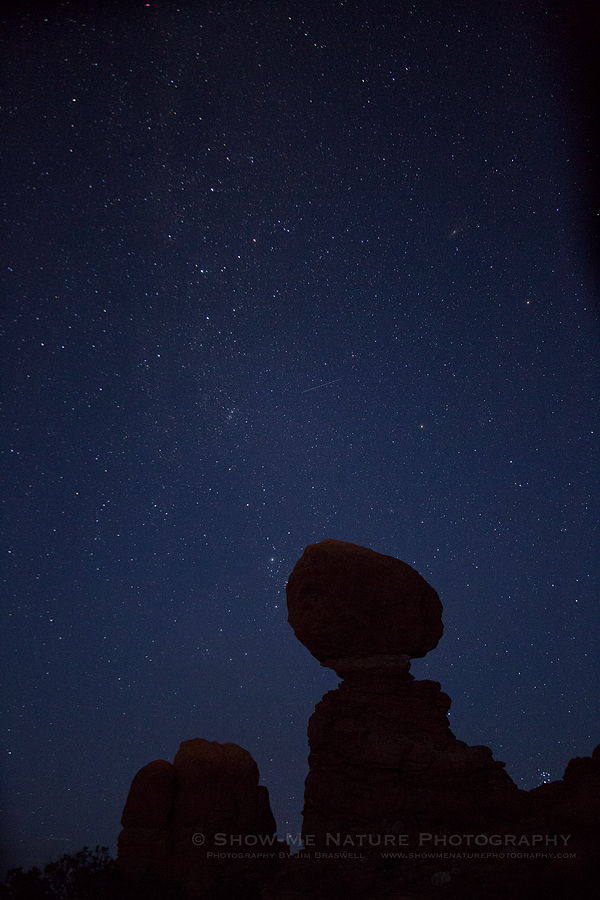 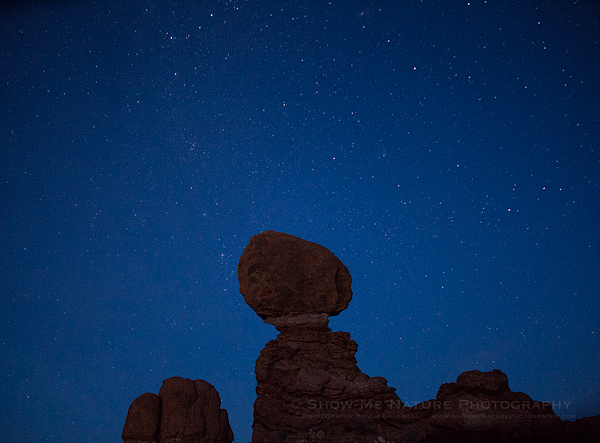 After shooting crisp star points for a while, I adjusted the settings on my camera and shot longer images, capturing a series of short star trails. The next image consists of blending together 10 images, each exposed for 3 minutes, to attain a nice star trail over Balanced Rock. Note the different colors of stars. The colors indicate the relative age of the stars, the “younger” stars burning a blue color while the “older”, dying ones burn a warmer color (yellow and white). Also, note the warm sky color at the bottom of this image, caused by the rising super moon: 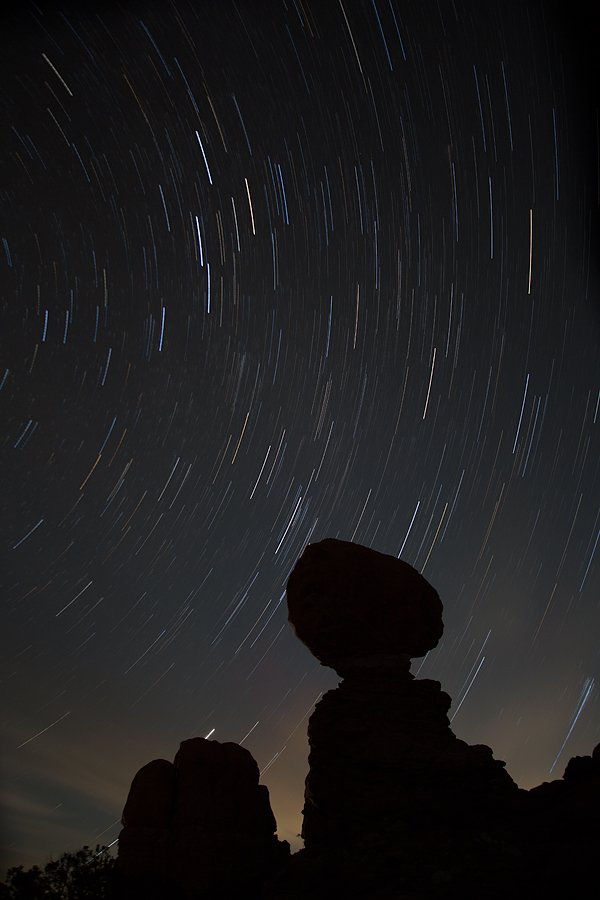 Towards the end of the evening, the “super moon” (actually, it had hit it’s peak a day earlier, but still quite nice) arose behind the rocks at Balanced Rock. This next image was captured by combining the light of the moon, a long exposure, and light painting (via a small flashlight) the foreground. Kind of a spooky, Halloween-like look, isn’t it?

Shooting at night at Balanced Rock was a lot of fun. In the next post, I’ll feature some nighttime images captured at Pine Tree Arch.