Ok, so what do barnacles and bears have in common? Scientific and journalistic interest for one thing. It seems that I have been requested 3 times over the past month, for permission to publish a couple of images I made in Alaska. One is of a black bear (Ursus americanus) sow, “grazing” on barnacles along the shoreline of the Inside Passage, near Ford’s Terror. The other image is a coastal brown bear (Ursus arctos) one-year-old cub, eating barnacles from a rock in Hallo Bay, during low tide.

To start this journalistic journey, I first received an e-mail from my friend Dr. Joe Gaydos of the SeaDoc Society. I met Joe on a 10-day Orca adventure in 2008, along the waters of British Columbia, where we cruised with multiple Orca pods every day. Dr. Gaydos is a research veterinarian, with a  PhD, and is the regional director for the SeaDoc Society. And the SeaDoc Society, founded in 1999, conducts and sponsors scientific research in the inland waters of the Pacific Northwest, also known as the Salish Sea. One of the current studies involves how land fauna depend upon the Salish Sea. Since I had a black bear eating barnacles, it was a good fit with the SeaDoc’s study. Upon approval from me, the black bear image was used both on the SeaDoc website, as well as a nature postcard for mailing out information to SeaDoc Society members and supporters. Here is the image used by the SeaDoc Society: 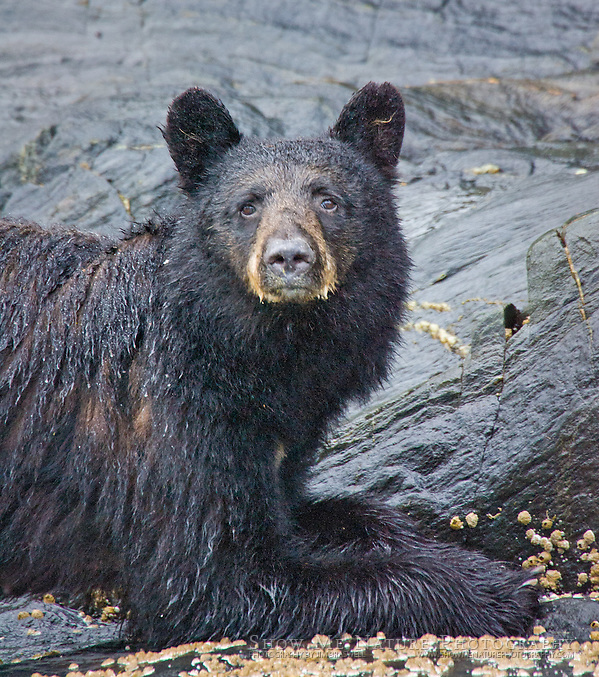 Additionally, I sent Joe an image of a brown bear cub eating barnacles. This image was made at Hallo Bay Bear Camp, in Katmai National Park (AK): 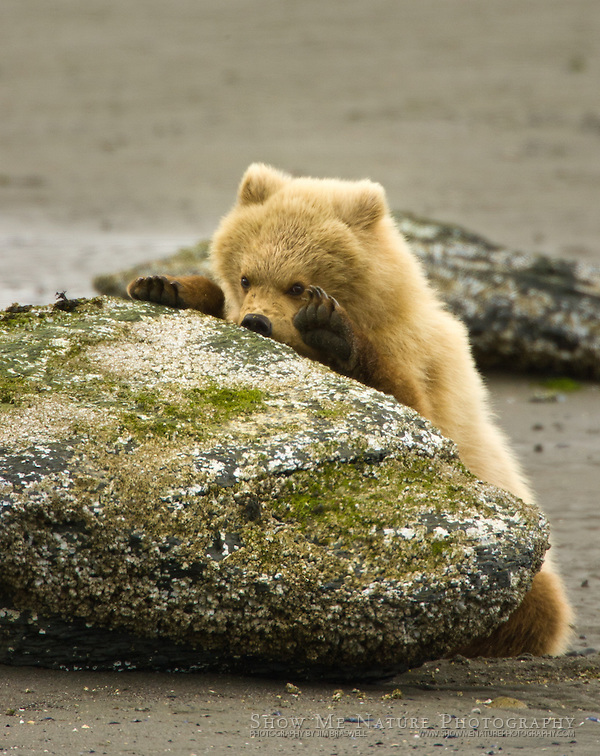 SeaDoc Society also used that image in their work.  Not long after SeaDoc published these images, I received a request from the Seattle Times newspaper, wanting to use the brown bear cub image in their nature blog. Once I gave them permission, they published a blog post featuring this photo.

And earlier this week, I received a request from a staff writer of Islands’ Sounder newspaper, asking for permission for them to include the brown bear cub image on their newspaper’s blog page. It has just been published.

So what else do barnacles and bears have in common? Human interest! By the way, if you’re looking for a good organization to support, please consider the SeaDoc Society.