Not too long ago, one of my Twitter compadres asked me about my “best experiences with the ocean, or marine animals”.  Without hesitation, I answered “my February 2009 Baja trip”.  I was then asked to share some images from our Baja adventure. Although that trip is a bit over a year old, my memories of all the experiences feel like only yesterday.  The trip started by boarding a 100-foot boat in San Diego and sailing down the Baja peninsula, around the tip, and up into the Sea of Cortez.  The trip ended (12 days later) in Cabo San Lucas, where we boarded a flight back to San Diego to pick up our car for the drive back home.

This has to be one of my all-time favorite trips and I seriously doubt if anything will ever top it! Highlights of the trip included 7 species of whales, 4 species of dolphins, 4 species of pinnipeds (seals and seal lions), many species of birds, and some quite unique fishes & marine invertebrates including the sun fish, mobula rays, manta rays, and squid, sea turtles, and lots of desert flora.  Now, let’s get to some of the great experiences!

The first image is a Sally Lightfoot Crab.  It seemed like everywhere we went, there were plenty of these crabs to follow around.  One of the unique features of these crabs is that they mimic every move you make.  So it was quite challenging to be able to photograph them!  I was especially drawn to them because of their brilliant colors. 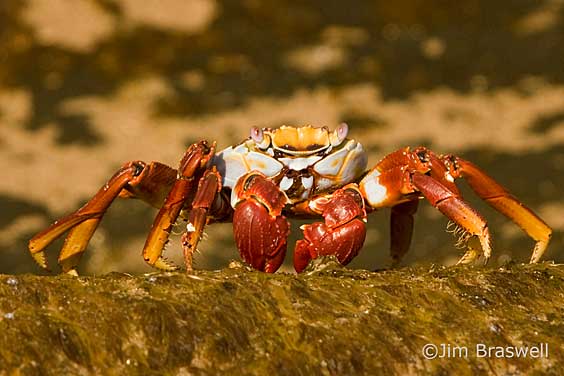 This next image is a Gray Whale cow that swam up to our skiff, rolled on her side, and took a good look at us!  Experiencing a whale, eye to eye, is a moving experience and one that can never be forgotten!  The gray whales of Laguna San Ignacio are “people-friendly”.  This area is a controlled sanctuary area where the whales are protected.  The cows show up late in the year and have their calves in the protected area, before leaving in spring to migrate back to their summer homes.  The cows will come right up to the skiffs and allow you to touch/rub them.  And what does that feel like?  The closest thing I can compare it to is the feel of an inner tube (one of those rubber contraptions that are used inside some tires) that is inflated.  And if the cow has a calf, she often will get on the outside of the calf and force the calf next to the skiff, just to show the calf that the humans here are no threat.  Quite a concept, huh! This was definitely one of the highlights of our trip! 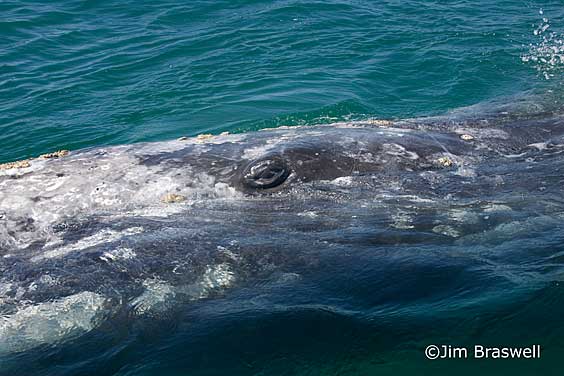 The next image is a Gray Whale calf that swam near us for a couple of minutes.  I especially like this image; you can see the baleen in the calf’s mouth, that is used to strain food out of the water: 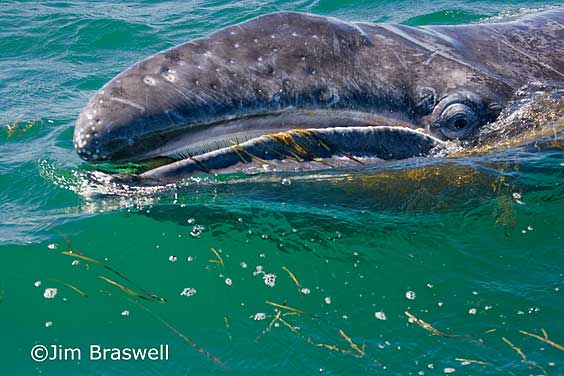 While in Laguna San Ignacio, it was not uncommon to see Gray Whales “spyhop”, where they slide upward out of the water until they can see above the water’s surface, often holding this position for a couple of seconds or so: 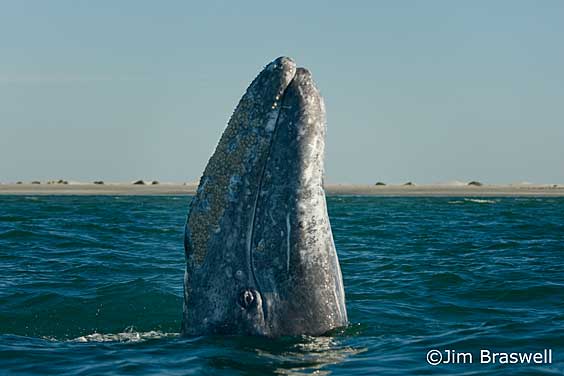 We even managed to see two Gray Whales spyhop at once: 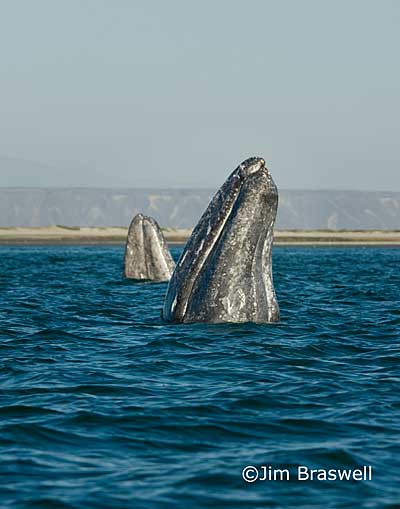 And we were lucky to see a couple of the Gray Whales propel themselves out of the water, a phenomenon called breaching.  The next 3 images were taken in succession, of a single Gray Whale breaching: 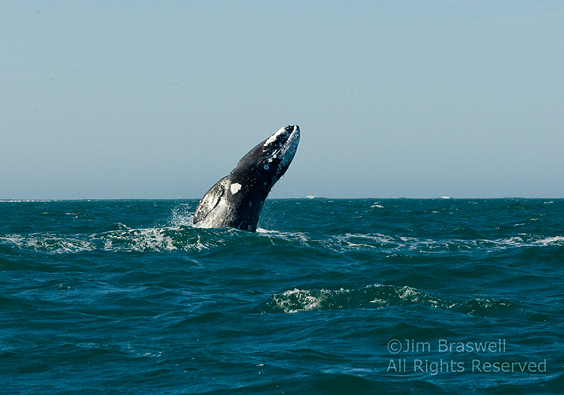 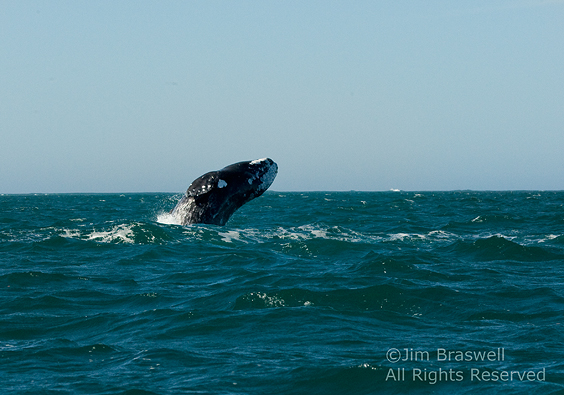 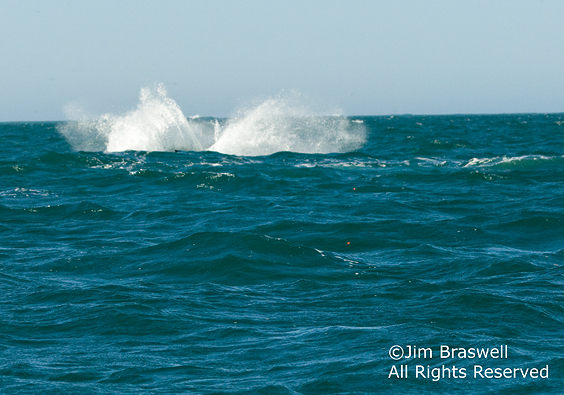 That concludes Part 1 of the Baja blog.  Over the next few days, I will post Part 2 … we’ll pick up the trip with a pod of ~12 Humpback Whales that breached for us for well over 30 minutes … and were still breaching as we left them!  And we have blue whales, the largest animals on earth, coming up … one right next to our boat! And a couple of dwarf sperm whales, and so much more. Stay tuned ….