Still from the first day on the boat, as the day progressed and we made our way farther into the refuge (Aransas NWR), we had whooping cranes very close to our boat. We typically moved the boat to get a clear shot, then parked it along the bank and let the cranes move around and come to us. This technique worked pretty well, and I can honestly say that none of the cranes we photographed over the two days were frightened away by our boat, only by other birds. Here are a few images I captured: 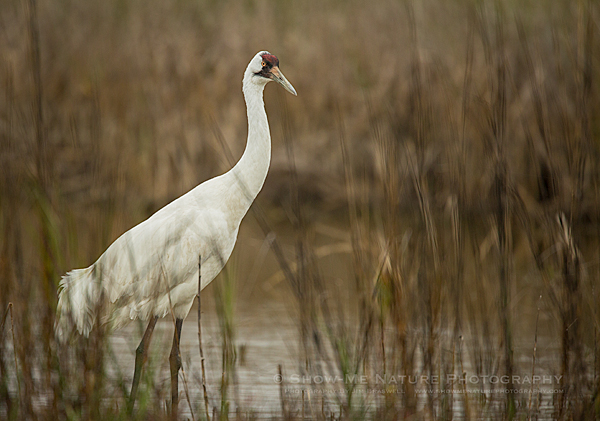 Standing up to 5-feet tall, these adult Whooping Cranes were quite a sight to see! So majestic! 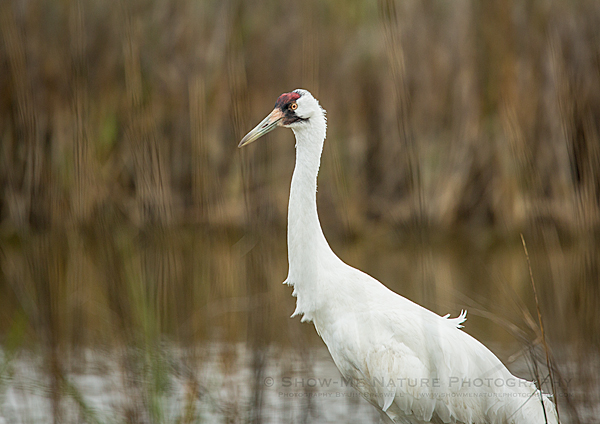 And finally we had a whooper that started finding and pulling up blue crabs right in front of us! This is the first of many images captured as the cranes foraged for the blue crabs: 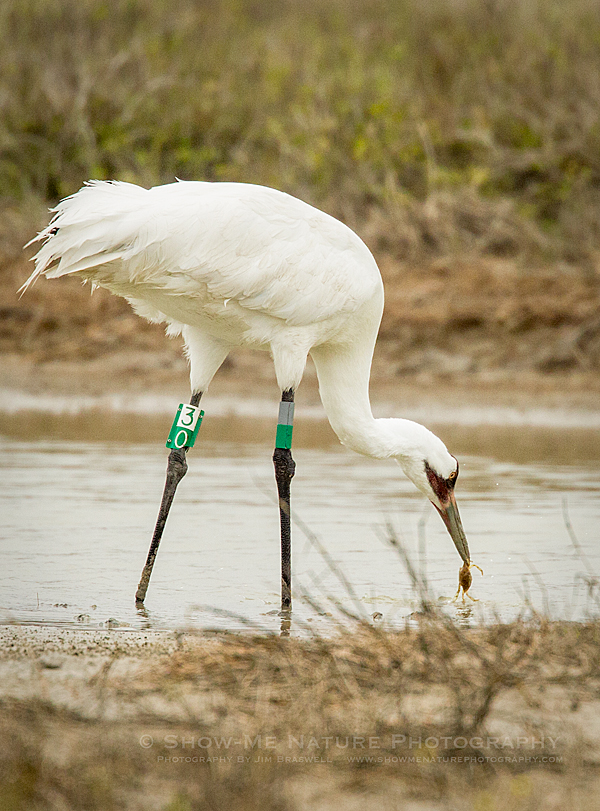 As it ended up, this whooper, identified as #30 by his GPS radio, was quite a crabber! We were able to watch and photograph him finding and consuming many crabs. In another post, I’ll feature some of the interesting behaviors of the whoopers and the crabs that we witnessed during the crab dinners.