This post is the third of four that includes the behaviors and actions that I captured in the Bighorn Sheep rut in Waterton Canyon, Colorado, recently. If you missed the first two posts, here are the links:

In this third post, the action really heats up as the larger rams really get involved and exhibit some of their rut behaviors. The following images were captured on my first hike back into Waterton Canyon.

In this first image, a large ram and a single ewe (the same ewe featured in previous rut posts) are shown along the slope of Waterton Canyon: 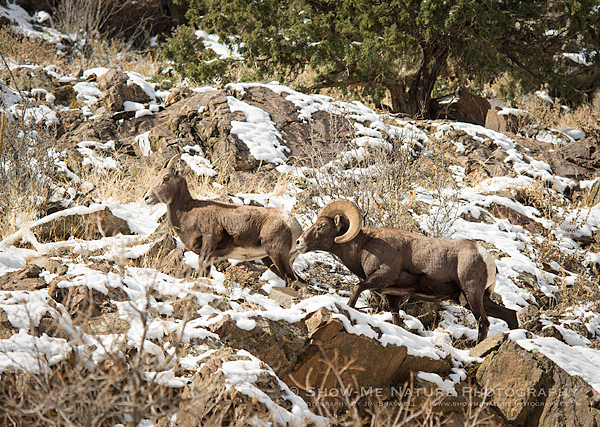 Just moments later, the ram tries to mate with the ewe, but the ewe quickly rejects him: 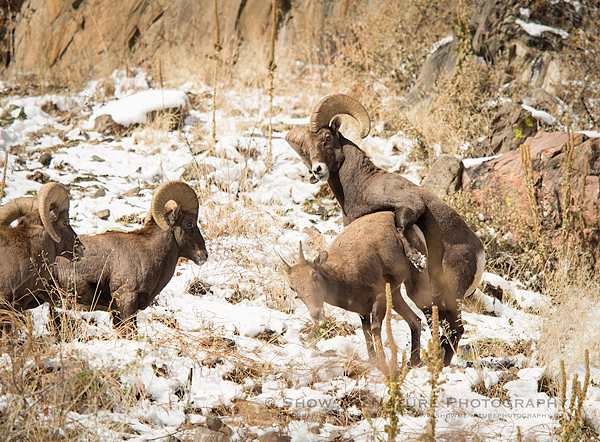 At this point, the rest of the rams become involved, with a couple of them sizing each other up : 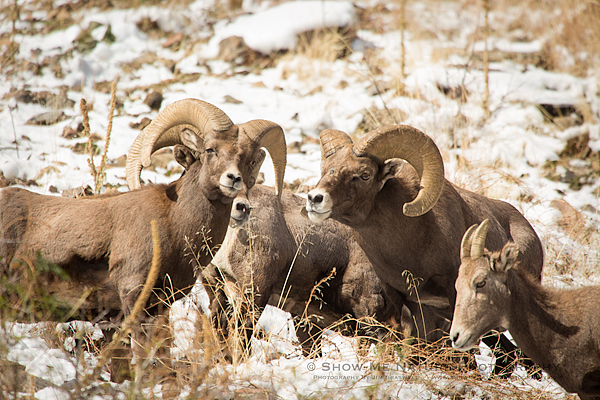 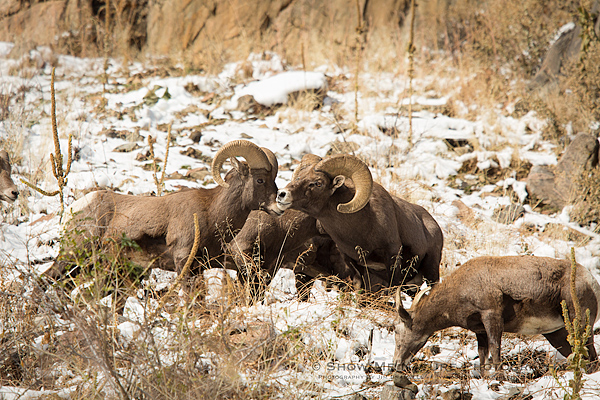 The two rams back off a short distance, but continue to size each other: 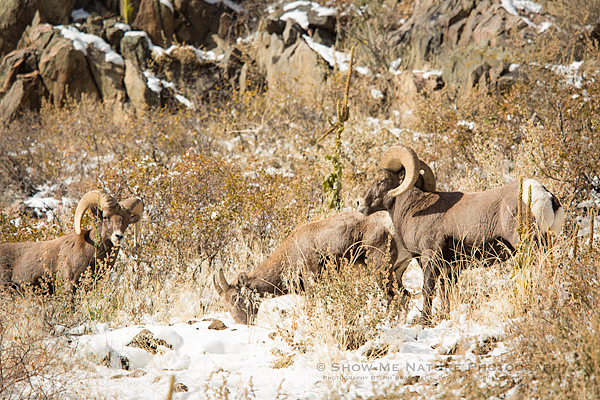 They then move in close and proceed to head butt: 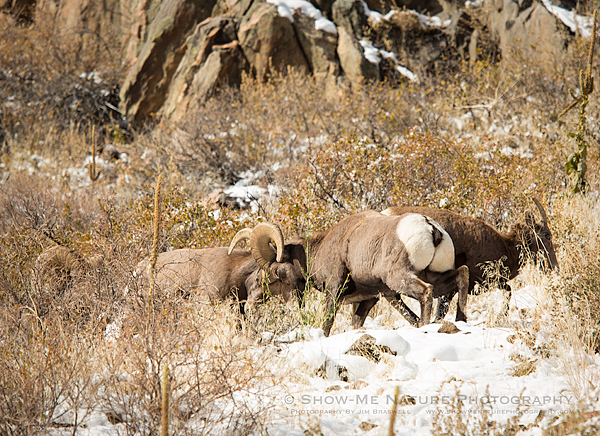 Being some distance away, and having lots of boulders and foliage between me and the sheep, it was very difficult to get clean, closeup shots of the action. In this next image, I’ve cropped the above image to give a better view of the action: 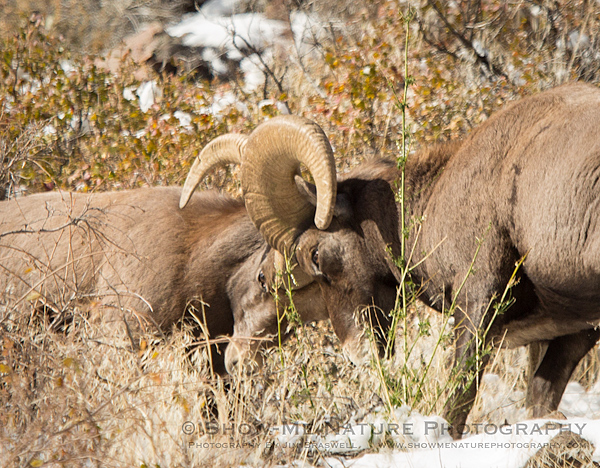 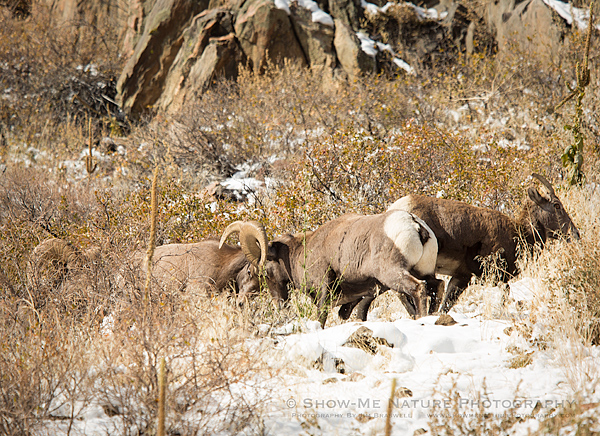 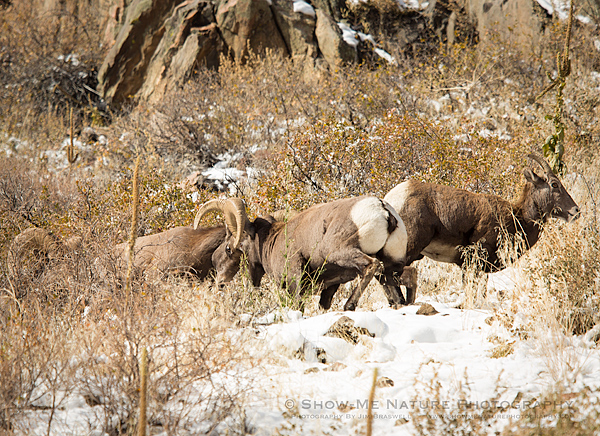 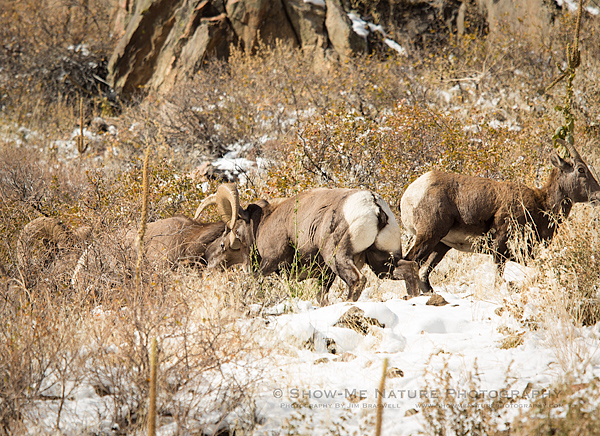 Following this action, the ewe decides to make another run from the rams. And the rams exhibited more interesting behavior. I’ll feature this action in my next bighorn rut post.