After returning home from my weekend art show in Des Moines, Iowa, I noticed some of my Blackberry Lily wildflowers (Belamcanda chinensis) were beginning to bloom. Being close to the house, so I wouldn’t need to exert much energy to capture some images (I’ll share more on my progress at the end of this post), I decided to spend a few minutes and capture some images of these lovely wildflowers.

All of the following images were captured via the “focus stacking” technique, capturing multiple images of each specific shot, each with a very shallow depth of field and varying where I focused on the subject. Then, the individual images were combined into a single “stacked” image, with a greater depth of field in each image, while still retaining an out-of-focus background. Here are a few images I captured:

This first image is the Blackberry Lily flower: 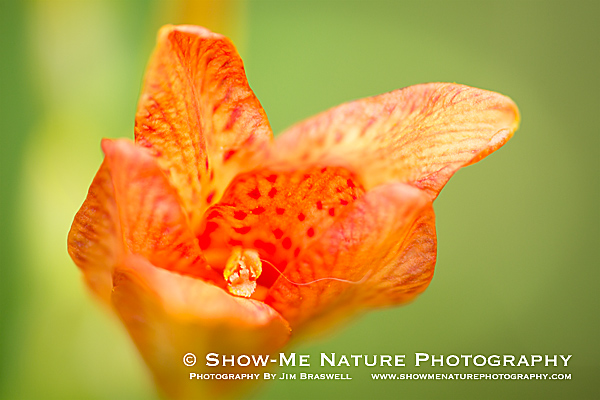 The next image is a capture of some flower buds, before they begin to unfurl into a flower: 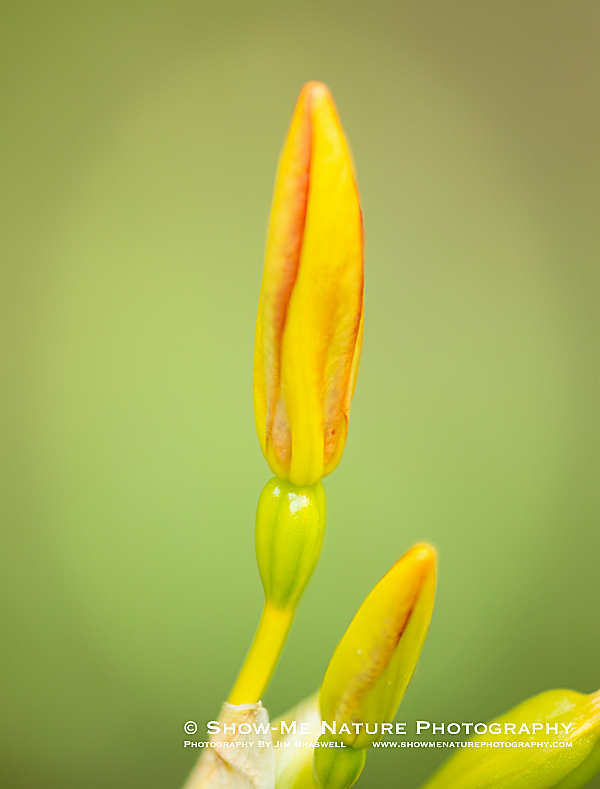 As the buds mature, they begin to mature, as in this next image: 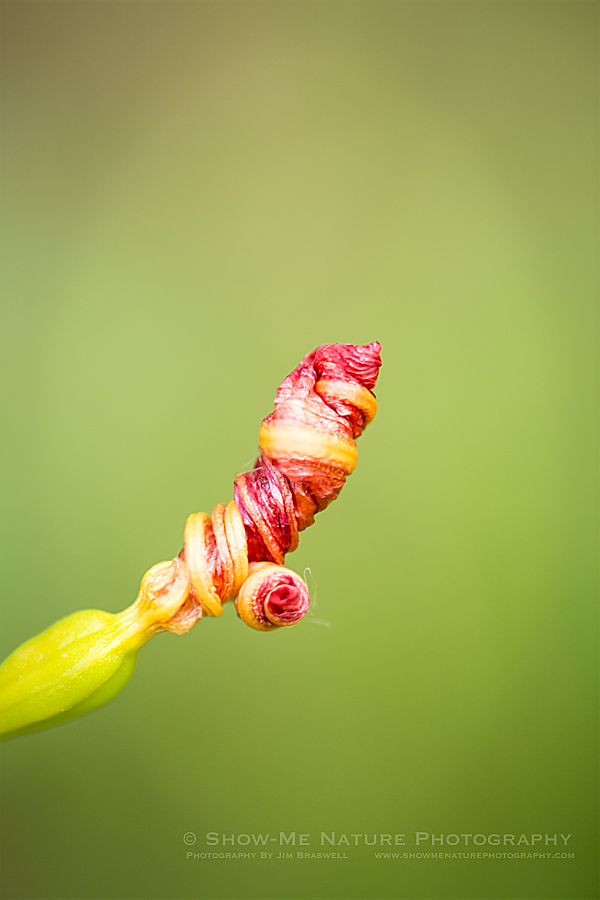 Coincidentally, I noticed a few “blackberries” still on an old, dried foliage from last year: 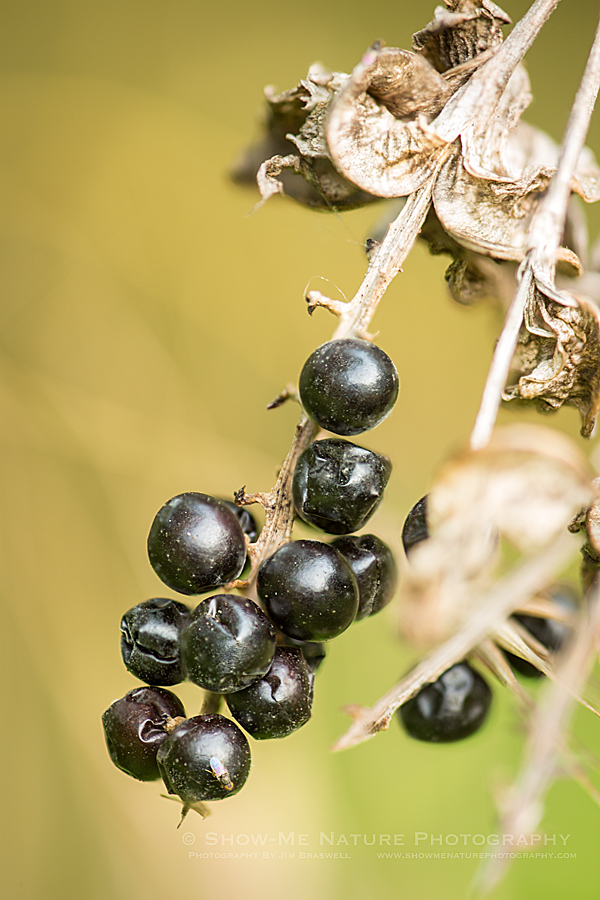 The Blackberry Lily grows statewide in Missouri, in rocky, open woods and glades. This plant was brought to the U.S. by clipper ships, probably from China. The Blackberry Lily needs good soil drainage and does best in the absence of other plants.

I’m thinking about returning to the nearby natural prairie next week. There is a patch of these beauties there and I’d like to see how they are progressing.

Regarding my progress from surgery, I am feeling better and stronger every day. I was a bit reluctant to do the Des Moines art show last weekend, but being past the deadline of being able to get my booth fee returned, I decided to give it a shot. The only real concerns I had were loading/unloading my booth setup and artwork, and the loading up at the end of the show. The show was inside a large, air conditioned exhibition hall, so heat was not a big problem. My wife’s cousin volunteered to help us unload/setup/load back up at the exhibition hall, and I backed my truck to the covered front porch (allowing us to “slide” the booth fixtures and artwork to the truck, and inside the covered bed, so no real lifting was needed. Thus, I decided to go.

After setup on Friday evening, I was feeling very exhausted and was beginning to think maybe I overdid it. But by Saturday, I was doing fine and the rest of the weekend went extremely well. I was once again eating well, not feeling so run-down, and really enjoyed meeting other nature lovers and discussing my artwork with them. All in all, it turned out to be a wonderful weekend! And after returning home on Monday afternoon, we unloaded the truck (again backing up to the covered front porch) and I’ve continued to feel quite well. Now, I just have to keep my activities to a low, manageable level until my next CT scans show reduction of blood from around the brain!