Bonus Find in the Meadow

As I headed out for the short drive to the local, natural prairie yesterday morning, I first saw that there was a heavy dew … that always makes for an interesting morning on the prairie! As I drove a short distance, fog was rolling in. Unfortunately, I left my landscape lens at home … but that was ok, the dew should make for some nice macro images!

Upon reaching the parking lot to the prairie, I unloaded my gear and set up for a hike around the prairie. But as I walked from the parking lot to get to the trail that leads through the woods and then to the meadow, I received my “bonus” find for the morning … a dew-covered Thread-waisted Wasp (Ammophila spp.): 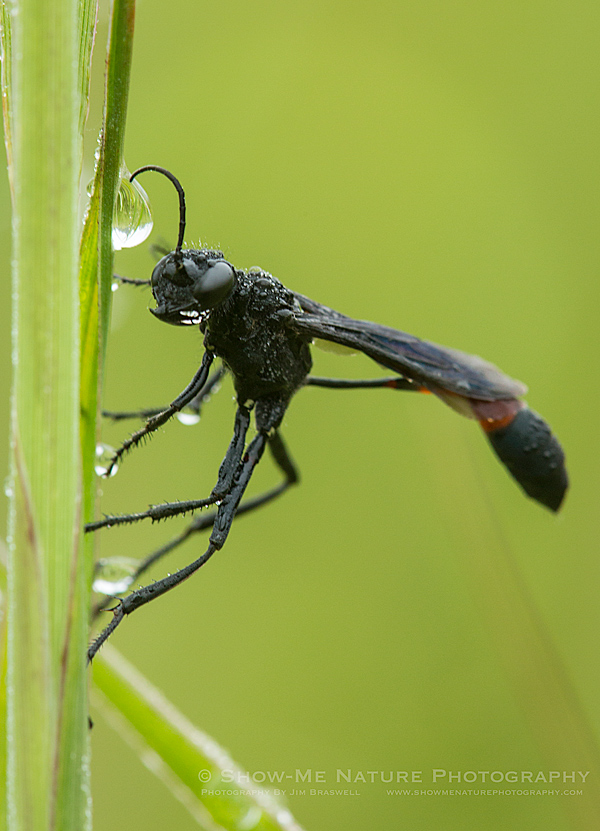 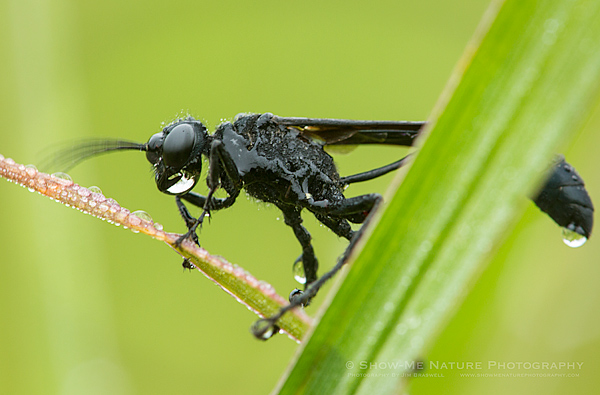 Did you notice the vibrating antennae in the bottom photo? I don’t see a lot of these guys in the meadow, but I usually find a couple over the summer. This was the first time I’ve been fortunate to find one with dew, though!

The Thread-waisted Wasp is an interesting insect. It ranges from 5/8″ to 2-1/8″ in length. The female digs a shallow burrow in sand or light soil, and enlarges the terminal chamber to hold from 1 to 11 immobilized insect prey (usually caterpillars). An egg is laid on the first and the larva feeds initially on nonessential tissue, later eating indiscriminately, killing the host. Larva pupate close to remains of host. Adult emerges in midsummer or later. Adults feed on plant nectar and small insects.