Last Friday I had a wonderful kayak outing. One of the best “finds” was a Green Heron (Butorides virescens). These birds are usually very skittish in my area, often leaving upon observing a human. But this one, although cautious, was not overly concerned with my presence, and the longer I spent with him, the more accepting he became. In fact, after a little while he was actually approaching me. That was just fine with me … I just sat very quietly and shot image after image of him as he moved about, feeding upon small fish and tadpoles.

The images highlighted in this post are a sequence of several shots with the Green Heron catching a small tadpole. In this first image, the heron is stalking a tadpole in the water. As he stood, very still, the only movement I could see was a very slow movement of the head as he brought it closer to his target (note the eye, which is intently focused on the tadpole in the water). I was also blessed with very still water, causing a very clear reflection of the action: 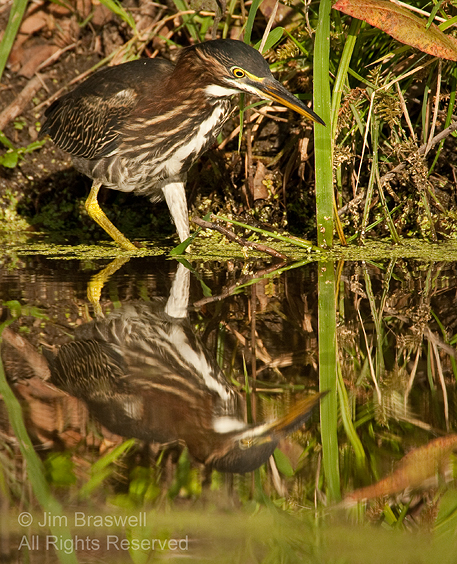 This next image was made in mid-strike. The heron, with amazing speed, has just poked his beak into the water to grab the tadpole. The surprising thing about this image is that there is no splash from the beak penetrating the water. Typically, there is some splash when the beak hits the water: 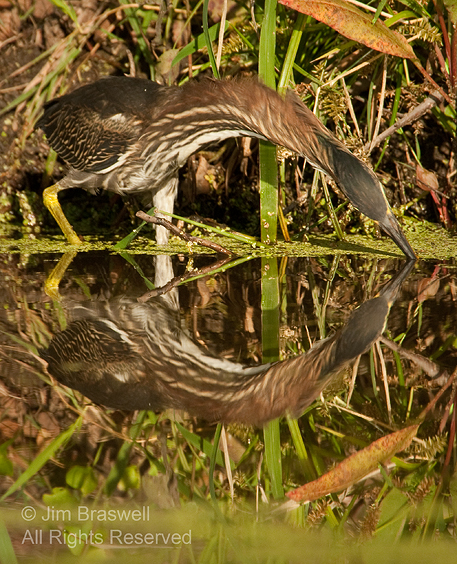 This next image was made just as the heron pulled his beak out of the water (again, note there was no splashing!), pulling out the very small tadpole that is tightly held in the end of his closed beak: 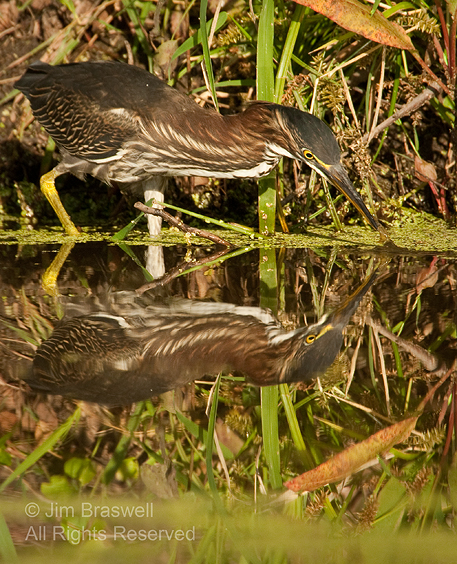 In this next image, the small, somewhat transparent-looking tadpole is in the heron’s beak and ready for breakfast: 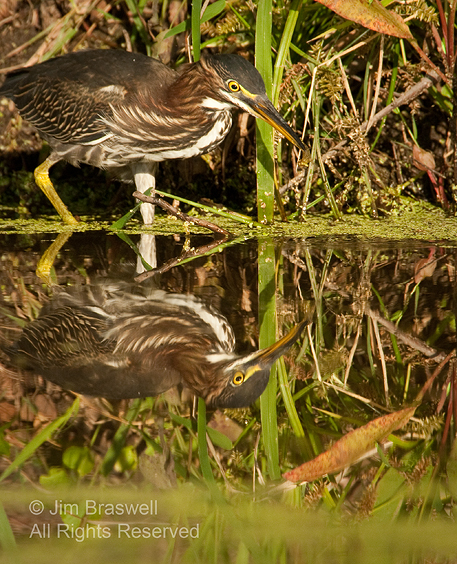 Wonderful morning on the water! I spent about 30 minutes with this bird, photographing his feeding activity … just glad it was Breakfast Time!