Today’s post is the first of several that highlight “The Bridges of Madison County”. I mentioned a few days ago that I was involved with a new “project”. Well, that project was to photograph the famous covered bridges of Madison County in the fall colors. Madison County, Iowa has several covered bridges that are a wonderful attraction. Made famous by the movie “The Bridges of Madison County”, starring Clint Eastwood (also the film’s director) and Meryl Streep in 1995, the bridges are a big draw. In that movie, photographer Robert Kincaid wanders into the life of housewife Francesca Johnson, for four days in the 1960s. Since the movie and renewed interest in the bridges, Winterset, Iowa, self-proclaimed themselves as the “Covered Bridge Capitol of Iowa”. Six covered bridges reside in Madison County, with five of these in, or just outside Winterset. The sixth bridge, the Imes, is located along the highway in nearby St. Charles, Iowa.

Here are a few images of the Imes Covered Bridge: 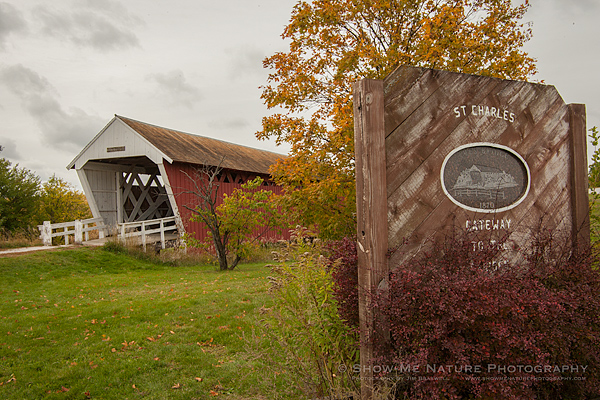 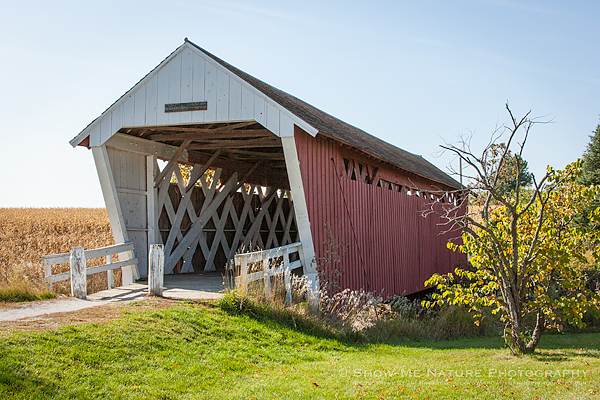 And from the backside of the bridge, the community had added some old style lights, that led down a walkway to the bridge: 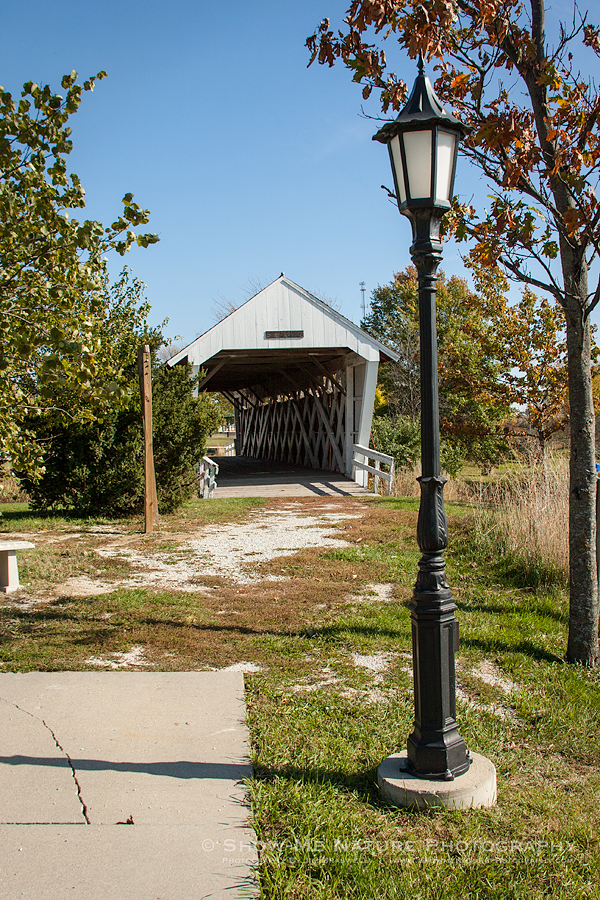 Of the six bridges I photographed, the Imes was my least favorite. Not sure why, but may have been because it sat right in town and along a highway … just didn’t give an “old time” feeling. But still, a nice structure.

Some fun facts about the covered bridges of Madison County:

Some facts about the Imes Covered Bridge: