“Cat and Mouse Games … With Goats”

During a stop at Summit Lake on one of my early morning travels up to the top of Mount Evans (Colorado), I noticed a rather large herd of mountain goats along the slopes of the mountains that surround Summit Lake. The group consisted of ewes, their newborn “kids”, and some yearling goats (note: although it may appear like I’m looking down on the group, they are actually above me): 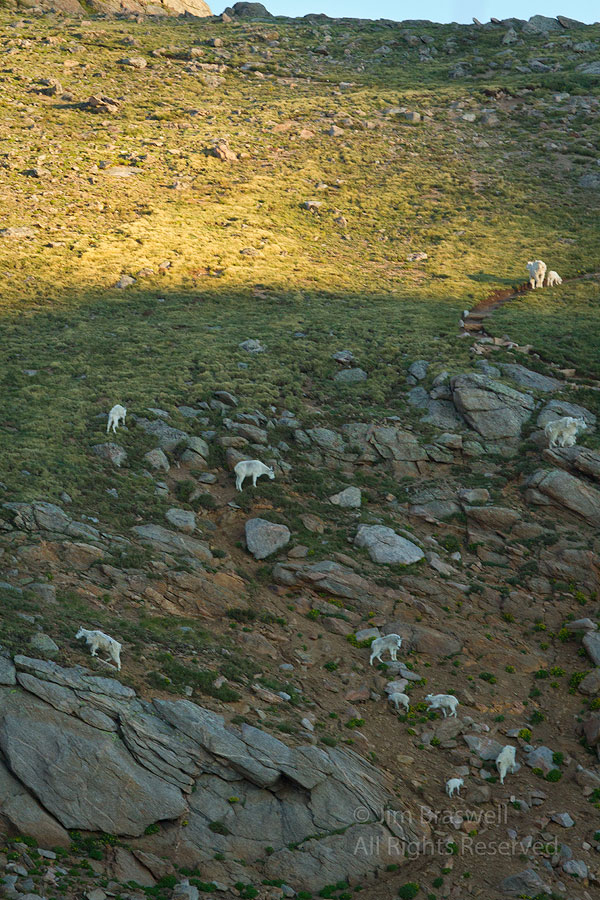 As the group grazed the mountainside, they began ascending to the top of the peak, and were looking quite nice with the gorgeous background: 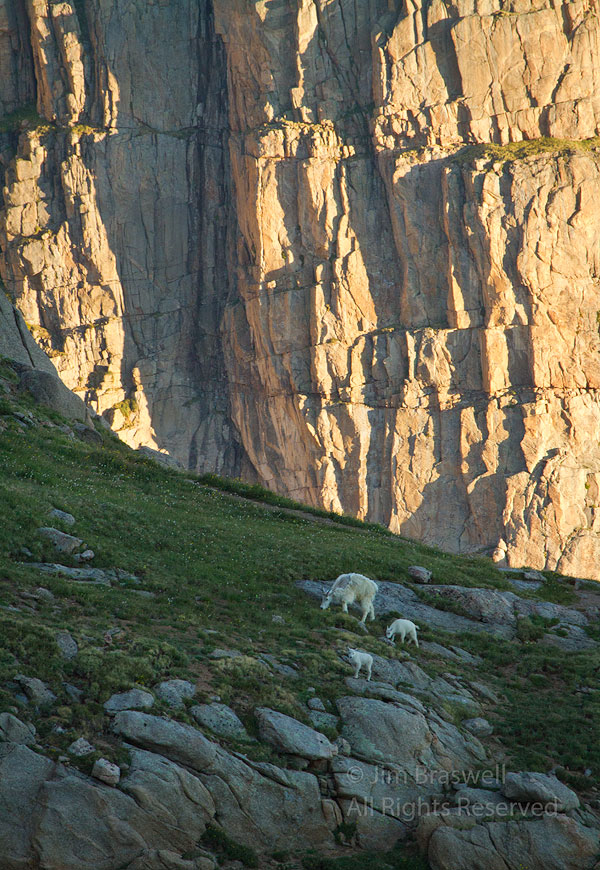 I then noticed a small group of hikers nearing the goats along the top of the mountain (you can see the trail in the first photo, above). Then I got the “brilliant” idea that I could get that close, too. So, I put on my 100-400mm lens and started trekking up the long, steep trail to the top. Well, that didn’t go quite as well as I planned. I made it to the top (after a long, arduous climb and plenty of rest stops!), but the goats were all gone. They had moved over the mountainside and were out of sight. So I began the steep descent back to the parking lot. Upon reaching the parking lot, another smaller group of goats had gathered there. After photographing them for a while, the group decided to head up the mountainside. This time, I decided I’d follow them. Well, they were definitely more sure-footed than me! I made it back up to the top, but was steadily losing ground on them. And they ascended a shorter mountain, thank goodness! But I did manage to get a few of the shots I had hoped for (I wasn’t as close as it appears, remember I had my 100-400mm lens on the camera): 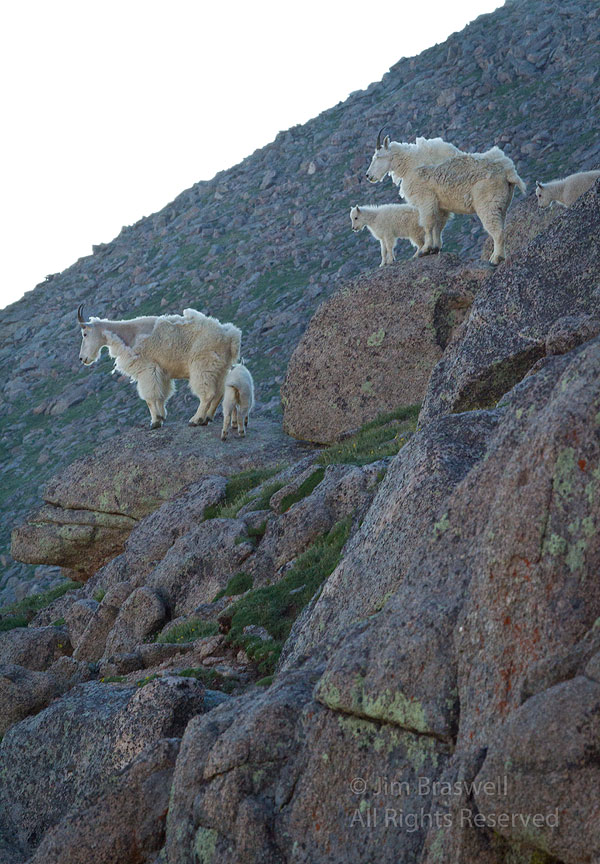 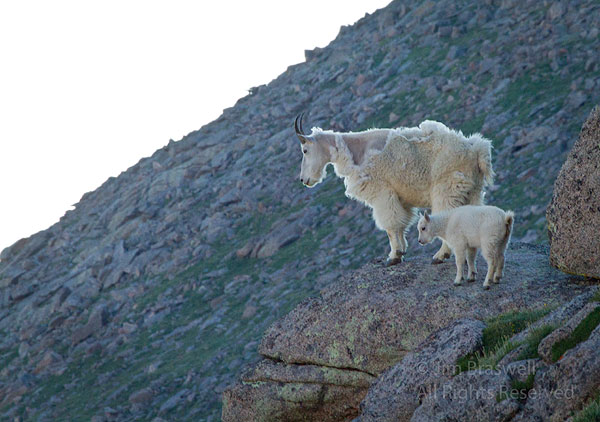 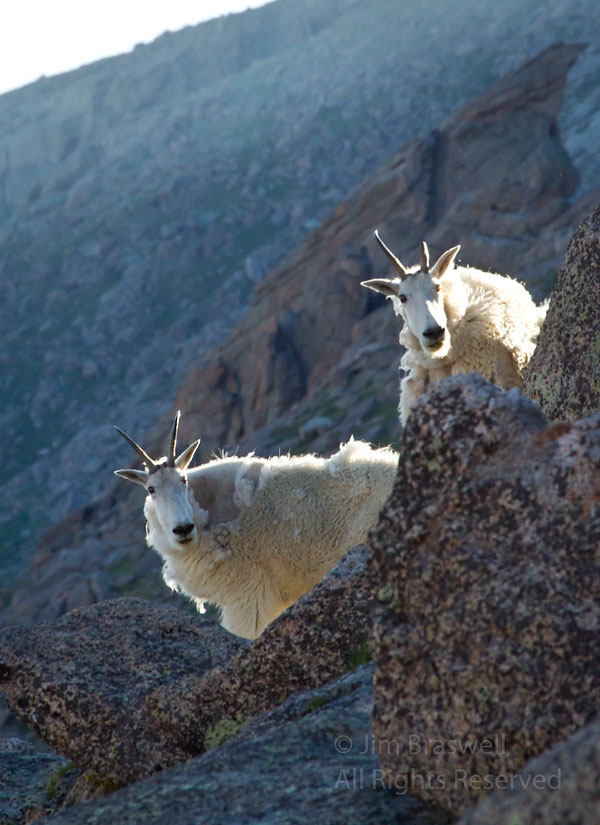