After shooting the awesome sunrise I featured in yesterday’s post (“What A Way To Wake Up!”), I hiked around the prairie and photographed other wildflowers and insects. When I came to a large patch of Helianthus sunflowers, I looked up and saw the moon peaking over the wonderful cluster of sunflowers. It was a bit tricky … getting very low and shooting up high, especially with the winds beginning to pick up (Snowball Hill Prairie, being on a hill and hillside, seems to always have wind present) … to capture the wildflowers in sharp focus instead of yellow blurs. But with a little patience and timing the captures when the wind would temporarily subside, it worked out pretty nicely! Here are some photos I captured: 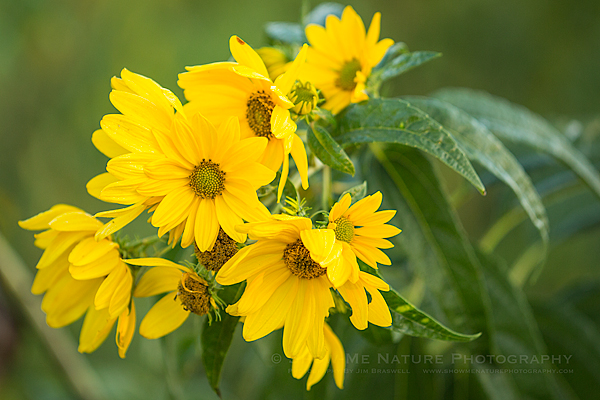 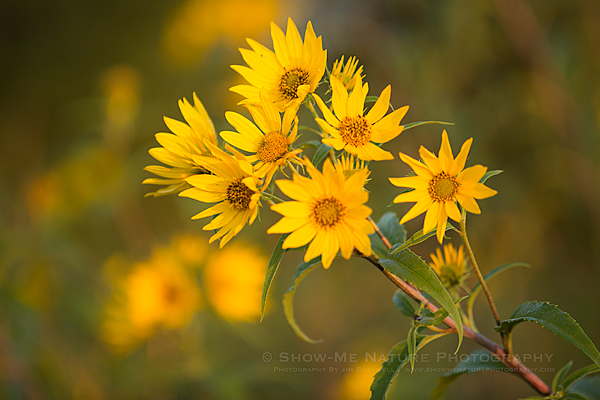 And then I saw the moon, high over the wildflowers: 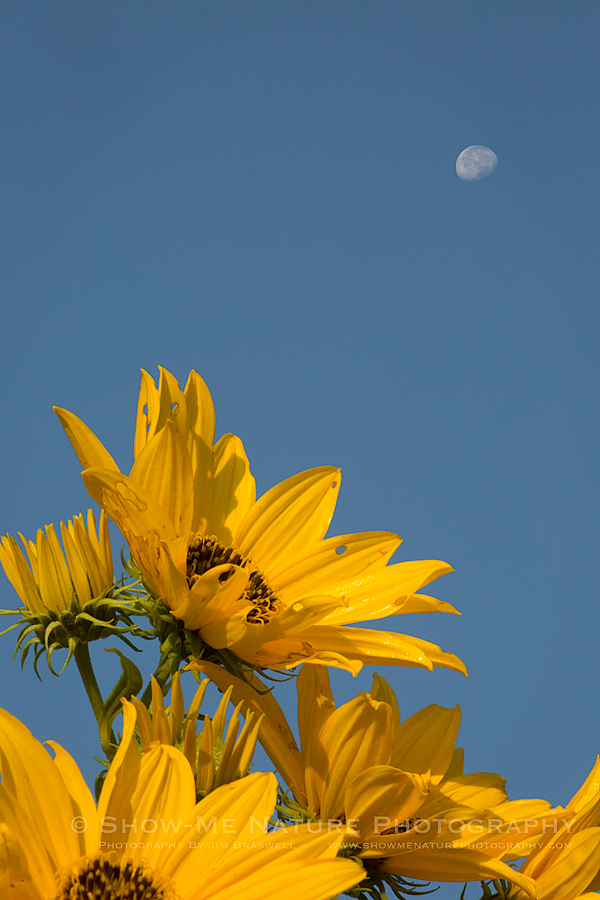 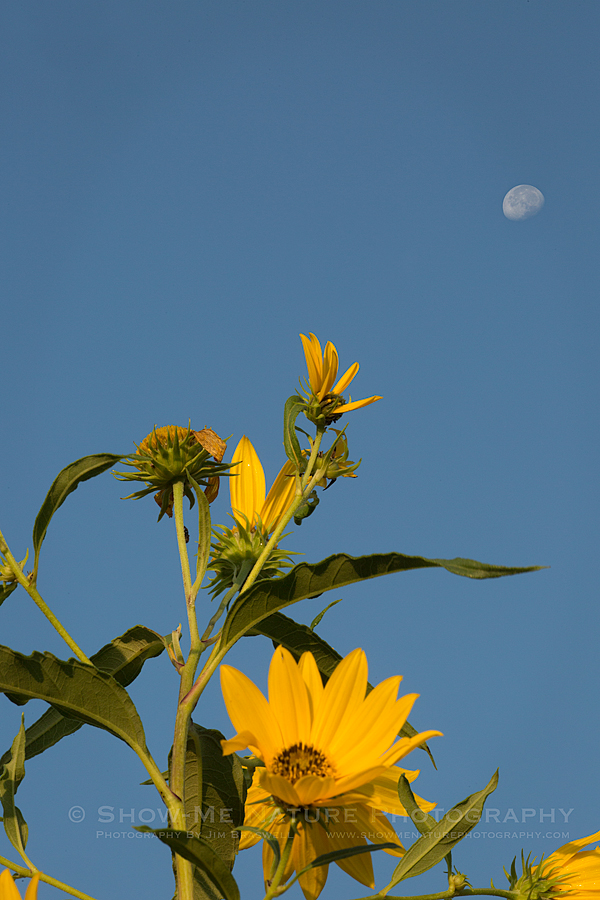 I’m not totally certain, but I believe these sunflowers are Sawtooth Sunflowers (Helianthus grosseserratus). This species can grow to 16-feet tall. I didn’t see any that tall, but many were taller than me :o)