Just finished an exciting photography project in Utah … photographing some of the magnificent rock structures in Arches National Park, at night. And not just the arches … my trip there coincided with the recent, extra-large, “super moon”, as well as during the Leonids meteor shower. Over the next few posts, I’ll feature some of my favorite images I captured in and around Arches NP.

Today’s post features a wonderful little place just a few miles from Arches NP. I had been told that sunrises at Dead Horse Point State Park were well worth the drive out to the viewpoint. So before the night photography began, I made an early morning out to check it out. Here are a couple of images I captured: 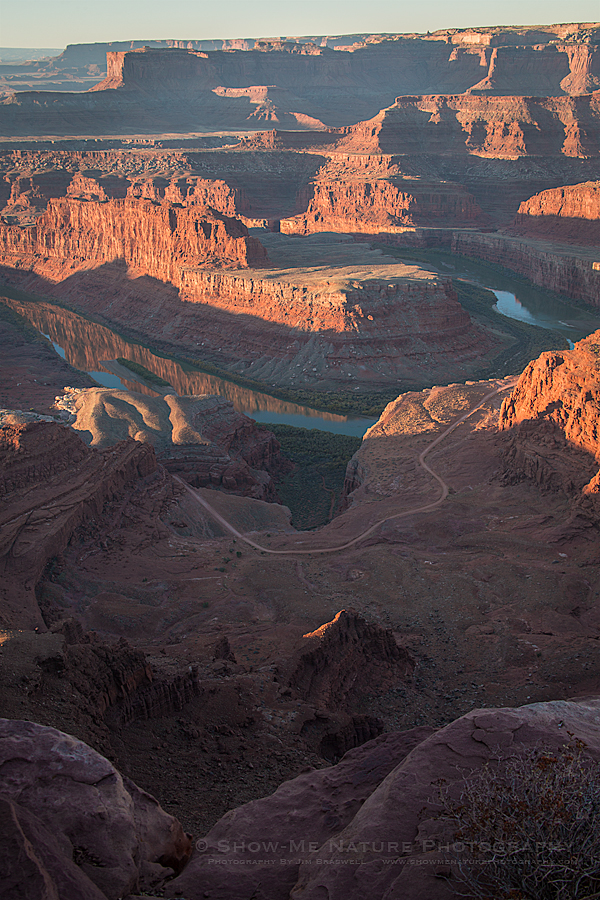 The nice reflections in the Green River really caught my attention: 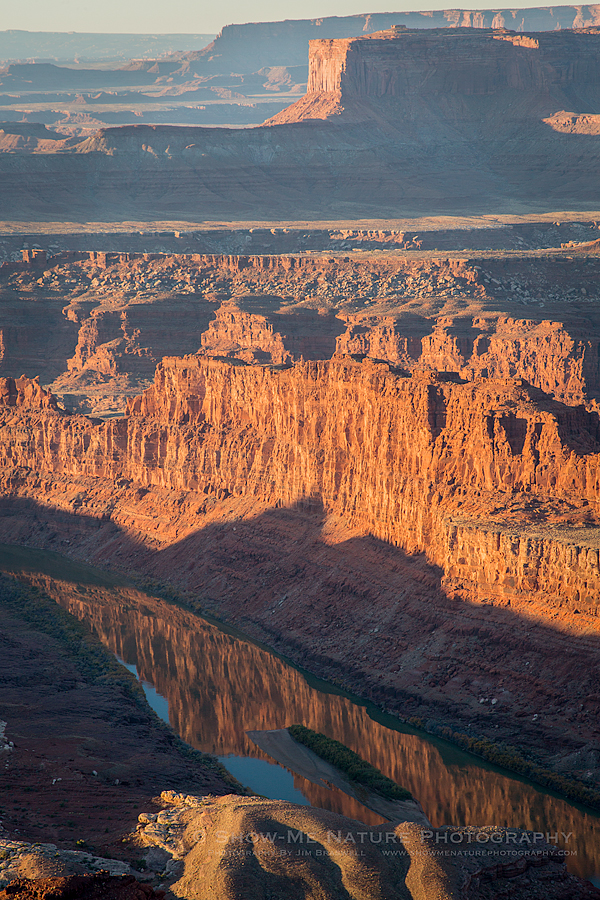 As I scanned the horizon, I found that the early-morning “super moon” was in the early morning sky: 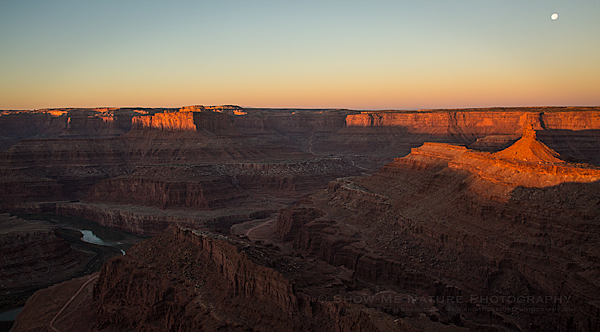 Later in the day, I made my first photo trip inside Arches NP. I’ll begin sharing those images with my next post.  :o)