On my last night in Arches National Park, I visited Double Arches for some night photography. Double Arch is so named as there are two arches that conjoin each other. It really is a spectacular sight at night. On this evening, the sky began as a clear, cloudless sky. But about an hour or so into the shooting, clouds began to roll in and abruptly ended the night photography. But before the clouds fell over Double Arch, here are a couple of images I captured:

In this first image, I used a flashlight to light paint the wonderful rock structure around the Double Arch: 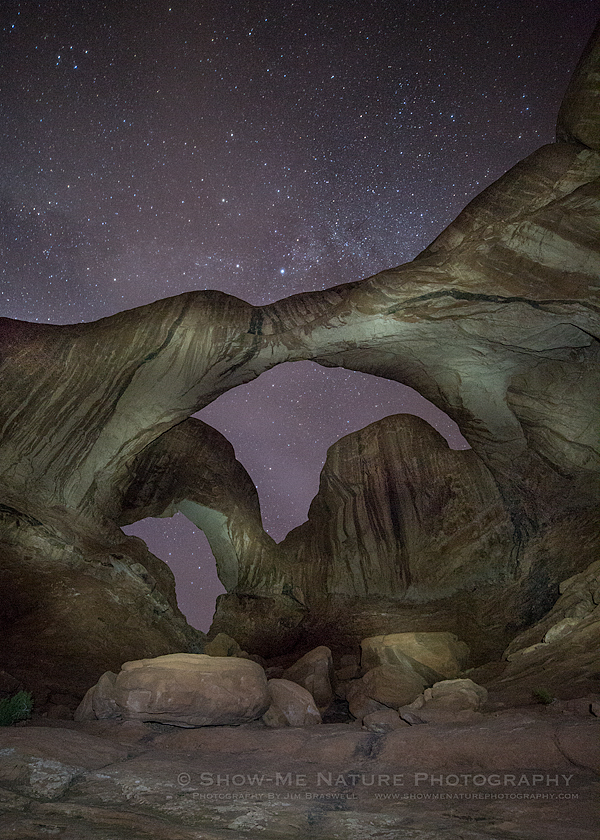 Below is my attempt to capture star trails over Double Arch. I was only able to capture two images to combine to get the star trails. Early in the evening, Double Arch was a popular spot this evening and people were constantly walking up and through the arches, with flashlights shining everywhere! But I did capture two images, so not all was lost: 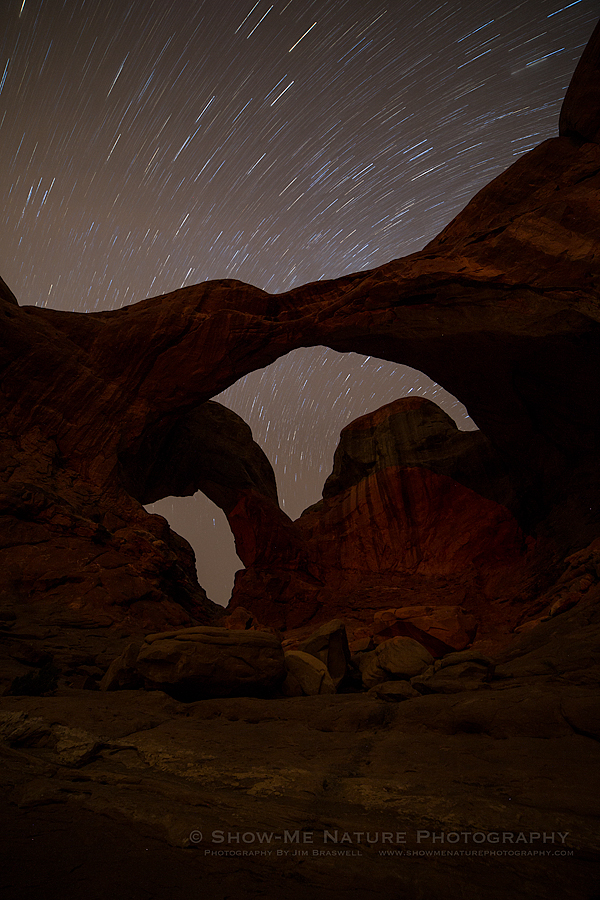