Today’s post comes from one of the nest boxes on the Eastern Bluebird trail that is located in the Laurie, Missouri city park.

As a member of the area’s Lake Bloomers Garden Club, I am involved with monitoring one of the several Bluebird trails in the area. Until recently, we have fought vigorously against sparrows, to allow the Bluebirds (our state bird) to nest in one of the nest boxes. After extensive work, the Bluebirds are now busy using this box! Here are a few images I captured along the way:

In this first image, we finally see that bluebirds are using the box … two, just-born birds and a bluebird egg: 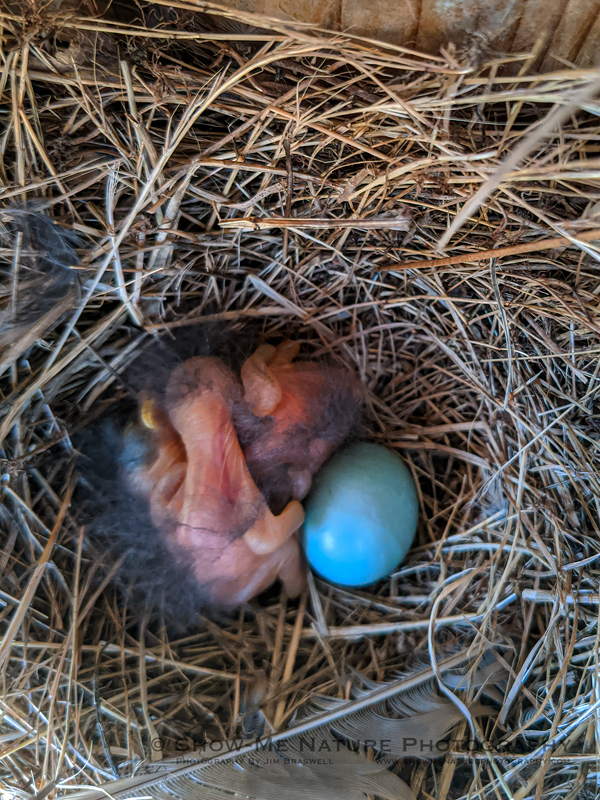 About a week later, we see the two young birds are starting to get a covering, but the single, blue egg is nowhere to be found (maybe hatched and died and removed by parents?): 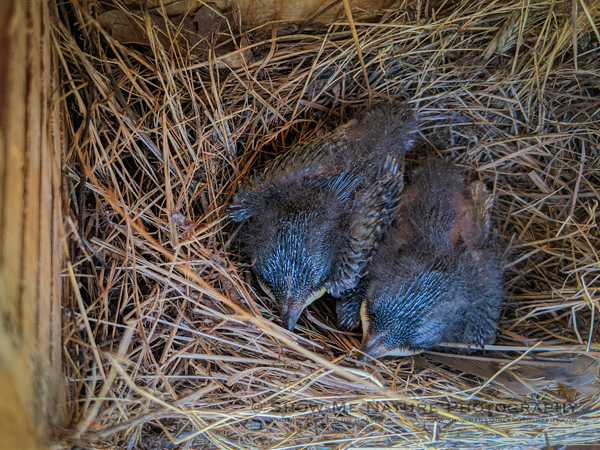 After this second image was captured, I sat in my truck and captured this image of the parents as they sat in a large tree that overlooks the nest box (the female is sitting above the male): 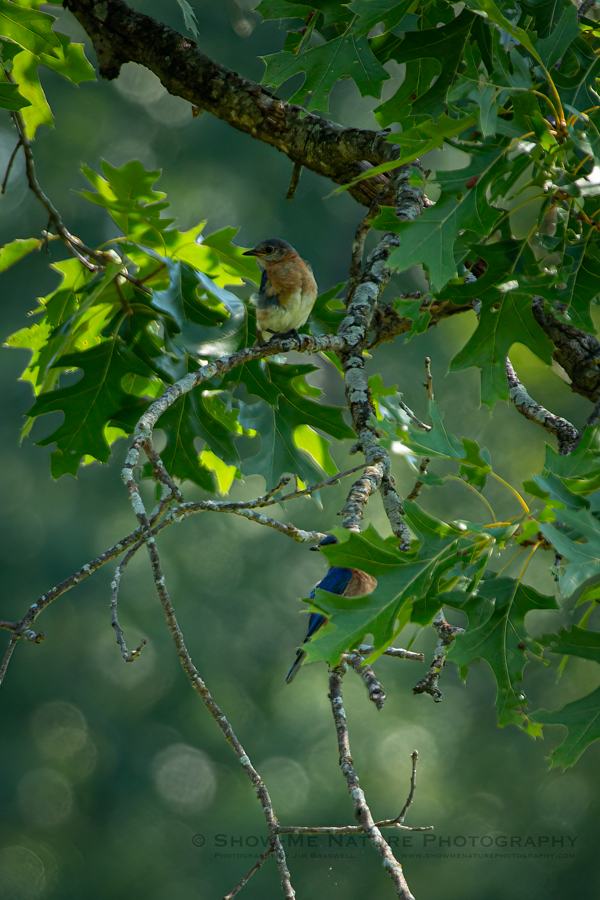 It’s now time to check the boxes again, so will likely have an update soon!