On virtually all of my kayak outings, I have been accompanied by some flycatchers. I’m not positive on the ID of these wonderful insect loving birds, but I believe they are Eastern Phoebes (Sayornis phoebe) – if one of my birder friends can help with ID, please let me know. They are a lot of fun to watch as the perch above the water, then fly out over the water, catching insects on the fly. Here are a couple of images: 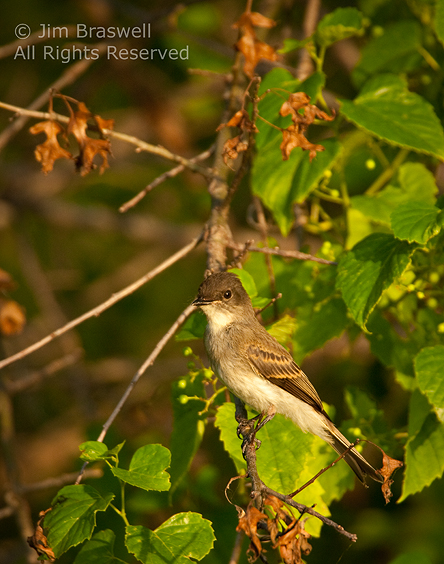 And this next image shows the flycatcher, sitting in one of the recently featured Buttonbush shrubs, chewing on an insect he swooped down over the water and caught: 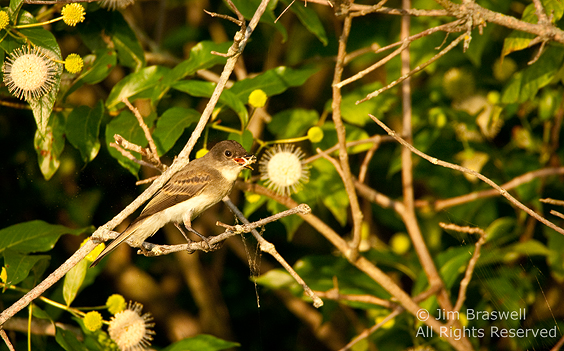 These little guys are a blast to sit and watch as they go about collecting insects, though a bit skittish. I have found that if I just let the kayak gently float into their hunting territory, I can usually get much closer to them.