Fun Friday: Changes in My Nursery

As I mentioned in a post last week, I have collected several Black Swallowtail butterfly eggs and caterpillars. They are housed in a mesh, indoors “nursery” in my rural Missouri home. I had been waiting for the caterpillar to begin making it’s chrysalis. Well, I went to bed on Tuesday night and the caterpillar was very quiet, just holding on to a stick I had placed inside the mesh cage. When I got up at 6:00am Wednesday, it had already formed the chrysalis: 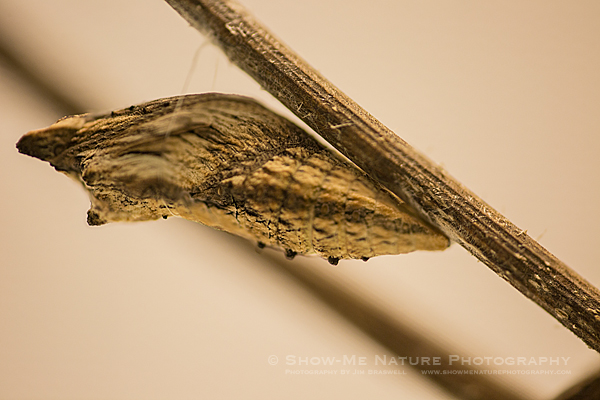 I was hoping to capture some time-lapse images of this process, but clearly missed it! No problem, I captured another couple of caterpillars from my butterfly garden and they are now busy, feeding on parsley inside the nursery: 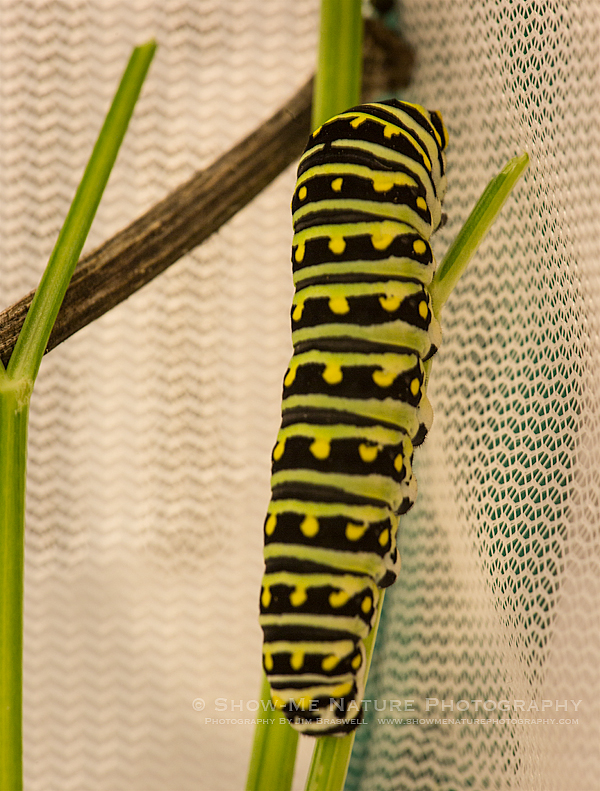 I’m hoping to catch at least one of the 2 caterpillars as they begin forming the chrysalis, as well as catching the new butterfly emerging from the existing chrysalis! Time will tell :o)