Today’s Fun Friday post comes from a lake at a nearby Missouri Conservation Area. As anyone who has been following me for a while knows, one of my favorite photography subjects is the American Beaver (Castor canadensis), shot from my kayak. Today’s post is of some recent activity at one of the lodges. As we prepare to move into the winter season, the beavers have been very busy working on the roof of their lodge. I have been trying for a long time to capture some of this activity, but since this typically occurs at night (the beavers are nocturnal animals) I haven’t been very successful … until now.

Lately, I’ve been heading out in the kayak well before sunrise. On this morning, I was sitting in front of the lodge at least 45 minutes before sunrise. I couldn’t really see anything, but I did hear some activity going on. And then, within another 10-15 minutes, I began to be able to see a couple of beavers as they lumbered about, on top of the lodge! I sat still in the kayak and made sure not to approach too closely. In fact, when I saw the activity going on, I quietly moved the kayak even farther away from the lodge. I had set the controls on my Canon EOS-7D camera for extreme low light conditions (ISO at 12,800) and had my 100-400mm lens at f/5.6 (the largest Aperture setting on the lens). I also took a “test shot” of the lodge and adjusted the Exposure Compensation until my histogram indicated I was “exposing well to the right” … this helped to prevent serious noise in the images. I wasn’t sure how this would work out … shooting well before sunrise … from a kayak … handheld … I think you can get the picture! But I was pleasantly surprised. Here are a few of the images I was able to capture: 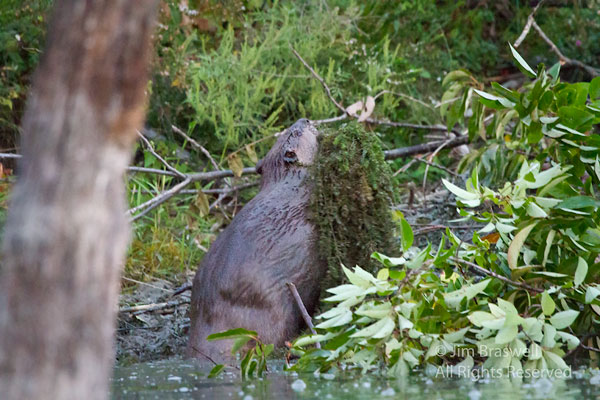 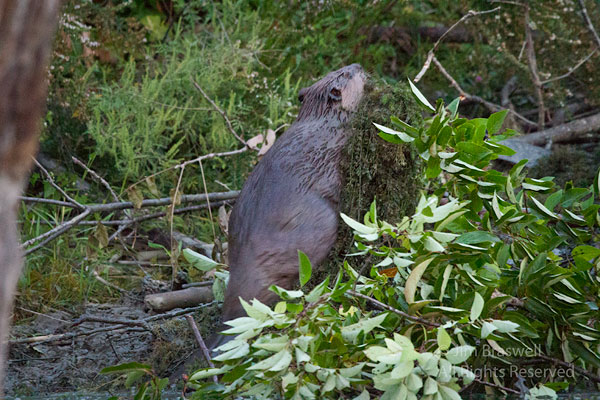 I sat and watched (and photographed) the 2 beavers as they would slide into the water from the lodge and submerge into the lake water, only to return with a mouthful of aquatic grasses. Then they would climb on top the lodge and place the grasses in strategic locations. I watched this activity for about 20 minutes and then the sun began to rise. About that time, the beavers noticed me and headed quickly for the water. One even had the nerve to tail-slap me! 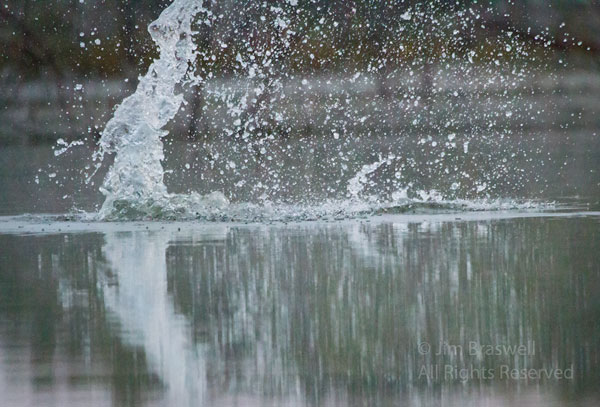 With that, the night’s activity was officially over and the beavers began entering their lodge for the daylight hours, evidenced by watching exhaled bubbles heading toward the lodge. After they were all in the lodge, I paddled the kayak close to the lodge to get a closer look at the night’s activity: 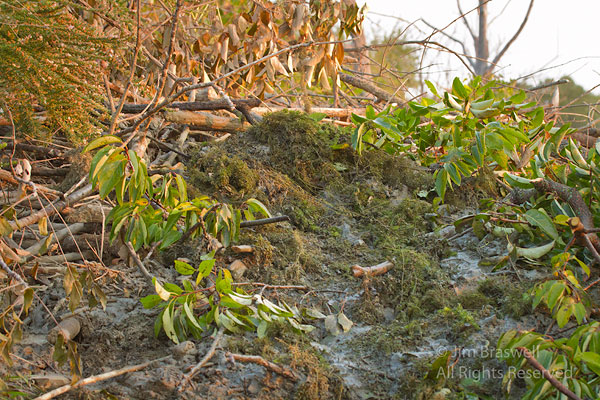 With last weekend’s art festival completed, I’m now patiently waiting for some rains and weather changes that are working their way through the area. Once they’ve passed through, I’m planning on some more early morning kayak trips to capture some more preparations for the upcoming winter!