Today’s Fun Friday photo comes from the prairie I’ve been working. While photographing wildflowers and small insects the other morning, I just happened to catch some movement out of the corner of my eye. As I adjusted my tripod to capture my little prairie friend, he quickly darted behind a flower on the Common Milkweed (Asclepias syriaca) flower I was photographing: 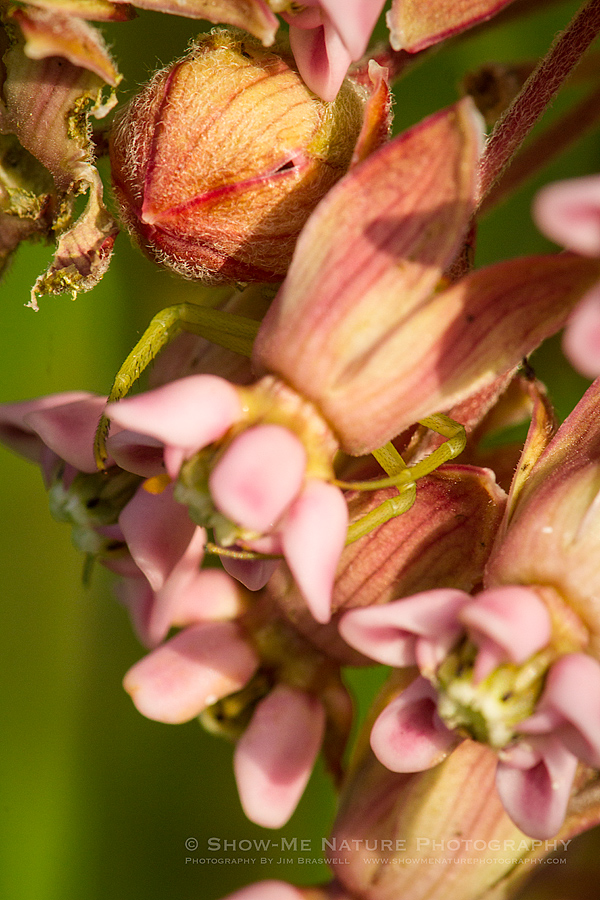 Did you see him? Here is an enlargement of the above photo, making it a bit easier to spot: 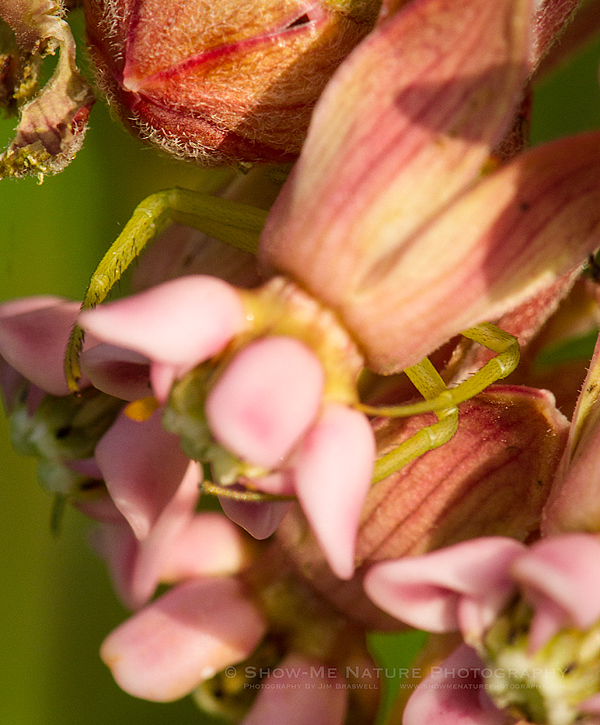 The camera-shy critter? A crab spider. Not sure of it’s identity … not easy to identify when you only see the legs! When I first spotted the movement, he was on the outside of the plant, but quickly moved behind one of the tiny flowers. It wasn’t until a minute or so later that I spotted his legs, wrapped around one of the flowers. I’m sure he didn’t go too far, so I’ll be on the lookout for him during my next prairie hike!

Crab spiders are very common on the prairie. All that I have seen are either a white or yellow color. They are especially difficult to spot later in the year, when they like to sit on goldenrod or sunflowers, blending in quite well! The different crab spider species vary in size from about 3mm to about 15mm … very small!