RMEF contacted me about two months ago and wanted to use an image they found on my website in their November-December issue of “Bugle”.  When I reviewed the image they were inquiring about, I found it was of a male, Eastern-collared lizard.  Sheepishly, I had to ask them if they realized that the image was not of an elk. The responded by saying they were doing an article on Peck Ranch, a 23,000 acre Missouri Conservation area, in southern Missouri. Peck Ranch was the site where elk were re-introduced in 2011.  And in 2000, the Eastern-collared lizard was re-introduced here.

This past week, I received a check and a couple of copies of the magazine. Here are some images I captured: 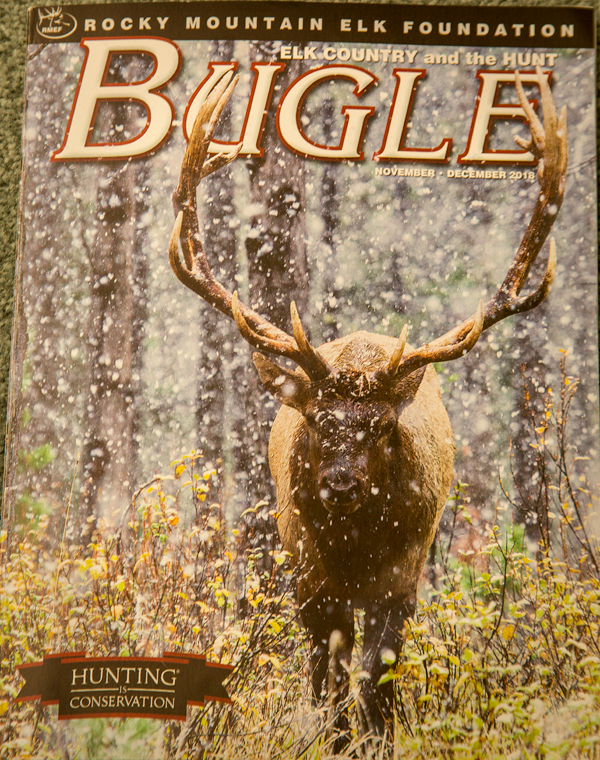 My image of a male, Eastern-collared lizard: 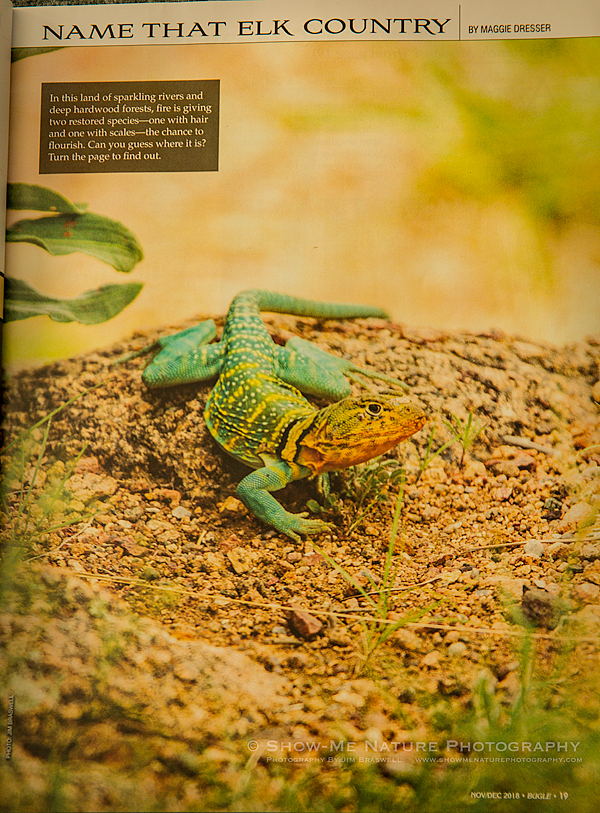 And the one-page article: 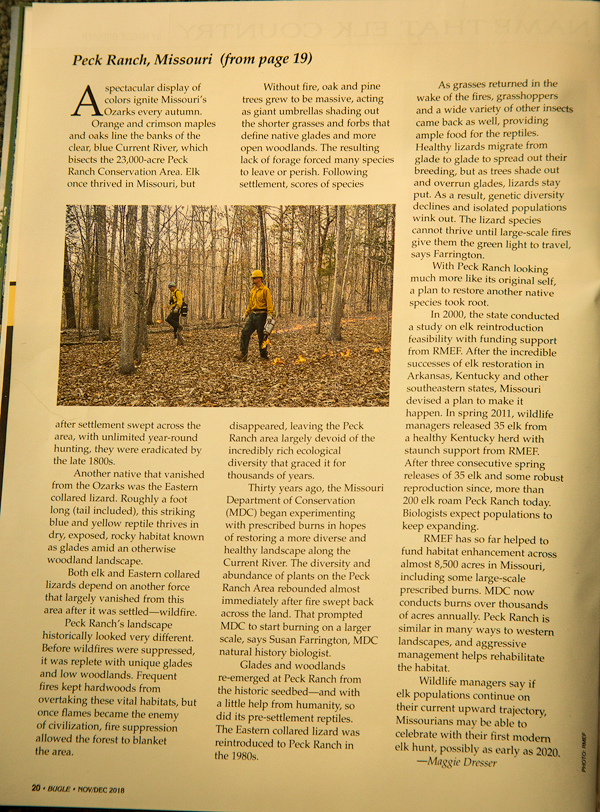