On Saturday, I was treated to another “Life” bird! One of my Blog followers and birder friend, Ginny, invited me over to her and her husband Pete’s place to photograph some Golden-crowned Kinglets (Regulus satrapa), which she has recently been seeing in some brushy/wooded areas behind her house. When she invited me over, it was a “no-brainer” to say “Yes”.  And I was glad I did!

My birding adventure began as I left my home and headed on my ~12 mile trip to Ginny’s. I got about 2 miles from my house and saw a Red-tailed Hawk (Buteo jamaicensis) sitting on a fencepost along the country road. As I approached, he bent over, grabbed a mouse in his beak, and flew across the open field. As I neared Ginny’s house, a lone coyote (Canis latrans) trotted across the country road and headed out into a field. Now I knew this would be a great day!

Once at Ginny’s, Ginny and I began our birding adventure with a Yellow-bellied Sapsucker (Sphyrapicus varius) that has been active near the house. These birds are not readily found in our area and was Lifer #1 for me, for the day! I photographed him for a few minutes, but never got the clear or close shot I was looking for. We continued our birdwalk to the area where Ginny had been seeing the Kinglets.

We wandered around for quite a while, with no luck in finding any of the Kinglets, but were treated with a variety of woodpeckers, Tufted Titmice, Northern Cardinals, Black-capped Chicadees, and a few other birds. But some time later, Ginny heard the familiar call of the Kinglets. We stood still and surveyed the area, but still could not spot any of these small birds. So we continued walking about the wooded area, and as we did, we eventually come upon 2-3 Golden-crowned Kinglets … Lifer #2 for the day!

Photographing these little beauties was a lot of fun, but was very difficult. They are so “hyper”, moving rapidly and not sitting in one place very long … often, not long enough to get a good focus on them! Also, they tend to forage in brushy areas, so finding them with a “clear” shot took quite a bit of luck! After we ended our birding adventure, I drove home and downloaded my images, finding that I did manage to get a few nice images of the Kinglet. Here are some of my favorites: 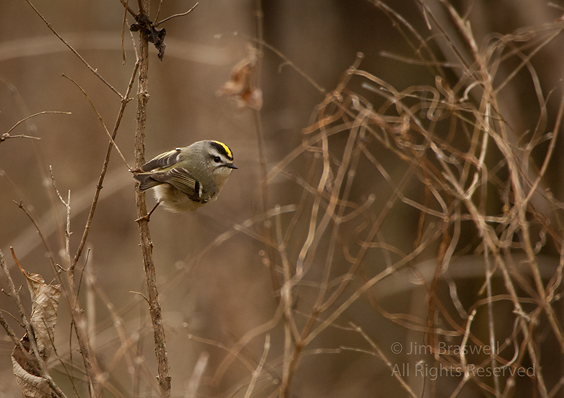 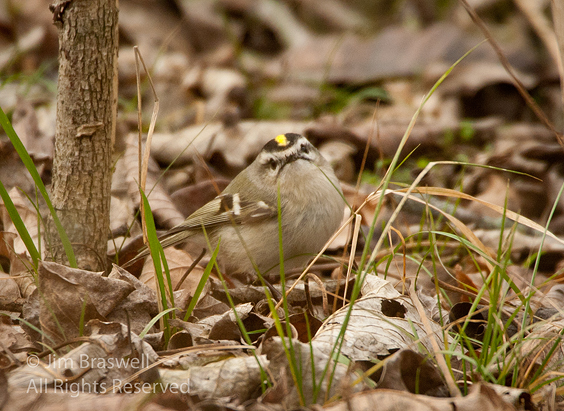 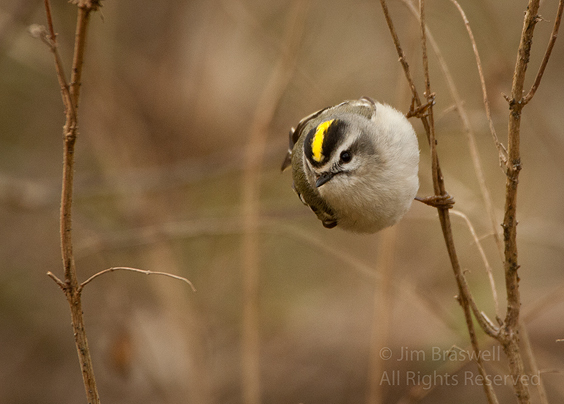 And one “pleasing blur” of the little beauty flying: 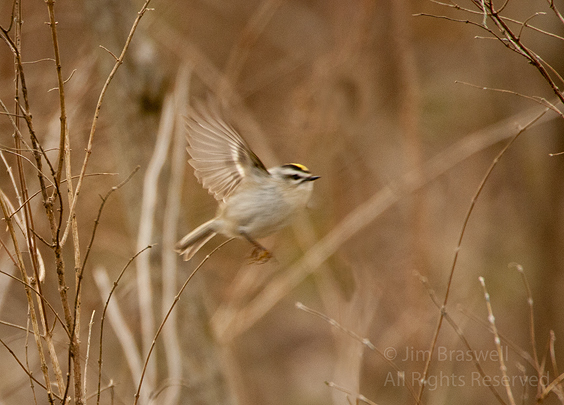 When all was said and done, I had 2 Life birds for the day and Ginny and 1 … near the end of our birdwalk, we saw a Winter Wren (Troglodytes troglodytes). I’d like to think I brought Ginny a bit of luck, but I really doubt that I had anything to do with it! I do want to again say “Thanks” to my friends Ginny & Pete for allowing me to experience their beautiful, feathered friends … and to gain 2 Lifers in the process!