In celebration of Earth Day, I’m reposting a post I made a little over a year ago. While photographing brown bears at Hallo Bay, Alaska, in 2012, I was able to walk among some really great ones … not only bears, but some of the world’s top videographers. They were in the process of filming a new DisneyFilm, “Bears”, which is being released this Earth Day 2014. Quite an honor to be able to witness these greats in action, as well as chat about some of their experiences over dinner in the warm galley! The film “Bears” is now out and for the first 2 weeks of playing, DisneyFilms will be donating a portion of the proceeds back to Mother Nature, so take some time out to enjoy our Mother Earth, the bears of Hallo Bay, and support her at the same time! Here is the post I published in 2013:

If you saw the preview of the new DisneyFilm bear movie that I posted the other day (“Grab Some Popcorn …”), I’d like to go behind the scenes and share some images and stories of my visit to Hallo Bay Bear Camp, where the new movie is being made.

As I mentioned, I was photographing the beautiful coastal, brown bears of Hallo Bay at the same time that a film crew from DisneyFilms was capturing video and stills for the upcoming movie “Bears”, scheduled to be released on Earth Day 2014 (April 18). During the downtimes, I was able to talk to some of the crew and get some video tips (I’m new to capturing video on a DSLR), as well as some great stories! First, here are a couple of bear images I captured during that trip: 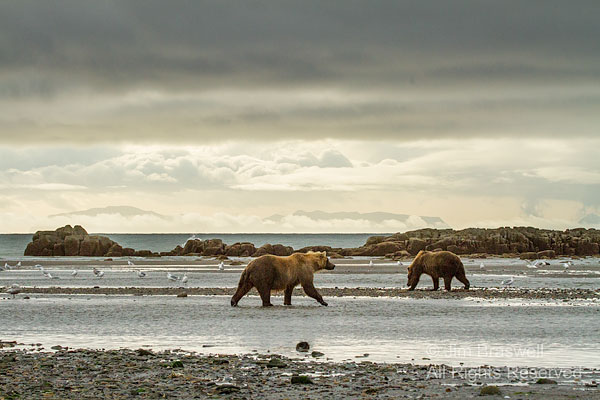 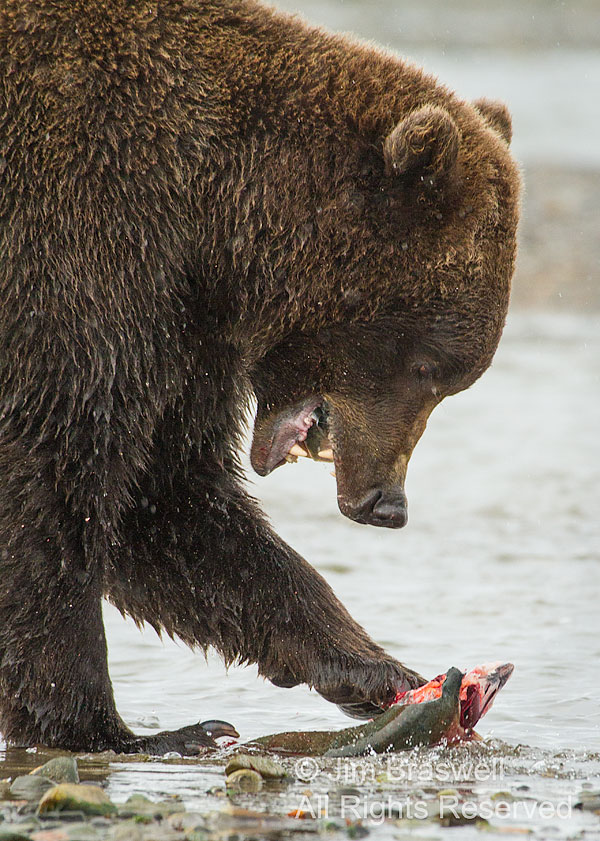 And here are some of the images I made of the film crew (note: we always stayed some distance away from them, so the noise of our cameras’ motor drives was not captured by the video): 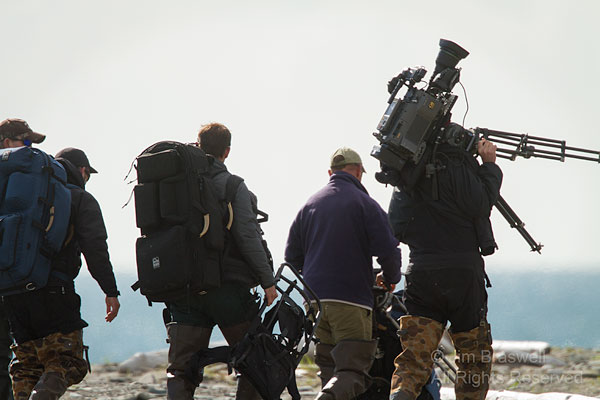 Note: I thought my equipment was heavy, but seeing these guys haul all their gear around every day made mine feel quite light!

In this next image, Simyra (one of the natural world’s best guides) is leading one of the crews to film the bears: 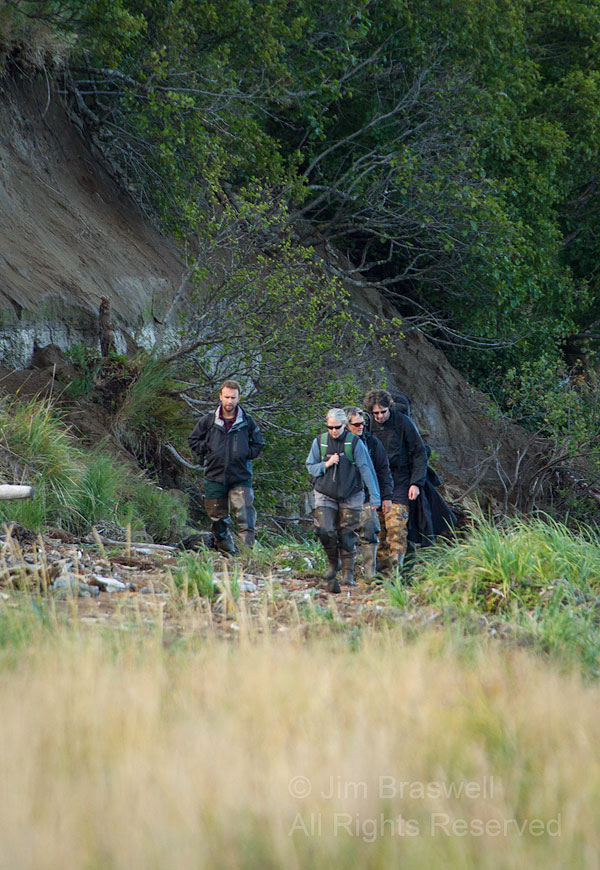 Here, the crew is trying to determine the best shooting angles (I was positioned across the creek from the crew): 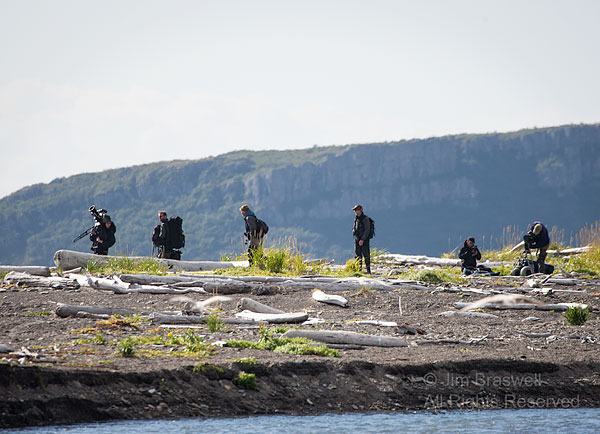 As with still nature photography, you often have to wait for the subjects to come within shooting distance. In this case, the film crew watched a bear as it chased salmon up the creek (guess they already had plenty of that shot!): 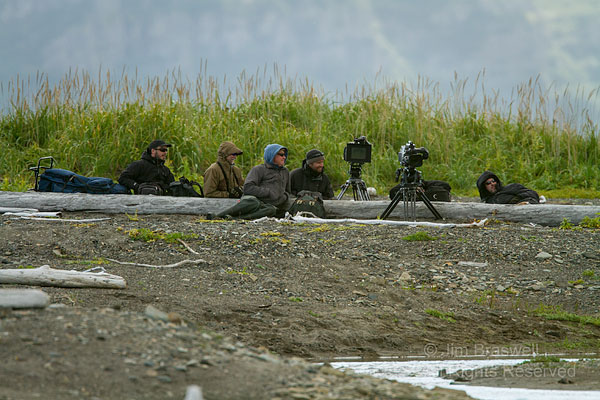 When we were in camp, I heard some great stories from Gavin, one of the Emmy-award winning videographers. He had some videos that he had made of one of his projects in the UK … moving a camera, via remote, down the streets (and even around corners!) via overhead wires, while everyday people and activities went on. Quite an interesting project.

And I got to see a unique piece of filming equipment, although I was not able to see it operate. Gavin had brought along a remote-controlled cart, with large, bubble-style wheels, that he was using to try to capture some 360-degrees footage of bears playfighting. To operate, he would mount his video camera on a gyroscope that was attached to the cart. Then, when a pair of young brown bears would start playing, he would run the cart, in a wide circle, around the bears, giving the sense of the viewer walking around the bears. Look for that sequence in the upcoming movie … I’m sure it will be outstanding!

Meanwhile, I’m really looking forward to the release of this new film on Earth Day 2014!

By the way, Gavin was featured in several of the “North America” series, including some interviews with him at the end of the shows.