How to Properly Build a Web Site

When I concluded my last prairie meadow photo session, I was leaving the area via the woodland trail. As I walked down the trail, I looked above me and happened to see a Marbled Spider (Araneus marmoreus), which is one of the orb weaver spiders, moving about in it’s web. I paused a moment to see what it was doing and discovered it was either building a new web or repairing an older web. It was very fascinating to watch, so I set my equipment down, set the tripod up and mounted my camera/macro lens onto the tripod. Unfortunately, the spider was ~2 feet above me, so I could not get a really tight macro shot of it. Here is a sequence of images I made as the spider circled the web, adding to the existing structure. If you look closely from frame to frame, you can see how a spider builds his web site!

In this first image, the spider’s head is on the lefthand side of the image. If you look at the back of the spider, you will see a strand of silk coming out of the spider’s spinneret, a structure that deploys the liquid silk from the silk glands, inside the spider. You can also see that the spider is using his left, rear leg to gently position the silk: 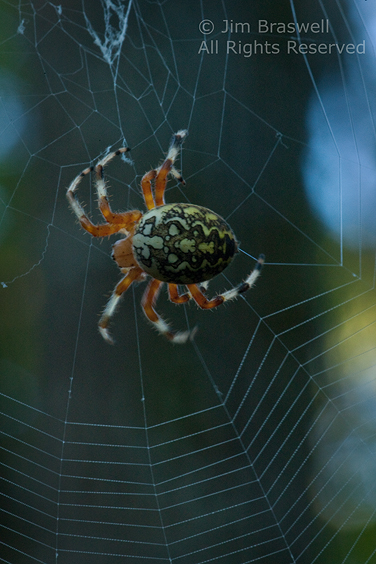 In the next image, the spider is using both rear legs to place the silk in position for attaching to the existing structure: 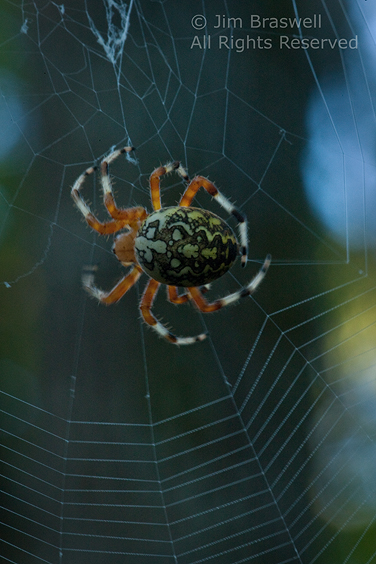 And in the next image, he is actually attaching this strand of silk to a “vertical” strand of the web: 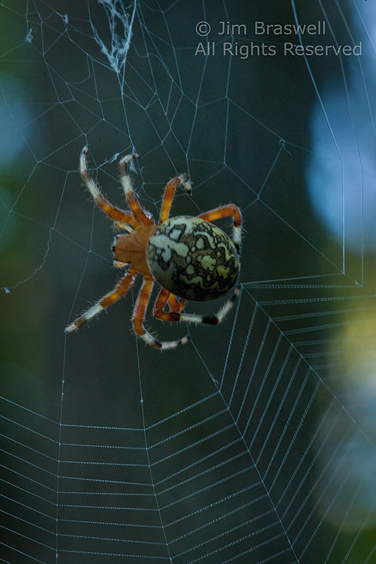 The next image shows the latest strand of silk attached to the “vertical” strand and the spider is moving further to the left, allowing more silk to be deployed from the spinneret: 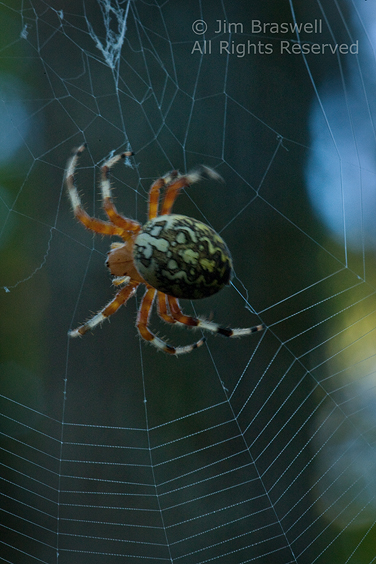 And in the next image, the spider is reeling more silk out to allow for the run to the next “vertical” strand: 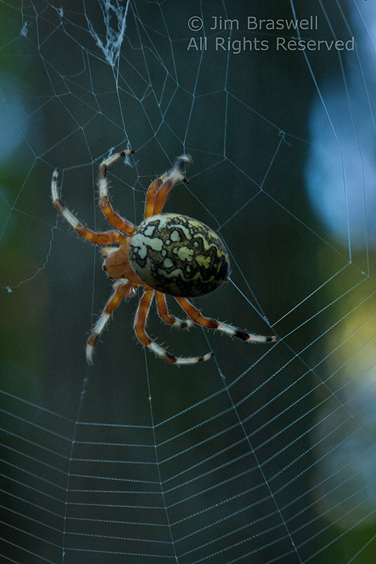 And in the final image, the spider repeats the process as he heads up the leftside of the web, working his way around the web in a clockwise direction: 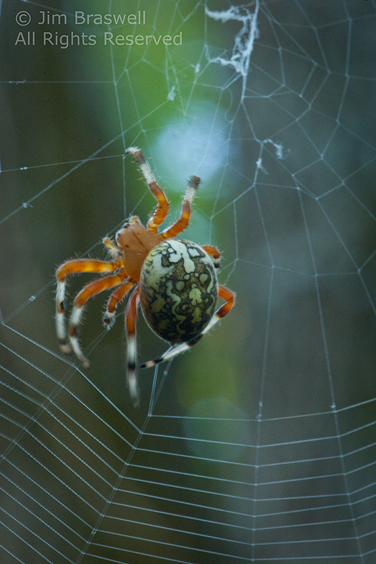 To watch this amazing process unfold in front of my eyes was fascinating. And the process of web building is actually quite fast. I only wish that the web was located lower, maybe eye level. That would have allowed me to get better macro shots, as well as remove some of the distracting light that was coming through the wooded canopy and directly towards the spider and me (I did move around a bit to minimize it as much as I could, but the movement of the spider made it difficult to keep the distractions out of the images). I’m also hoping to get a chance one day, to shoot some video of such activity.

If you enjoyed this post, please feel free to share this link with others who you feel may enjoy it!