Yesterday morning, I hiked the nearby natural prairie, looking for the white-tailed deer doe with 3 fawns. Unfortunately, I didn’t see them, although I have a strong suspicion where they are hanging out. The only problem is that the vegetation is so dense that I’d likely scare them away, just trying to reach the area. So, I’ll be patient and hopefully they will come back to me! But I did make a few interesting finds on the prairie. A lot more wildflowers are now blooming (I’ll feature some in the upcoming posts) and with our temperatures now stretching into the low 90’s, the prairie is becoming very active with all kinds of prairie creatures. One such example is the Clearwing “Hummingbird” Moth (Hemaris thysbe), who were mostly attracted to the blooming milkweed plants: 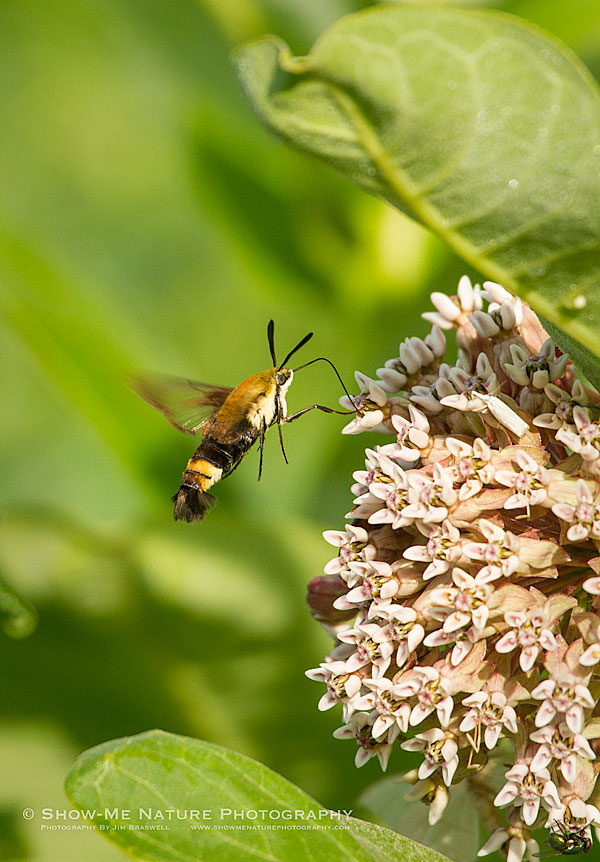 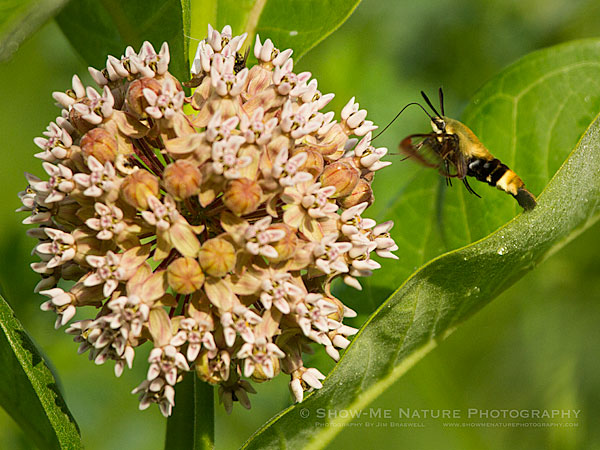 Most of us know this unique insect as the Hummingbird Moth. But it is also known as the “Common Clearwing”, which is a self-explanatory description of this unique moth … wings that you can easily see through (when the rapid motion is stopped via photography). This beauty hovers over flowers while collecting nectar from them, producing a buzz with it’s rapid wing beats, very similar to the hummingbird except a bit softer. There are 2 generations of the Hummingbird moth per year and they can be seen hovering around flowers from May to September. Interestingly, the wings initially are plum-red to brownish-black, but the scales drop off after it’s first flight, leaving clear areas devoid of scales, except along veins. These are one of my favorite prairie insects to photograph, although they can be a bit challenging as they rapidly move about a flower.