After leaving Glacier National Park, I traveled south to the Missoula, Montana area. On the way, I stopped and drove the 16-mile auto tour route of the National Bison Range. The National Bison Range is a National Wildlife Refuge located in western Montana established in 1908 to provide a sanctuary for the American bison, and is one of the oldest National Wildlife Refuges in the United States. It is managed, like other refuges, by the U.S. Fish & Wildlife Services.

As I left the Visitor’s Center and began the long drive around the range, my eye caught a slight movement as I passed by. I stopped, backed up a bit and looked out to see this handsome bullsnake (Pituophis catenifer) who was trying to cross the road. I got out and took these photos: 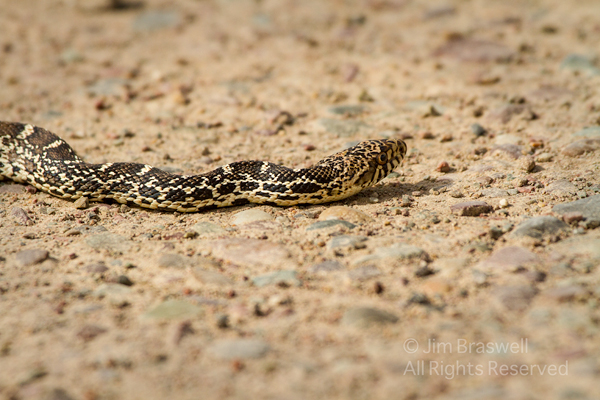 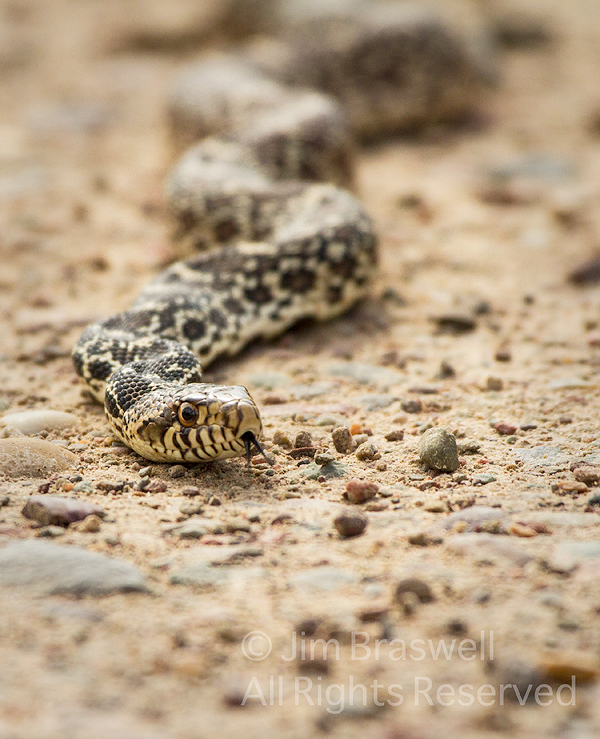 The Bullsnake, also called Gophersnake, is Montana’s largest snake and can grow up to 7-feet long, although most only get between 3-feet and 5-feet. The one I spotted was only ~24″-30″ long, so it was still a juvenile. This snake is identified by a series of large black to brown blotches that run down the back, and another series along the sides. The blotches, which are set on a yellow background, become more widely spaced toward the tail. Bullsnakes are great pest controllers, keeping mice populations in check.

Coming up … more critters from the National Bison Range.