I’m going to temporarily move away from the Trumpeter Swan images (but will be back very soon!) so that I can blog about an extraordinary experience I had yesterday. Earlier this week, I was notified by one of my local, regular blog readers that a couple of Snowy Owls (Bubo scandiacus) had migrated into Missouri. Having never seen a Snowy Owl, I was quite excited! I made plans to go and look for the pair on Tuesday, but that didn’t work out. We had our first snow of the season over the night time hours, only about 1/2-inch, but there were car accidents everywhere (hmmm, was there a full moon, too?). With traffic snarled, I decided to try again on Wednesday … this time everything went great!

First, let me share 3 of my favorite images I made yesterday, then I want to share some more information on these beauties: 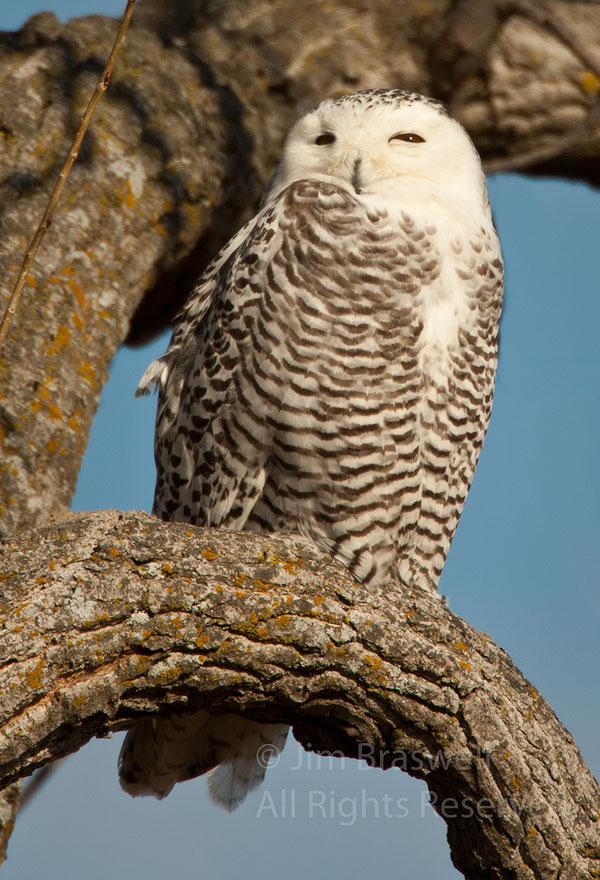 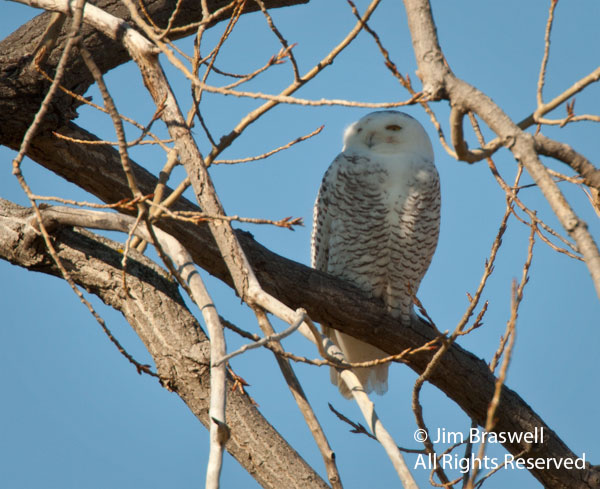 A short time later, I could see I was boring Owl #1 … he began yawning!: 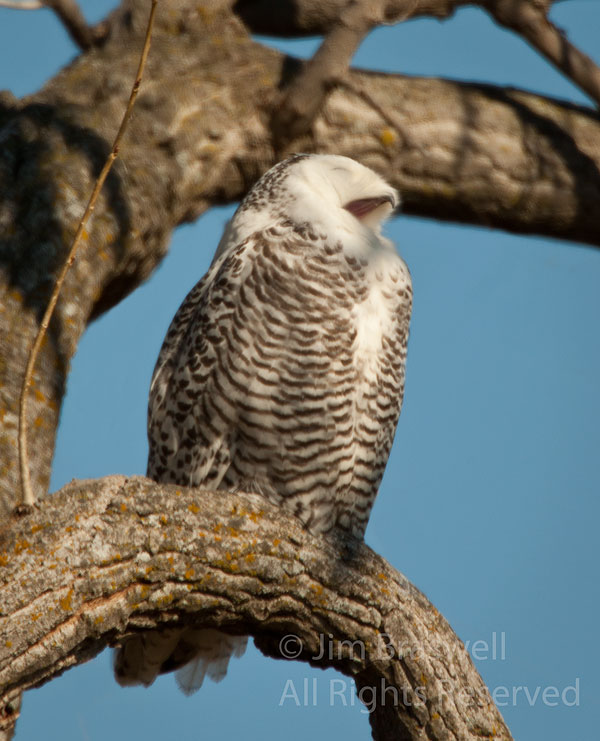 Living in Missouri, it is not often that we are blessed with such beautiful creatures like the Snowy Owl coming to visit us! In fact, about 3 years ago I had heard of another snowy owl in north-central Missouri. A trip there was unsuccessful as we spent several hours looking (in snow, nevertheless!) for a white owl … talk about looking for a needle in a haystack!

Snowy Owls tend to migrate southward into the northern United States every few years. Most of the time, their migration this far south is a result of a decline in their food source in the far north. By the way, one of their favorite food source is the lemming, a mouse-like creature. Interestingly enough, I have recently read that the experts believe that this year’s migration may not be so much a result of a decline in food source, but rather a result of a highly successful breeding this year that has resulted in a higher-than-normal amount of surviving chicks! In any case, I welcome these “life” birds to the Show-Me-State with open arms.

In closing, I’m hoping that these guys will stick around for a little while and maybe I can photograph them in snowy conditions … a more “natural” environment for them :o)  And if these 2 don’t cooperate?  Well, there’s another 3 Snowy Owls that have been located in the southern part of Iowa, not far from Missouri. Maybe we can entice them to come to the Show-Me-State for a visit!