Not really, but the other day I was kayaking a lake at a local Missouri Conservation Area. My objective was to check on some beavers that had been displaced from their long-standing lodge, due to our area’s extreme drought conditions that have dried up the waters where the beavers had lived for many years. This lake is not very far away from their old home, so I thought I’d check to see if they had relocated … more on that in another post.

That morning, I did have an interesting encounter with a Great Horned Owl (Bubo virginianus). I slipped the kayak into the lake waters about an hour before sunrise. It was rather dark at that time, but I wanted to get back to where I expected to find the beavers, well before sunrise. Beavers are primarily nocturnal mammals and I wanted to increase my chances of seeing any activity outside any lodge that might be in the area. As I slowly paddled away from the lake’s boat dock, I saw a rather large form sitting in a small, dead tree that was standing in the lake. As I paddled closer, I could see it was a Great Horned Owl. I stopped paddling and just laid low, taking the opportunity to make some images (which was hard to do that early before sunrise … and from a kayak!). After I grabbed a few shots (which didn’t turn out very well in the extremely low light conditions), the owl flew a short distance into a larger tree, one that was also standing in the lake. And a few moments later, he flew into a dead tree snag that was barely above the water level. But he was now in better lighting, enabling me to grab some decent images of him: 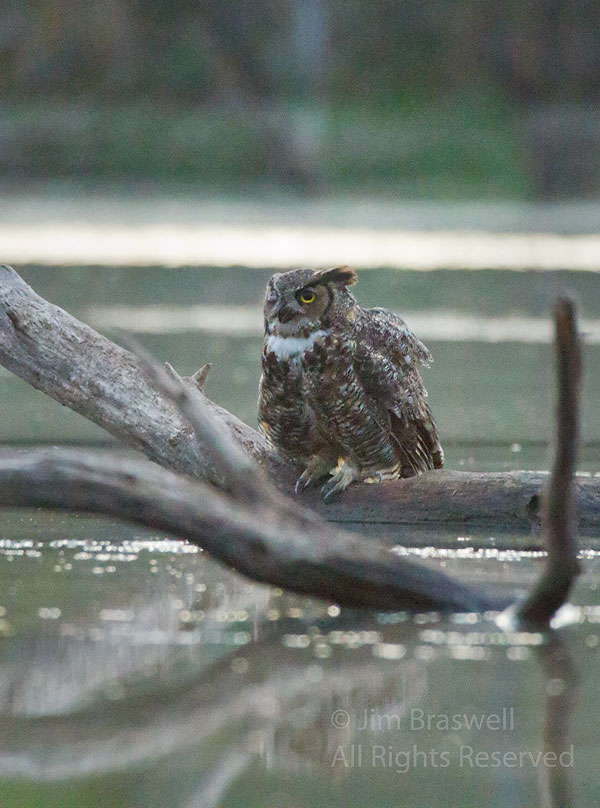 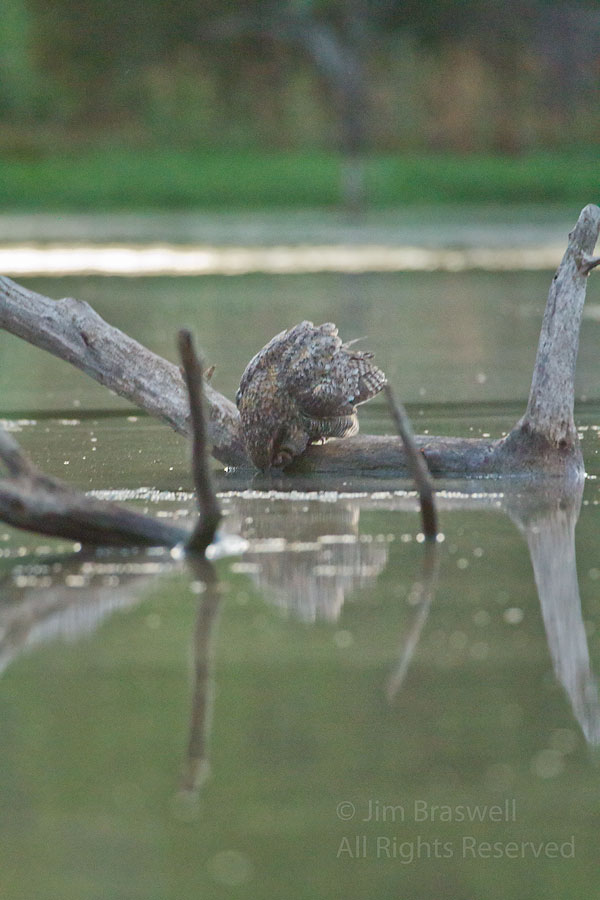 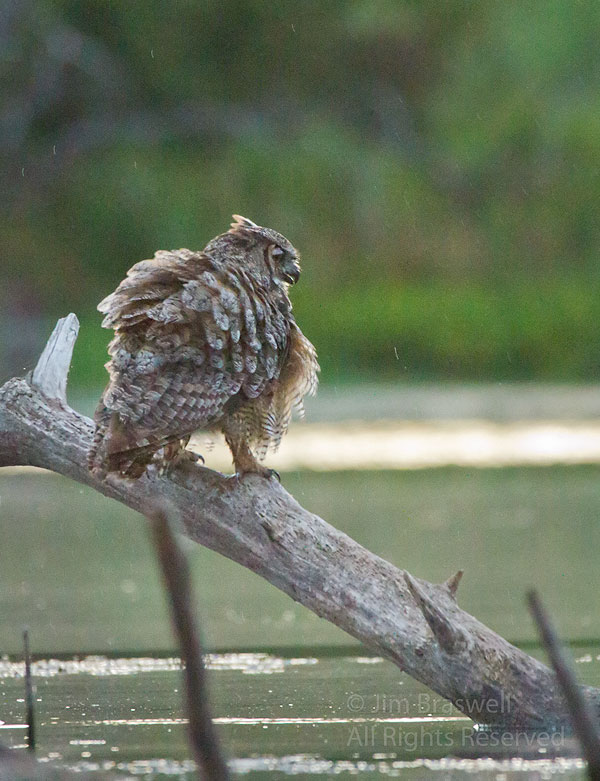 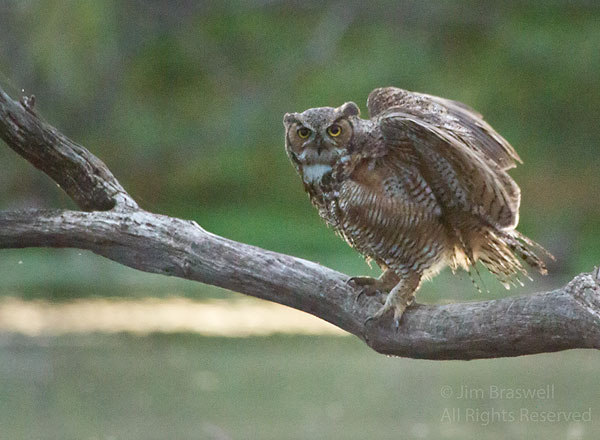 Fortunately for me, the very gentle wind was blowing me directly toward the owl as he hung out on the tree snag, making my approach very stealthy without the need to paddle. Since a kayak sits low in the water, and I was being careful not to make any noises or quick movements, I actually got very close to the owl. In fact, I had to work at slowing down, and even reversing my forward momentum … I didn’t want to scare this very cooperative bird away! He rewarded my by sticking around for about 10 minutes, which was sufficient to get a few cool images.

Oh yes, while I was photographing this beautiful bird, I noticed a couple of young Barred Owls, that looked like they had recently fledged from their nest, sitting in the background behind the Great Horned Owl. Once the Great Horned Owl left, I paddled over and captured some images of the pair of Barred Owls … I’ll feature them in another post :o)