Today’s post is the first of several that feature some images I captured during my kayak adventure down the Myakka River, within Myakka River State Park (MRSP), Florida. I’ve photographed at MRSP during several trips to Florida, and have always dreamed about kayaking up the river into the areas where humans don’t normally travel … only the native wildlife. Well, over the winter I refinished “Rubber Ducky”, giving her a new coat of camo paint. I was surprised to find that Ms. Ducky would fit inside the SUV! That really made it easy to transport her to Florida with me! Although it took up a lot of room inside the car, I was able to pack a lot of things inside the canopy of the kayak … problem solved!

The first couple of days at MRSP were spent driving around and hiking to Deep Hole. After I had a good sense of what wildlife was present, I unloaded Ms. Ducky at the Myakka River bridge, loaded my camera onboard, and launched into the river. Once I paddled out of sight of the bridge, it was like I entered another world … no people, but wildlife everywhere! In today’s post, I’m featuring the Tricolored Heron, a common heron with an interesting behavior.

In this first image, the heron is fishing using a technique often referred to as “canopy feeding”. Spreading it’s wings like an overhead canopy, the heron shades the water making it easier to spot unsuspecting fish: 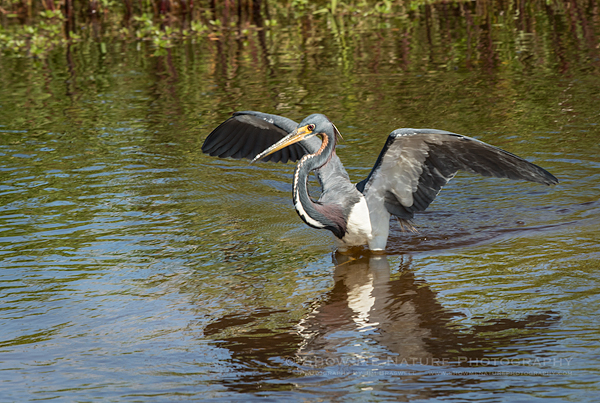 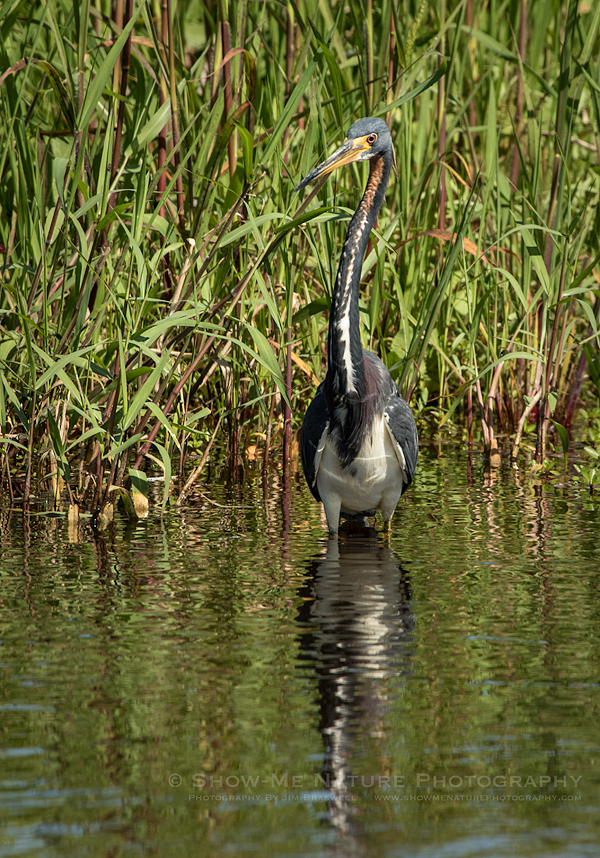 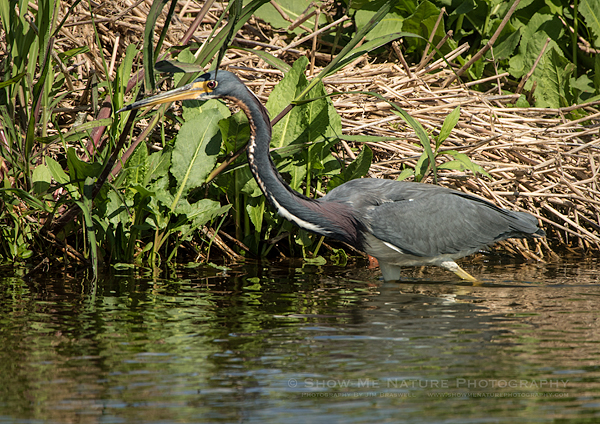 Once a fish is spotted, the heron makes a lightning-fast stab: 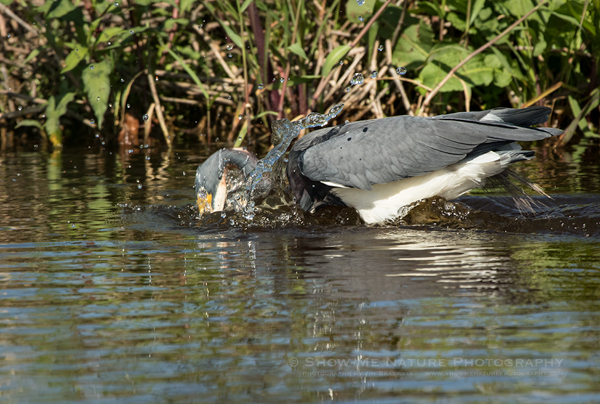 When successful, a snack is captured: 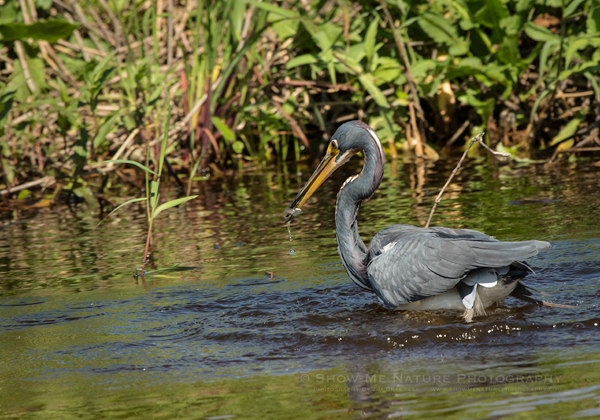 Coming up, more wildlife captured while kayaking the Myakka River.