Today’s post is the story of “my lucky three’s”. On Wednesday, I make my first kayak outing in several months. Following the Midwest drought of a couple years back, we just haven’t had the rains we typically get, and the areas I kayak have not had sufficient water for kayaking, for some time. But the recent rains have seemed to have remedied that, so I decided to see what wildlife I could find.

I was hoping for some Beavers, one of my favorite kayak subjects. On Wednesday (Day 1), I had zero luck. On Thursday (Day 2), I decided to try another location that typically is good for beavers. As I reached the beaver lodge, there were no beavers in sight. I patiently waited for about 2 hours, but no activity, whatsoever. But I did hear gnawing from inside the lodge, along with the occasional “whining” noise the juvenile beavers sometimes emit.

Yesterday (Day 3), I headed back to the location where I had heard beavers on the previous day. At first, I again only heard the sounds from the lodge. But about 30 minutes later, the beavers began leaving the lodge and swimming in the area water. There were 3 of them … and on Day #3! Here are a few of my favorite images from yesterday’s kayak outing. In the first 2 images, a juvenile beaver is swimming in the large pool of water, with fall colors reflected in the water: 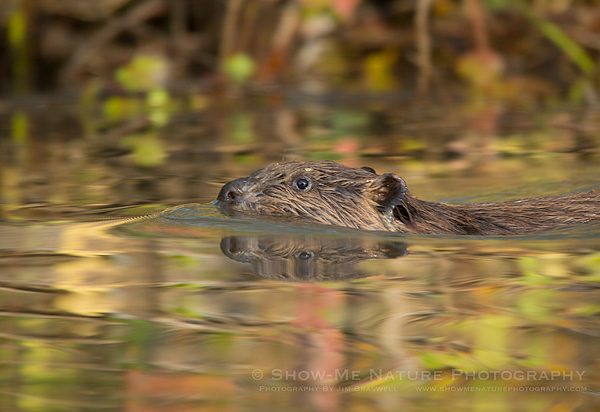 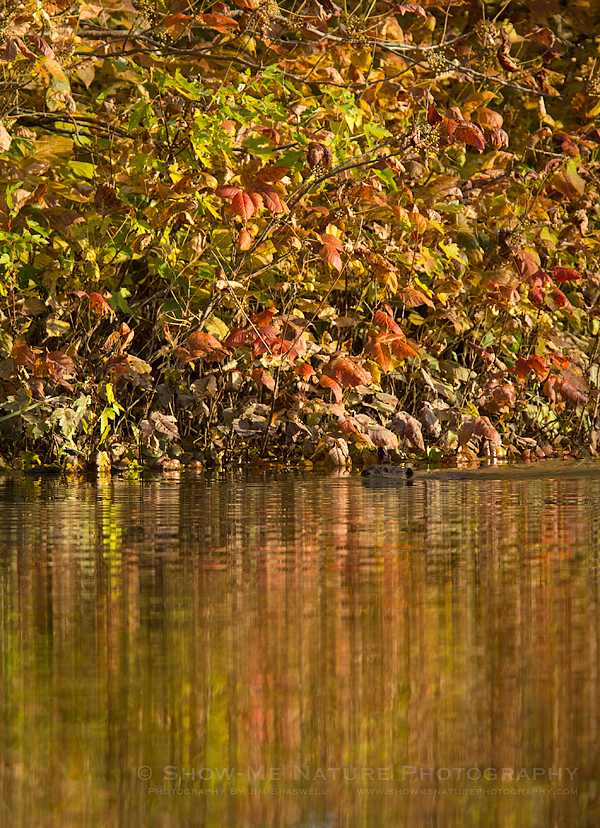 In the next 2 images, one of the juvenile beavers climbed out of the water and onto a downed tree, not far from my kayak: 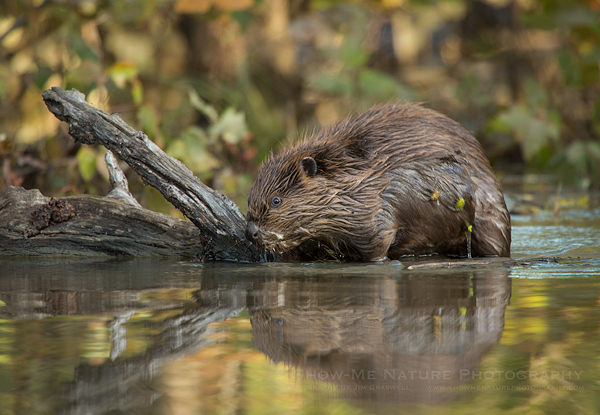 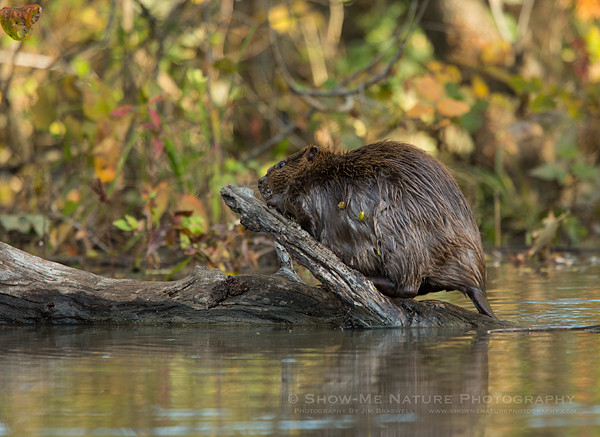 After this post is published to social media, I’m heading back out to see if I can have some more encounters! Maybe “lucky 4’s”?  :o)