Today’s post features the famous Maroon Bells, twin peaks in the Colorado Rockies that are one of the most photographed landmarks in Colorado. The Maroon Bells overlook beautiful Maroon Lake and if you can catch them at sunrise, the Bells literally glow a reddish color as the sun peaks over the mountains and falls upon them.

Having photographed the Maroon Bells a couple of previous times, I wanted to get a little different view this time. To assist me in this endeavor, I was graced with a moon over the bells! I also tried to capture some foreground running water, where water exiting Maroon Lake begins the long and wonderful Maroon Creek. To do this, I used a combination of neutral density filters to significantly slow down my shutter speed, a necessity to slow down and soften the water flow.

Here are a few of my images of the Bells:

In this first image, a “pre-shoot setup shot”, I shot the Bells with no filters in place. This shot was to see how the entire scene fit into the frame and to check exposures. I especially like the starburst pattern of the moon: 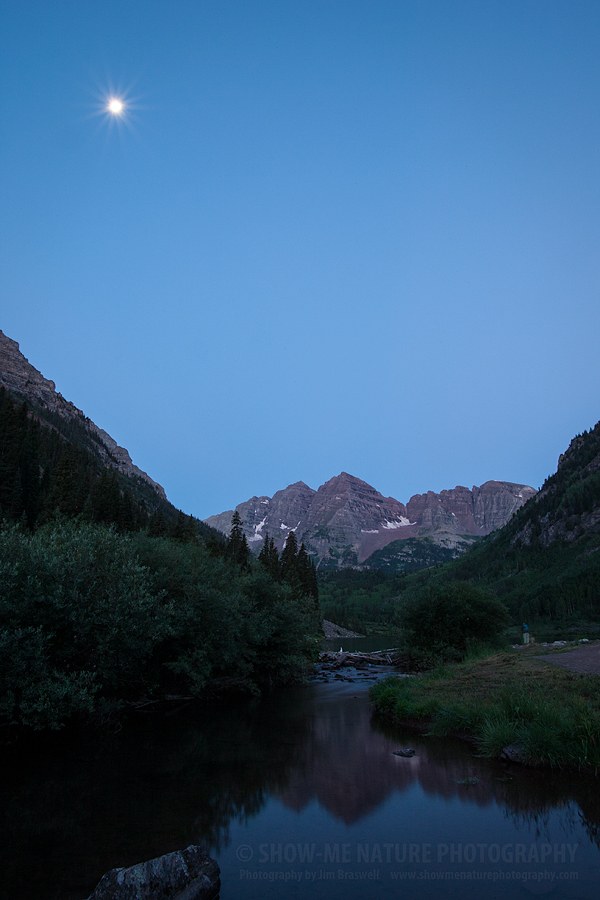 After this test shot, I started adding neutral density filters (2 ea.) to cut down the amount of light entering the camera. This lengthened the time the shutter was open, helping to blur out the motion of the water in the foreground. But it also negated the starburst effect of the moon: 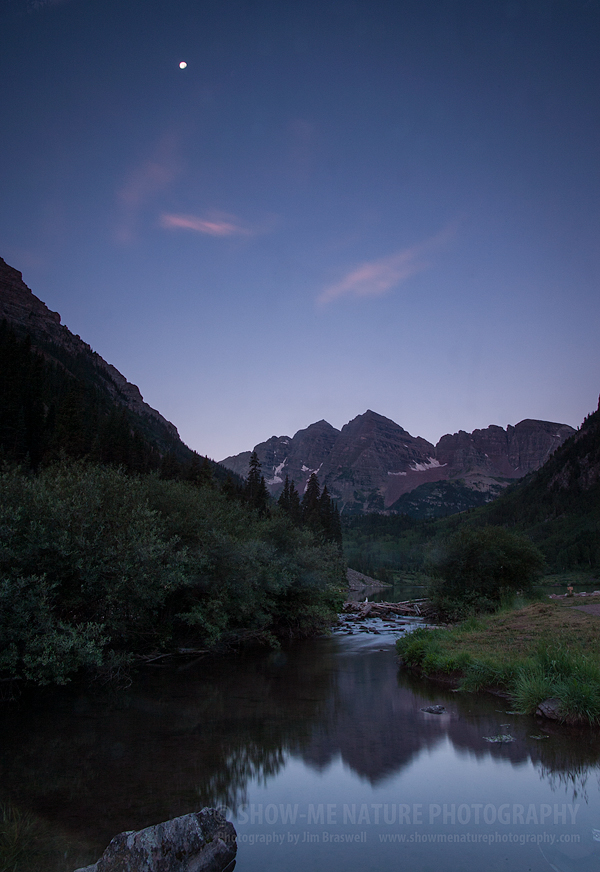 As the sun began to peak over the mountains, onto the Bells, here is the first image of the sunlight hitting the peaks: 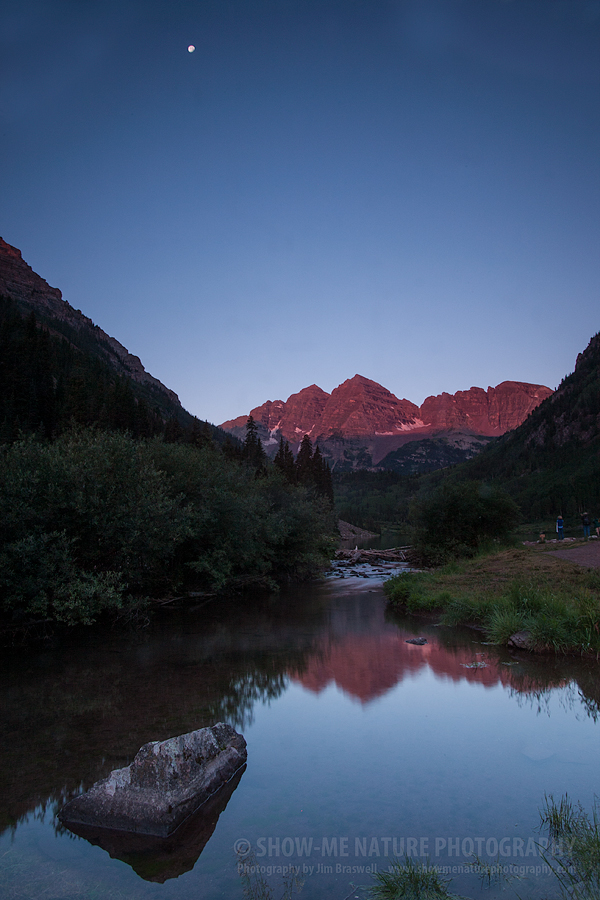 And after a few more minutes, the sun was really impacting the Bells: 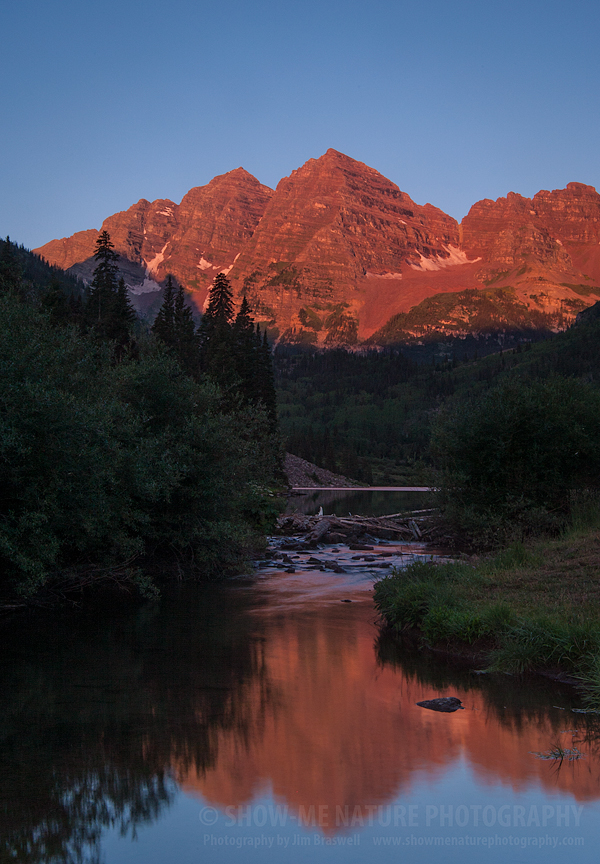 Slowing down the shutter speed (to about 30 second exposure) did give a very smooth effect to the running water. I just wish the starburst effect would not have been affected.

Shooting information: Canon 1D Mark 3 with Tamron 17-35mm lens,  ISO 200, Aperture f/22, Shutter variable (from ~10 seconds to 30 seconds), Used 2 ea. neutral density filters (~3 stops worth).  In a couple of the photos, there appears to be some smudges on the neutral density filters, at the top corners. I’m sure this was due to me moving the filters around (it was quite chilly that morning and I had to take my gloves off to work the filters); when I return home, I’ll play with these in Photoshop and remove the smudges.