Meeting the Whale Researchers, and More

After photographing the River Otters for a short time, we docked in Sointula, where we met and had a wonderful time with some whale researchers. In this first image, Captain Ronn, owner and captain of Delphinus, our boat for the trip, discusses things with Molly (a trip guest) and famed whale researcher, author and environmentalist Alexandra Morton: 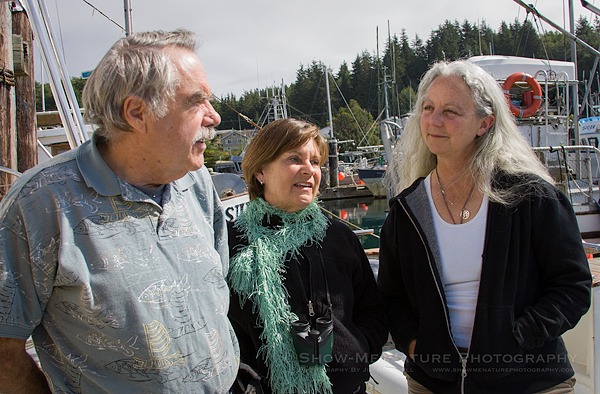 A short time later, I captured this image of Dr. Jay Gaydos (veterinary researcher with SeaDoc Society of UC-Davis, and a member of our trip’s guests), talking to Orca researchers Erin and Rob (I believe both were college students, working on Orca research in the area … more about their work, later): 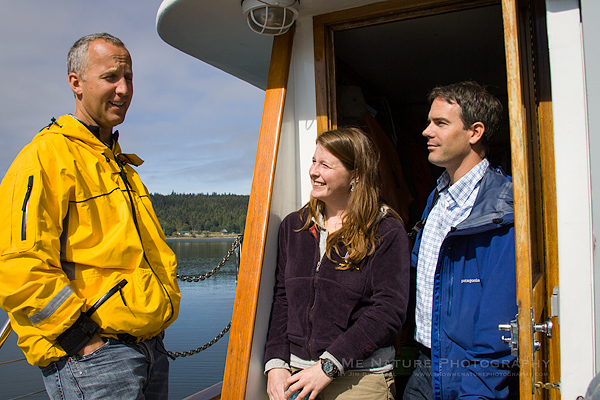 During the talks given by the researchers (about “ranched salmon” issues and ocean mammals of BC), we were all held in awe and learned a lot about the whales. After our afternoon session, we headed out on Delphinus, with our first stop being Village Island. We disembarked from our skiff and hiked around the island finding things like large (and fresh) bear digging pits, where black bears had been digging for roots. We also found many, fresh bear scat that were riddled with berry seeds. Not letting the bears out-do us, we had brought along ziplock baggies, which ended up filled with fresh berries (EJ, our chef for the trip, later made a wonderful cobbler for us … as well as having some fresh berries for our morning cereal!). We also came upon an ancient totem that was covered with moss and small plants growing from the wood: 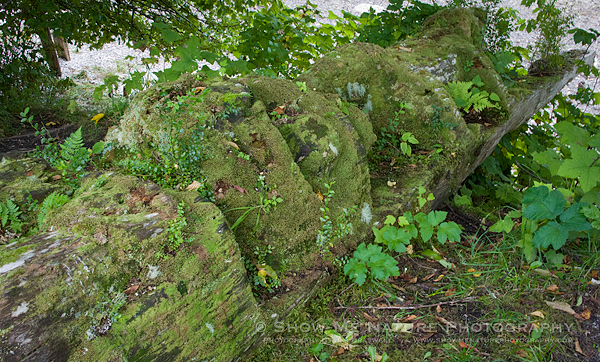 As we hiked the island, we walked down to the beach and investigated some old building ruins of long houses: 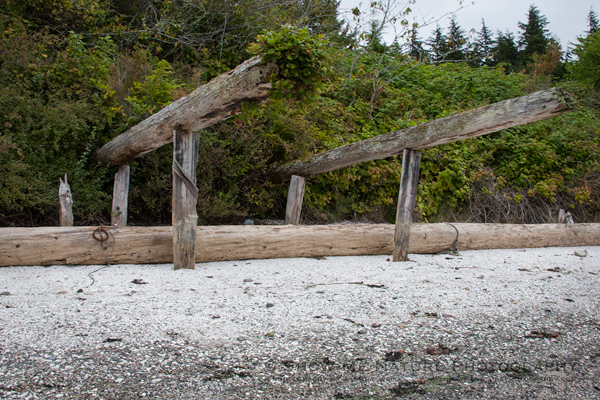 By the time we walked back to our skiff, it was getting quite dark! We all found a seat on the skiff and we headed back out to Delphinus. On our way, we ran across this adult black bear that was foraging for berries along water’s edge (Don’t adjust your eyes … the image is definitely not sharp): 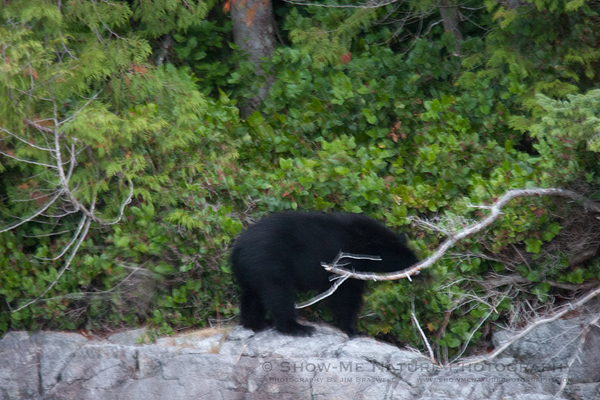 When this last image was made, it was almost dark. I moved my camera’s ISO up to 3200 (which, in 2008 was very high to run ISO on a digital SLR) and still ended up needing a shutter speed of 0.3 seconds! Too much for handholding :o)  So, the image is not a good one, but the memory lasts forever! We then boated a short distance to Maude Island, where we anchored for the evening. Coming up … Orcas!

If you ever get the chance to take a multi-day boat tour in Alaska or BC, consider using Captain Ronn Patterson (of Dolphin Charters). He is an amazing person … a former whale researcher, a full-time naturalist, boat owner and captain, and a walking encyclopedia of information!  And just a wonderful human being!