During last weekend’s trek to central Kansas to photograph some migrating Whooping Cranes (if you missed my post on that, the weather caused all 18 of them to fly off as I was driving into the area), I did manage to grab some migrating Sandhill Crane (Grus canadensis) images. As I previously mentioned, there were ~20 dead cranes lying about, presumably from the extreme winds (clocked up to 90 mph!) and 2-inch hail that the storm brought to the area. During my trip around the refuge the following morning, I also saw a handful of cranes that appeared to have wing damage, also thought to have been storm-related. But there seemed to be many small groups of Sandhill Crnaes still migrating through, after the storm passed. Here are a few images I captured. In this first group, the cranes are arriving at the refuge and are “kettling”, similarly to hawks as they congregate and circle around: 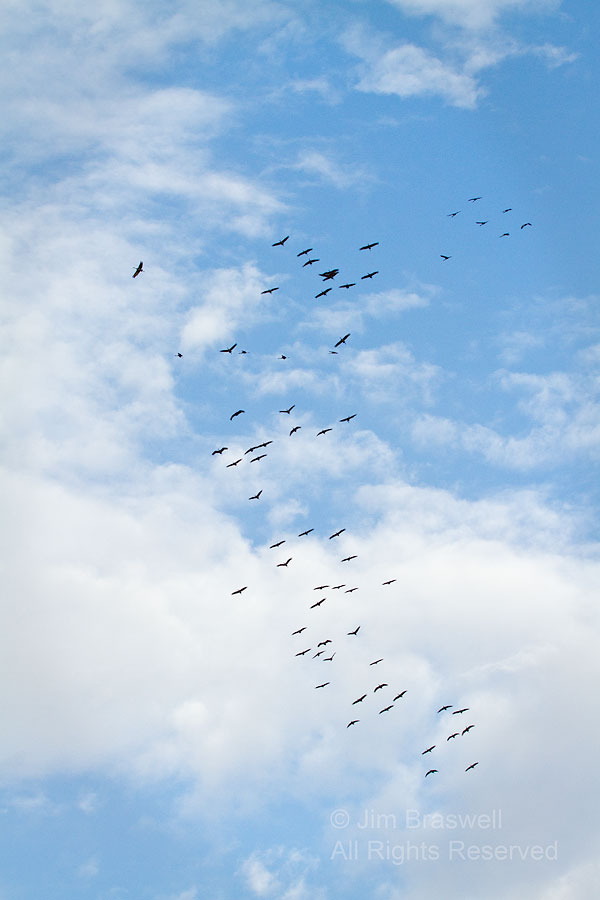 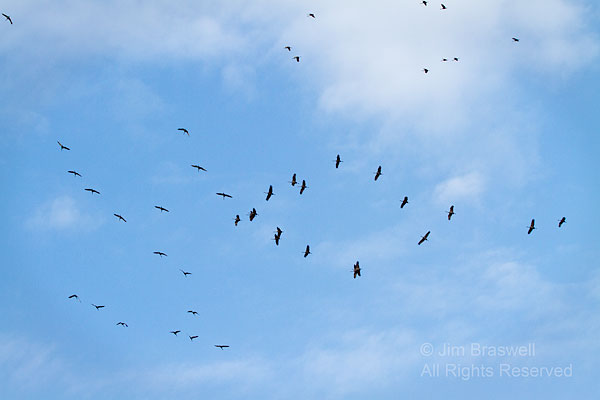 A few cranes were already on the ground, including these found in Big Salt Marsh: 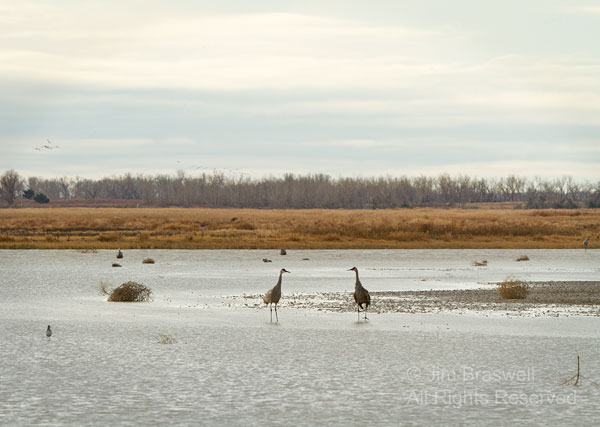 And this single bird that was found across the road, in some prairie grass. Not sure, but this one probably had been injured the night before in the strong storm. It was acting like it wanted to be alone, and not much activity from him: 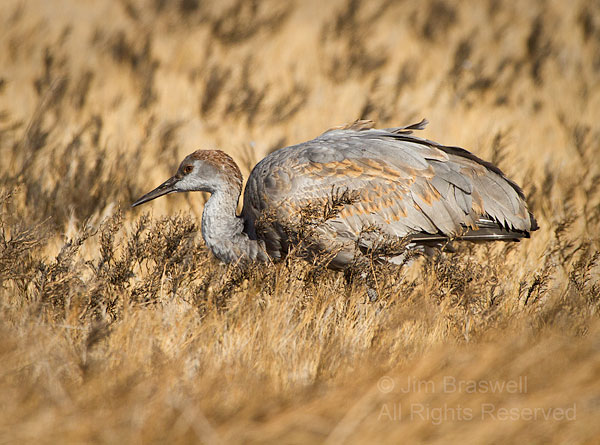 Even though the Whoopers were already gone, I did enjoy my time with the Sandhill Cranes. I’m already planning on a return to the Platte River in Nebraska in early spring, to photograph the thousands of Sandhills (hopefully, a few Whoopers, too!) as they migrate northward to their nesting grounds.