Back home, after some R&R at the Lake of the Ozarks. Actually, spent a fair amount of time working a new butterfly garden that I’ve helped a friend put in. Over the past few months, I planted multiple milkweed species, along with other butterfly-attracting plants, and while working in the garden last Friday, I had several Monarch butterflies visit me.

As they feverishly flitted around some Tropical Milkweed plants, I noticed at several times that the Monarchs were busy laying eggs. Later, after the Monarchs had left the garden, I inspected the plants and found quite a few eggs. A day later, I took my camera to the garden and photographed a few of the Monarch eggs (unfortunately, I hadn’t taken my macro lens to the lake with me, so had to use a small lens). Here are a couple of images of the Monarch activity.

In this first image, you can see a single, Monarch egg, just below and to the right of the plant’s flower. The egg is on the underside of a leaf, which is where the Monarchs typically lay their eggs: 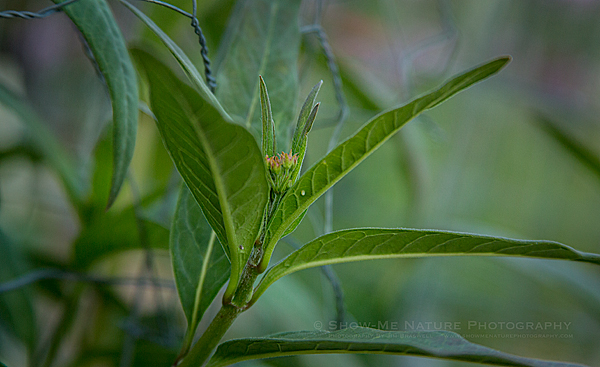 In this next image, you can see multiple Monarch eggs, again laid on the underside of a leaf: 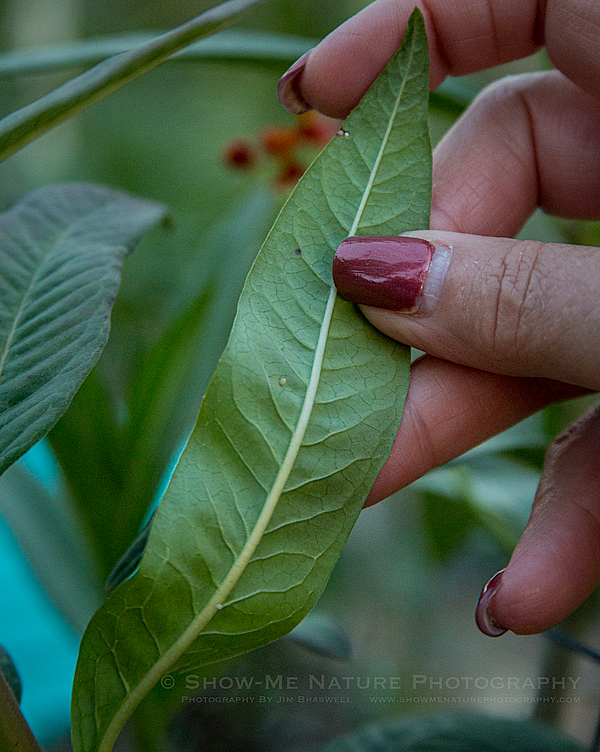 All in all, I found roughly a couple dozen of Monarch eggs, scattered about on the 6 Tropical Milkweed plants I had planted in the garden. My count is probably much lower than the actual number of eggs, as I made very quick counts. Now, I’m waiting for the little Monarch cats to hatch!