A few evenings ago, while strolling around our acreage, I checked our Eastern Bluebird (Sialia sialis) trail nestboxes and found that the bluebird pair that had fledged 4-5 bluebirds just a few short weeks earlier, had started their second brood with 4 beautiful, blue eggs! Thursday evening, my nestbox check found that one of the eggs had hatched. Friday morning, I checked on the box again and found that there were still 3 eggs in the box with the youngster. I quickly snapped this image of the scene: 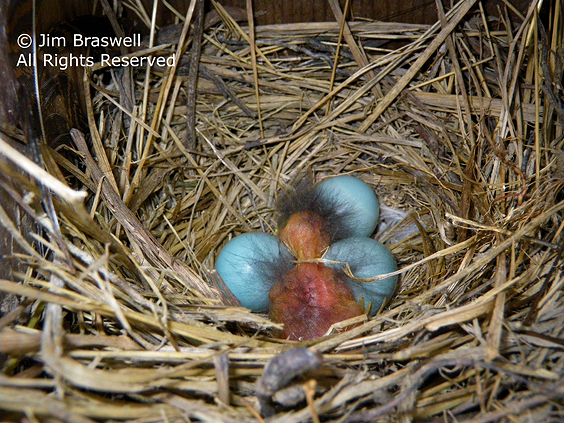 Interesting pose! Then it hit me … “Look, Junior is helping Mom by keeping brothers & sisters warm!”. Doesn’t look too comfortable, does it? I was beginning to wonder if Junior was okay, or not. Then it moved slightly, so I assumed it was alright and made a mental note to check it later in the day. Yesterday evening I trekked back out to the nesting box and gently opened it up. Junior was in a completely different position, so it looked like everything was ok, but still snuggled against brothers & sisters: 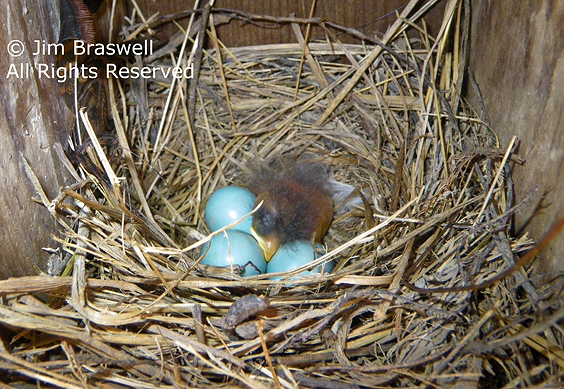 Then, as I was closing up the box, Junior raised his head and announced he was hungry: 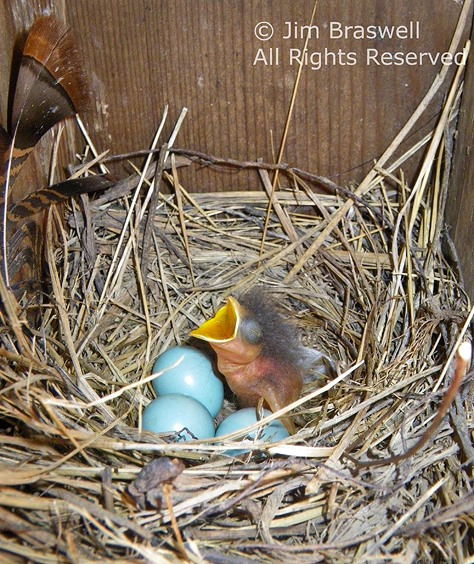 I quietly closed up the box and headed back to the house, feeling good that everything is going well for Junior and siblings. But I’ll be checking it later today for progress of hatching.