Last Friday evening saw a “new moon” (essentially no moon to be seen by the naked eye), so I packed up my night photography gear and headed to a farm field near my rural Missouri home. I had eyed the lone, tall silo on the farmland for a long time. Just a few days earlier, I ran across the owner of the property and explained how I’d like to shoot the night sky there; the owner was very kind and allowed me to come on the land to photograph the night skies (Thanks very much, Harold!).

During the evening, I set up two setups, one for capturing star trails with the north star (Polaris) just off the silo, and the second setup was to capture sharp, star points with the silo in the capture. As it worked out, I encountered an unexpected situation … when the night got very dark and the temperatures started to plummet, I began getting condensation on the lenses … bummer! With that, the star trails image was affected by the fogging and condensing of water droplets on the lens, so I was unable to grab a good image of star trails. Since the star point images are much shorter in duration, I was able to capture a few decent images before condensation began affecting those images. Next time, I’ll take my lens heater/battery setup to prevent condensation (the next new moon is October 30)!

Here are a few images that I captured before condensation started affecting the shots (note: I used a small flashlight to “light paint” the silo): 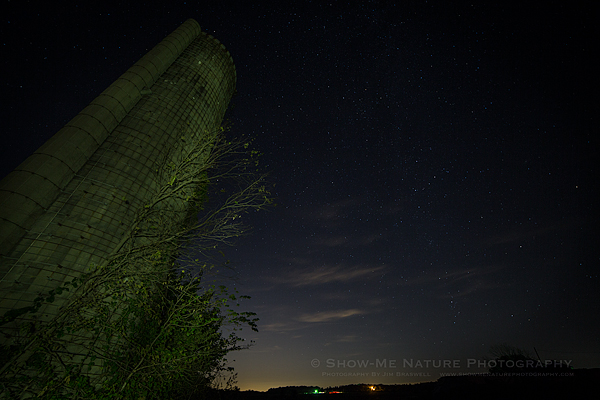 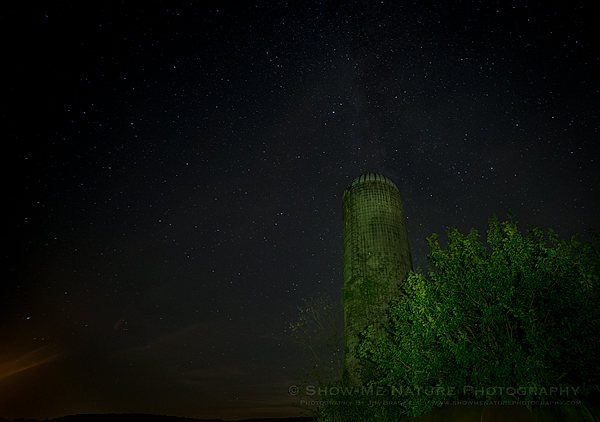 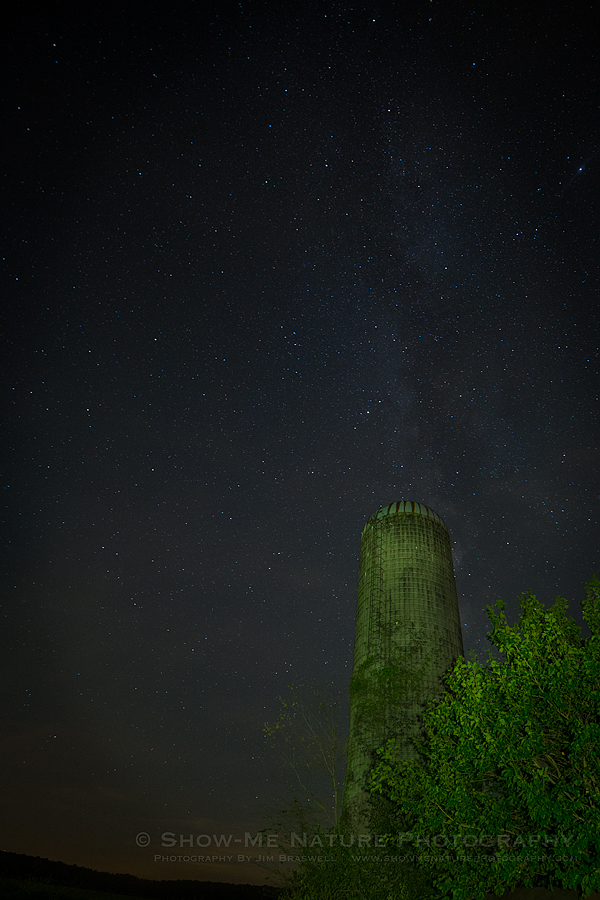 Besides having fun working at capturing the night images, I also had a rather interesting experience. As the night grew really dark, I first heard a coyote howling, off to the east of my location … then a second and then a third, all from the same area. Then, another group from the south began howling and yipping. Then some more to the north! It ended up with me being surrounded by at least 7 or 8 coyotes, howling and yipping for about 10 minutes. I also was serenaded by at least two Barred Owls and a single Great Horned Owl! What a grand way to spend Friday evening!