Today’s post features some of the images captured late at night over the Park Avenue area of Arches National Park (Utah). In my previous post (“Little New York”) I featured some daytime images of the area, but today’s post has a little bit of everything in the night sky. Here are my favorites:

This first image is a stitched panorama that I captured by grabbing 6 images (slightly re-positioning the camera with each successive shot, then stitching together in Photoshop) of the night sky over Park Avenue. The many stars overhead are part of the Milky Way. Adding some interest were some low-level clouds: 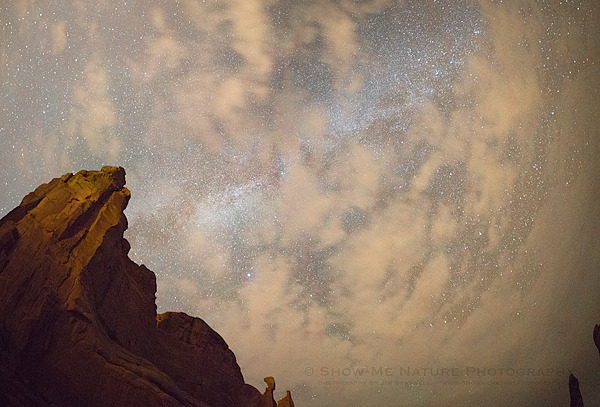 This next image is a long exposure shot of the overhead sky, working to capture a single image star trail (the white areas just above the rock wall is part of the Milky Way): 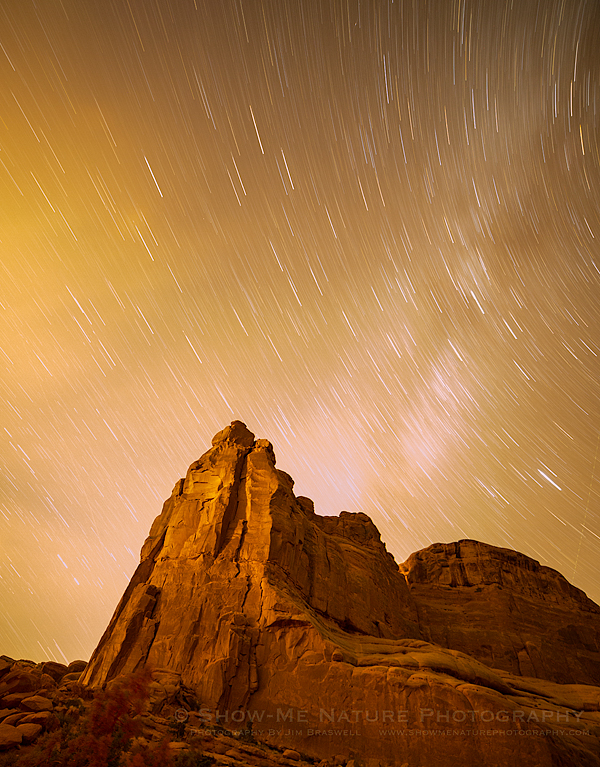 When I captured this next image, everything was on my side! Not only was I able to capture the Milky Way over the rock wall, but the image contains 3 meteors (Leonid meteor shower that was in progress). Can you find all 3? 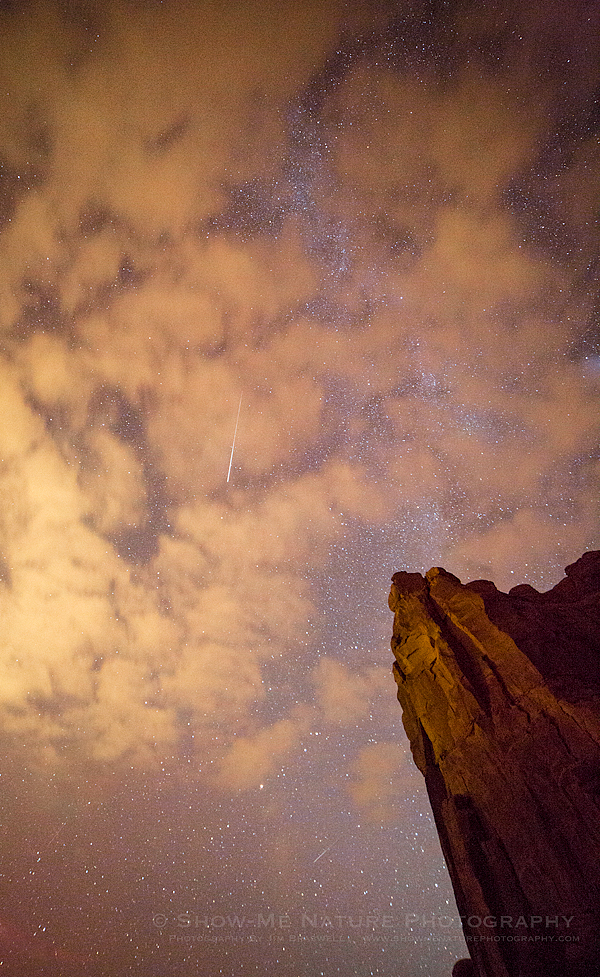 If you couldn’t find all 3 meteors, I have marked each with a red oval: 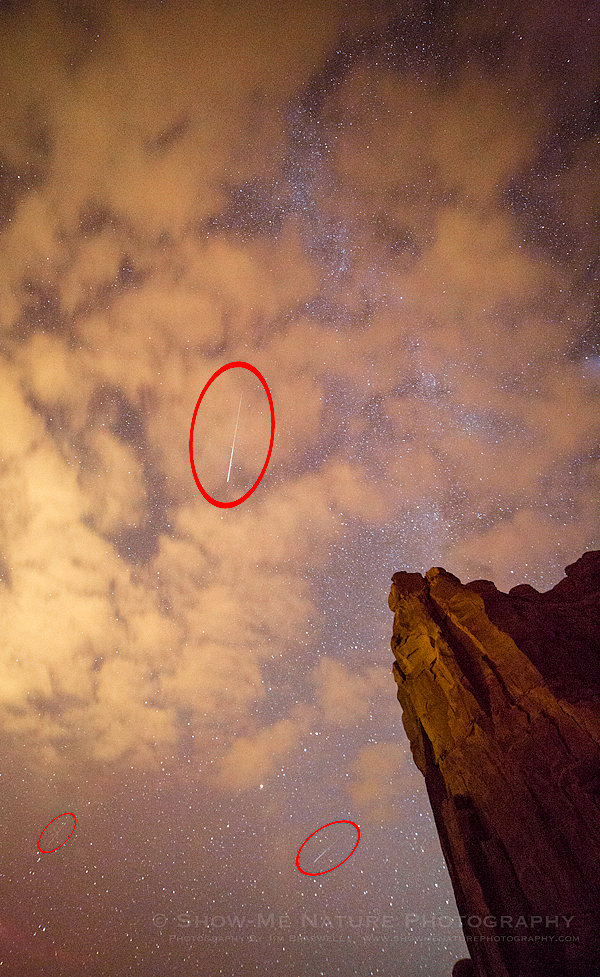 Today’s post was all about why I chose to drive out to Arches NP for some night time photography. Since learning the techniques, I have absolutely fallen in love with capturing our heavenly skies at night. My “bucket list” for night captures is growing by the day … hope to fulfill more of those list items, over the next few months :o)

In upcoming posts, I’ll share more night skies over and through the arches of Arches NP.