An adult Orca heading straight toward our boat, Delphinus, in British Columbia, near the Johnstone Strait: 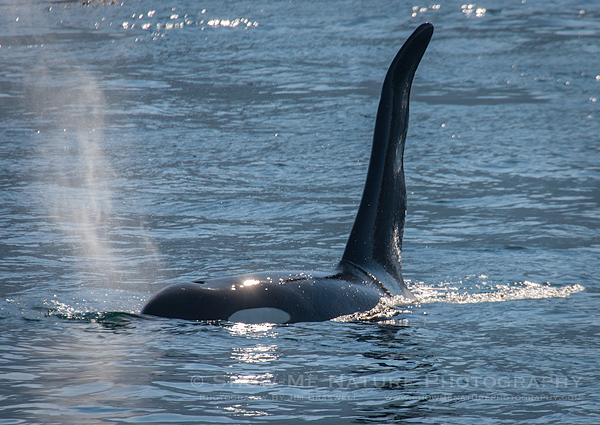 Inside the wonderful museum at Telegraph Cove, BC (The Johnstone Strait Killer Whale Interpretive Center), there are some awesome displays of whale and other marine mammals, but most of the museum deals with the Orca “Killer” Whale. Several posters hang in various locations, educating visitors to the Orca and his behaviors and biology. Here are a few I photographed (I hope you can read them … they give a lot of interesting facts about the Orcas).

How do Orcas hear, or make sounds? Probably not like you think!: 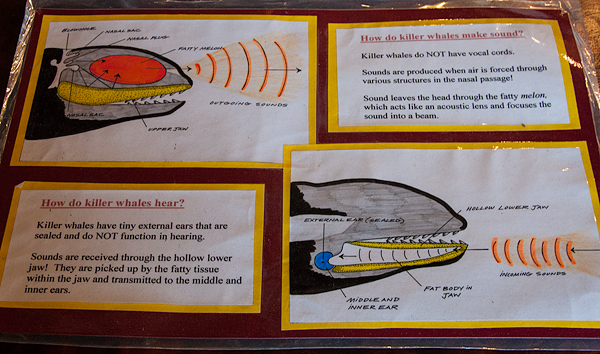 Echolocation is how Orcas find their prey, whether it be salmon (resident pods), or other marine mammals (transient pods): 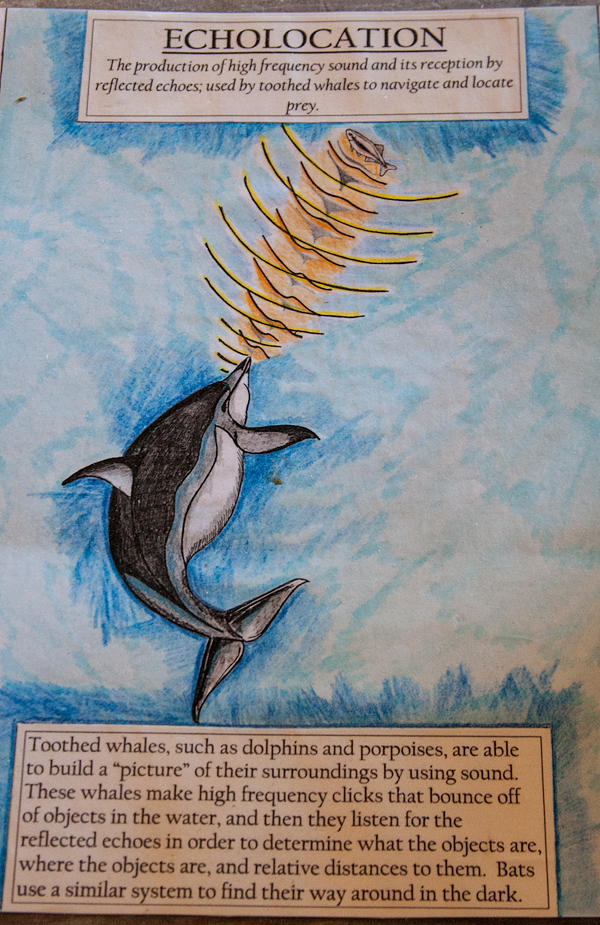 Sorry for the quality of this next poster … the overhead lights played havoc on the shiny coating on the poster, but shows the 3 types of Orcas typically found, the Resident pods, the Transient pods and the Offshore pods: 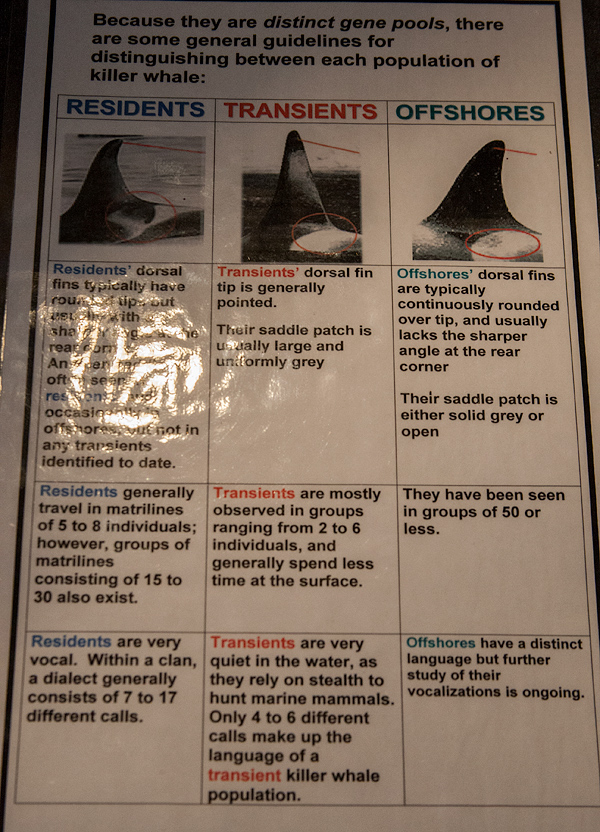 And one last poster, showing the locations of Orcas in the BC waters: 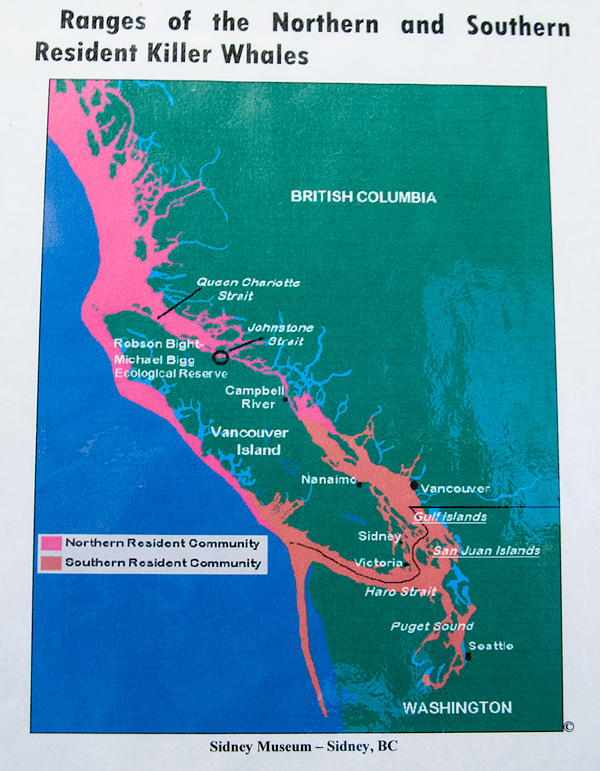 Our adventure began at the north end of Vancouver Island (just above where the map shows “Queen Charlotte Strait”) and proceeded down the inner waters, through Johnstone Strait, Campbell River, Nanaimo, and ended up in Friday Harbor, Washington, USA (Friday Harbor is contained within the “San Juan Islands”, near the bottom of the map). It was a wonderful trip, with us making the trip in 8 days on the boat. Ending up in Friday Harbor, we toured another wonderful museum, the Orca Museum, in Friday Harbor. If you ever get a chance to make this trip, don’t think twice! It is well worth the time. :o)

Tomorrow I’m heading out for a “Wintering Bald Eagle” photography workshop that I’m doing with a small group of photographers. Should be a lot of fun and I’m hoping for some really great photo opps for everyone. I’ve been preparing some posts ahead of time, so I’ll likely be posting while I’m on the workshop. In fact, I’m hoping to publish some bald eagle photos while I’m there.