Day 1 of the 2008 Orca trip was a shortened day on the water. Getting underway, then stopping to meet and learn about the projects of the whale researchers took most of the day. Towards the end of the day, we left Sointula harbor and began our official orca journey. Stopping on Village Island for a historical look at the area, and collecting berries took the rest of the day. We anchored at Maude Island for the night. On Day 2, we got underway and began finding lots of Orcas. Traveling down Blackney Passage and into Blackfish Sound, we found lots of Orcas. Here are a few of the images I captured in this area: 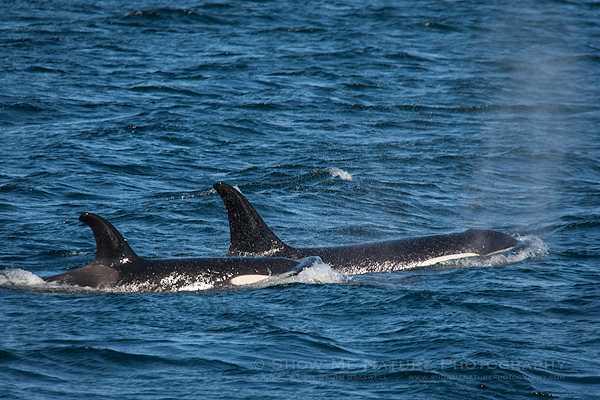 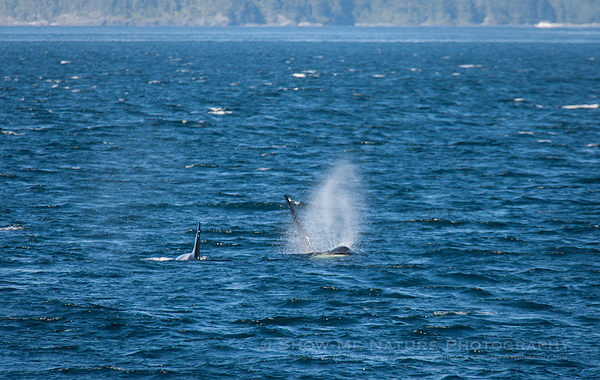 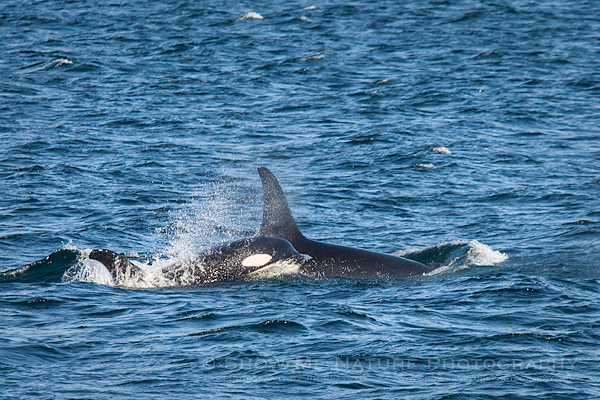 Although most of the Orcas appeared to be loners, or maybe with another Orca, we did come upon this pod of 6 that were traveling: 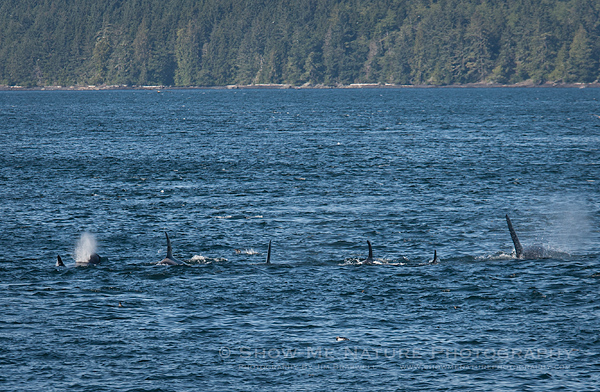 Later in the afternoon, we visited another research station where we learned about the activities here (several spotting scopes were on the deck and scrupulous records were kept of Orca numbers passing by, along with the pod ID, when possible). I’ll show some images from this cove in the next post.