We awoke on Day 3 of the workshop, still anchored in Pack Creek Bay. Scanning the shoreline, we were not only able to see a few brown bears working the shoreline, but there was an eerie look to the landscape … fog was slowly moving through the area: 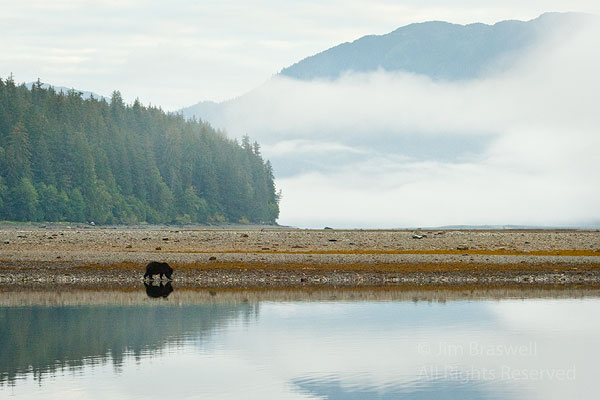 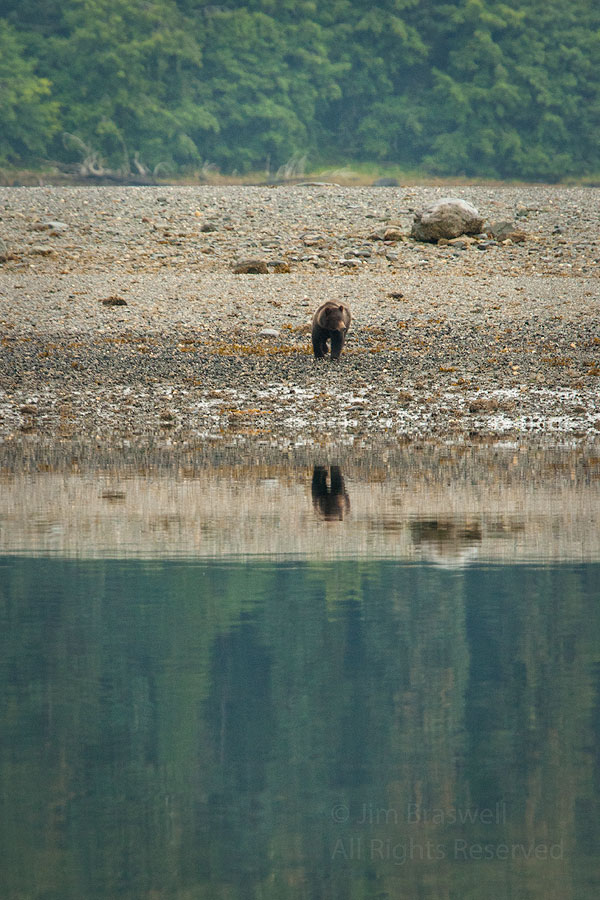 Then, we saw a situation that tends to tug at the heartstrings a bit … a mother brown bear chasing away her older cub so he can live on his own. We watched this scene play out from the deck of the Delphinus. First, a sow walked over the gravel bar and headed down to the shoreline to look for salmon along the bank. Not long after she appeared, another brown bear came over the gravel bar, following the first bear. This second one, although a decent sized bear, was noticeably smaller than the first one. As the older bear walked the shoreline, the younger one mirrored her movements … only at a distance (maybe 50 feet): 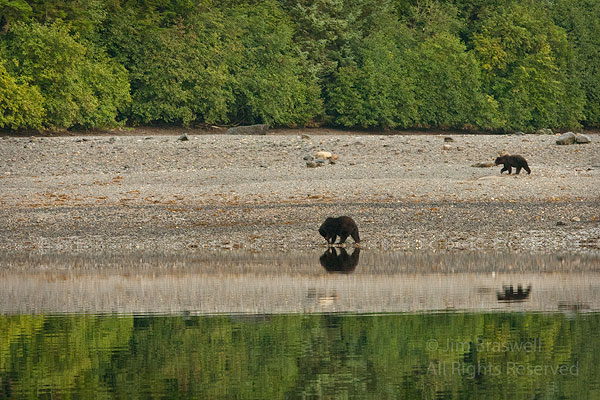 Twice, the older sow would turn toward the younger bear and attempt to chase it away. With little success, the sow eventually turned and began running hard at the cub: 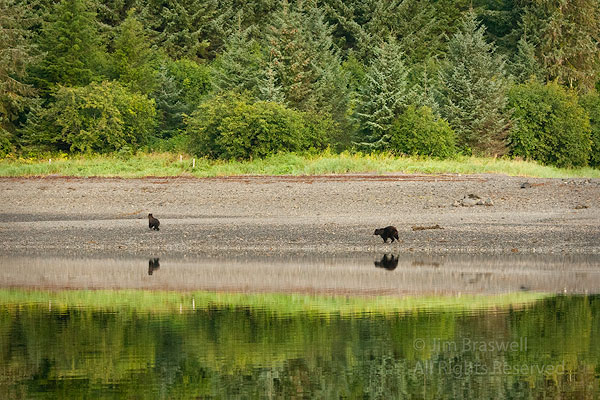 We couldn’t see if the sow was successful in chasing her cub away … the last we saw of them, they were a long distance down the shoreline and both were still visible. This action typically occurs when the cub is either 2 or 3 years old. At that time, the sow has had some time to teach her youngster how to live and survive in the wild, and she must chase it off so that she can mate and give birth to another generation of brown bear cubs. Knowing this is how nature works and that this action must occur, it is still a bit difficult to watch. What is the youngster thinking? But I really wonder what is the mom thinking. Do you think her heartstrings are pulled, too? With the 2-3 years of bonding, you would think she must have some deep feelings for the cub!

One additional thing I want to point out in the last image (above). If you look closely, you can see several ropes running down the shoreline and into the water. These lines are all hooked up on a pulley system and are used to keep bears off boats of visitors to Pack Creek. When a small skiff drops off visitors, the line is attached to the skiff and the rope is pulled to move the skiff out, away from the shore, so that the bears cannot easily get into the boats!

And the last image in this post is a pair of adult bald eagles that are scavenging fish remains that brown bears have left on the bank: 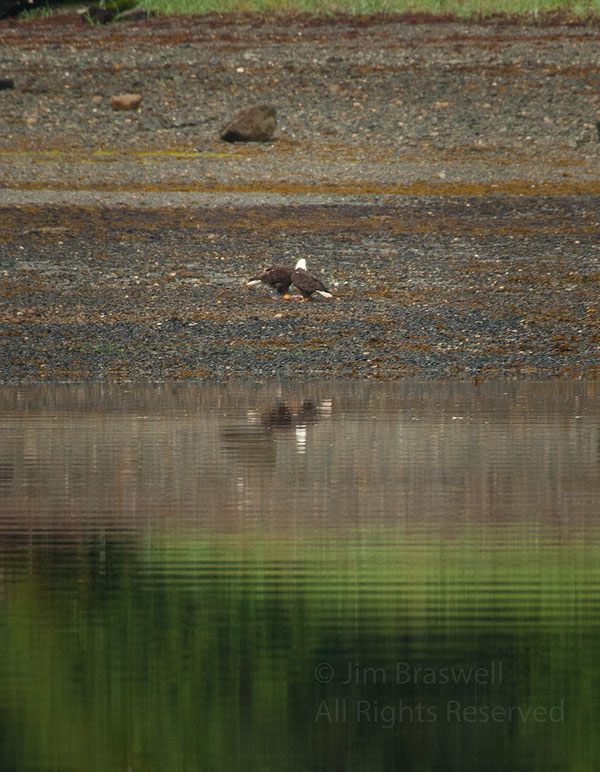 In my next post, I’ll conclude our visit to Pack Creek with some more images (and possibly a short video) of brown bears we photographed as we once again hiked to the viewing area along the bank of Pack Creek.