Today’s post highlights the reason behind my recent trip to Mount Evans, in the Colorado Rockies … to capture the annual Perseids meteor shower over the mountains. This trip was a mixed bag. I managed to capture a couple of meteors, but the weather was not conducive to capture the large number of meteors that typically are the Perseids. As it turned out, peak night was totally washed out by a heavy cloud cover and rain. On the night I made this post’s capture, the night before peak, I was able to shoot for only a couple of hours, and only during the early evening hours, before the Perseids really started raining down. 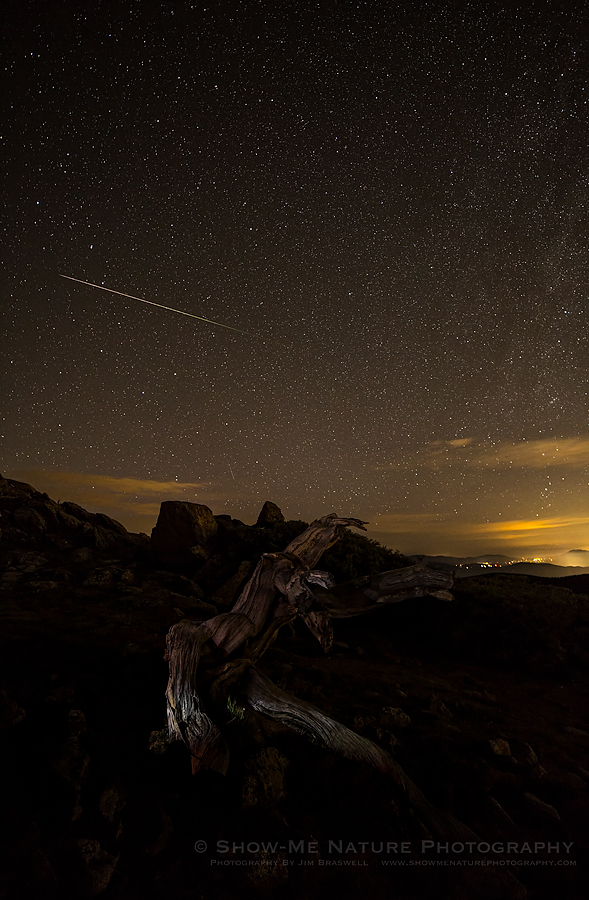 And if you look very closely, you can see a weak meteor in this image (located below the obvious meteor, towards the righthand side, and shooting down towards the bristle-cone pine stump)

With my very short access to the meteor shower, I did manage to get out early in the morning for some wonderful Mount Evans sunrises. I’ll share some of those in upcoming posts.